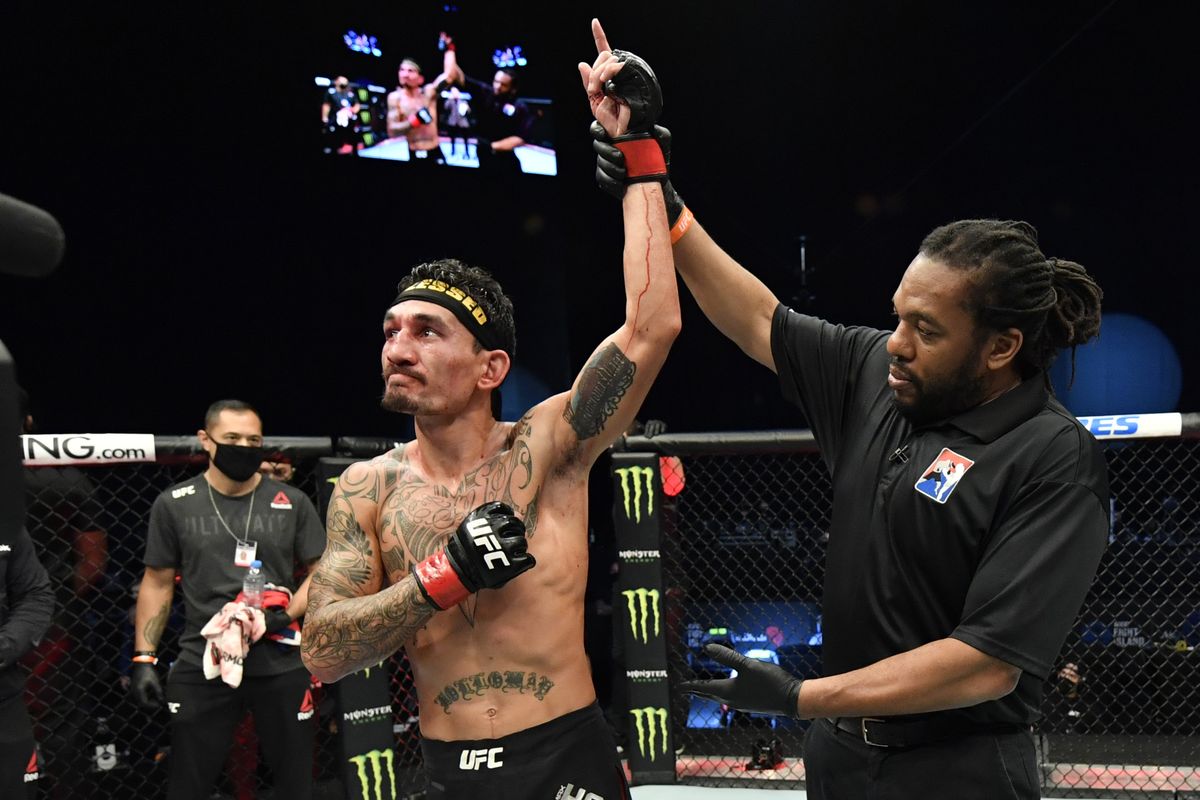 First, what a performance by Max Holloway. He’s more than earned a distinction amongst the very best featherweights of all time.

Calvin Kattar possesses some of the best boxing in the entire UFC. Thus, the way Holloway dismantled him was stunning. For 5 rounds, he overwhelmed Kattar with elbows, pressure, body shots, and beautiful straights.

Masterfully, Holloway supplanted himself as the main contender in an evolving division. With Brian Ortega and Zabit Magomedsharipov hot on his tail, Holloway was able to shift the discussion to his status.

After the controversial loss to the champion Alexander Volkanovski, many feared that Holloway could get lost in limbo. He was now 0-2 to the champ in two close fights. Therefore, the interest for an immediate 3rd fight was middling at best.

Holloway had to stamp himself in his next performance. He more than stamped himself by breaking records such as significant strikes landed and total strikes landed.

Volkanovski vs Ortega seems to be penciled in next, but Holloway may be the next one up for the winner. However, Zabit is poised to come back soon, and his style is unique enough to present challenges. Holloway may look to wait or take a fight against a new star. The fight would be a risk, but Holloway has proven himself against one new star.

However, Holloway proved himself to many even if it wasn’t necessary. Holloway was able to garner excitement for a possible 3rd fight against Volkanovski with one performance. Hence, he should be next in line.

NHL Teams Honor Willie O’Ree’s Impact On The Game Of Hockey On MLK Day
Did The NBA Make A Mistake?