Have we seen the last of Mr. Triple Double? 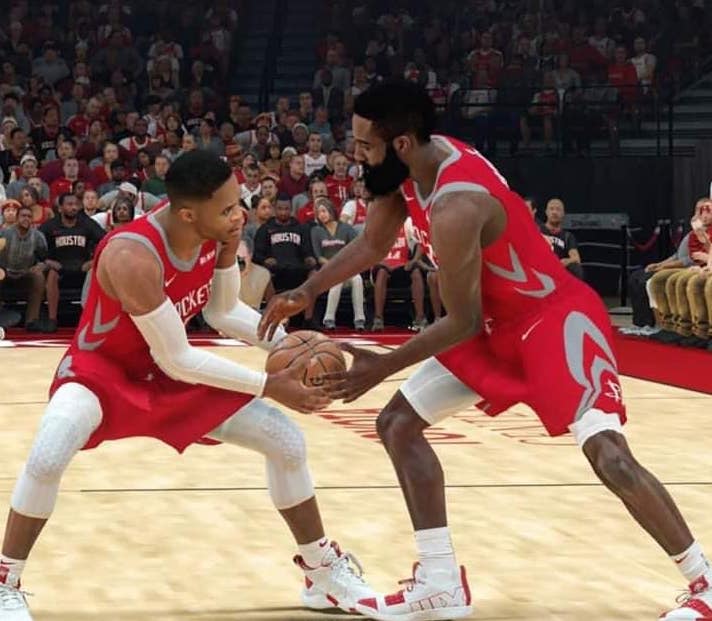 What we expected to see with two ball-dominant players; what we saw in Japan last night was much different.

For years, Russell Westbrook has carried the mantle of hero, villain. Passive, aggressive. Alpha male, sidekick. Blamed or cause celebre.

He’s been blamed for Kevin Durant’s desire to move on to the Golden State Warriors, then targeted as trying to do too much; shooting more than he needs to, hurrying said shots, allegedly forgetting he has teammates.

It’s easy to fall into those stereotypical categorizations when you encounter a player with the amazing talents and athleticism that Russell Westbrook possesses. Even easier to criticize when things don’t line up the certain way that fans have pre-set expectations in their head.

But does anyone appreciate what Westbrook brings to the game?

After all, Russell Westbrook has been Mr. Triple Double the last three seasons.

People don’t realize the magnitude of such a title – Russ made it look so easy that people simply expected it instead of being wowed by his accomplishments.

As for me – I spent five years in the Oklahoma City locker room. I view him in the light that Steve Martin said to Mary Steenburgen in ‘Parenthood’ – “my whole (basketball) life is ‘have to.’”

He hasn’t had a choice … until this summer.

Houston was a choice.

Reuniting with former Oklahoma City Thunder teammate James Harden with the Houston Rockets may bear the fruit both Westbrook and Harden have sought since their flirtation with an NBA Championship as members of the Thunder in 2012.

Make no mistake, this is Harden’s team and we may have seen the last of Mr. Triple Double as we’ve come to know him.

It was Harden with the triple double against the Shanghai Sharks (10 points, 12 rebounds, 17 assists) in the team’s 140-101 opening exhibition game; Westbrook had the DNP that night.In a 109-96 win over the Los Angeles Clippers, Harden went for 37, seven and seven while Russ sat out again, this time in Honolulu.

In front of over 20,000 in Saitama, Japan we saw the Rockets suffer their first defeat at the hands of the reigning NBA champion Toronto Raptors, 134-129. Harden shot 78.6 percent en route to a 34-point night, while Westbrook debuted with 13, two and six, while committing five turnovers. Last night, the Rockets even it up with Toronto in Saitama, winning 118-111 behind 22 apiece from both Harden and Westbrook, Harden’s shooting percentage nearly half last night what it was on Tuesday night.

And maybe, just maybe, yesterday’s game against the Raptors gave us what we needed to see to define Westbrook’s role in Houston as they chase the jewelry – not alpha male, not sidekick, not hero, not villain – but teammate.

Co-hero. Co-villain. Co-alpha. Co-sidekick, if you will. Passive when Harden is aggressive. Aggressive when Harden’s game is passive. It happens. But rarely do you see two players so complementary to one another’s game as you did last night.

Doesn’t always have to be a Batman and a Robin. Maybe Russ can help James Harden, Eric Gordon and Austin Rivers become additional Ninja Turtles – that band of brothers. Mike D sure as hell is starting to look a little like Splinter.

But on the serious tip, we need to applaud Russell Westbrook for those special three consecutive seasons carrying a triple double average of 26.6 points per game, 10.6 rebounds per game, and 10.4 assists.

We may never see this again, but we’ve certainly become passive about what a great accomplishment this has been.

What comes next is up to the chemistry between Westbrook and his new teammates, which so far – on foreign soil – looks good. In pre-season.

Can’t wait for the regular season … and for the last two of the original Band of Brothers from OKC to get what they’ve sought for so long.

Greatness. And that ring.