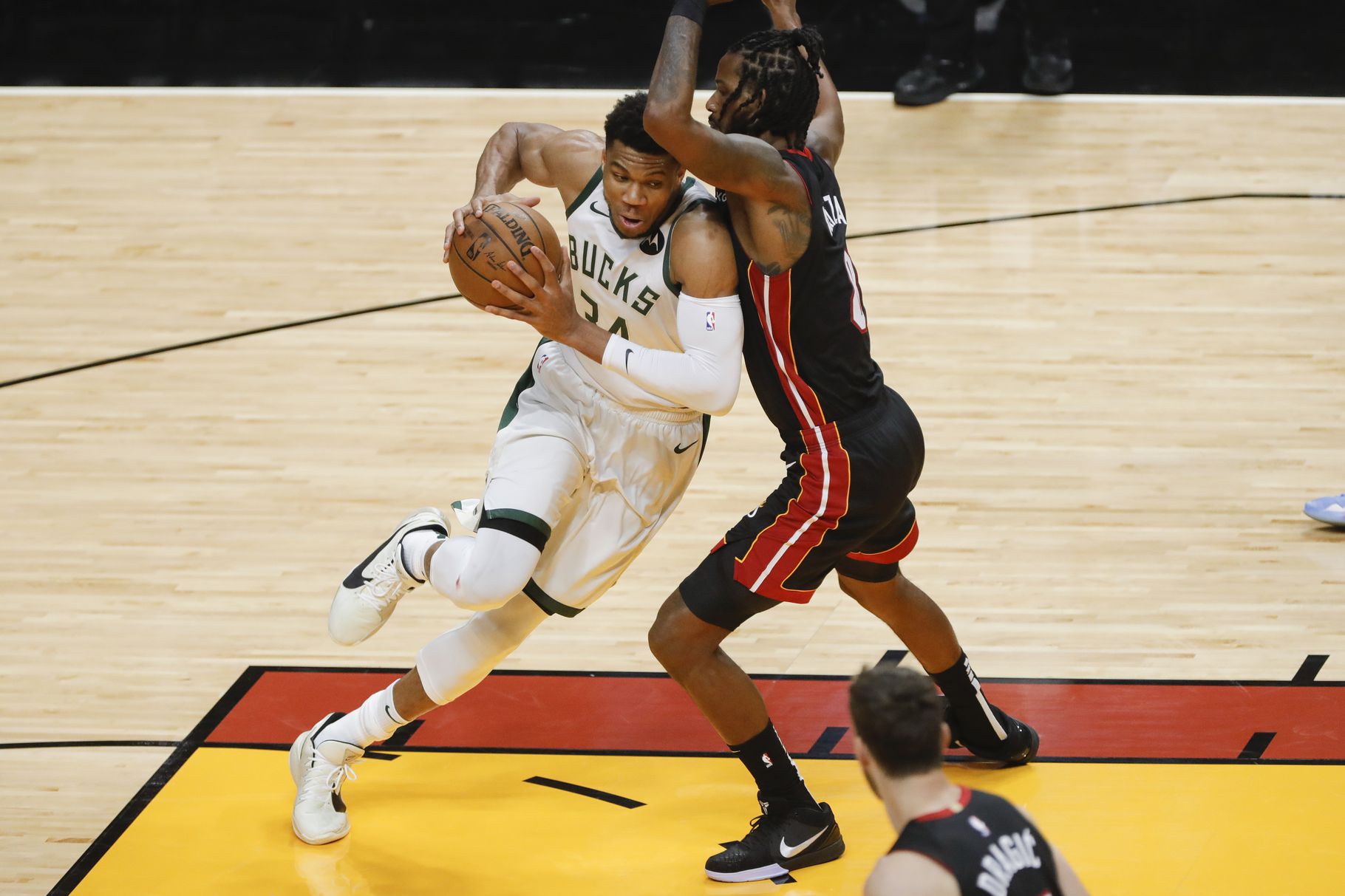 Going into Saturday afternoon’s game four matchup between the Miami Heat and Milwaukee Bucks, many fans predicted this to be the final nail in the coffin for Jimmy Butler and the Heat. The Bucks held a demanding 3-0 series lead over the Heat, winning two of those games by at least 25 points. The Heat had yet to get anything going, as both Jimmy Butler and Bam Adebayo had struggled in the three games thus far. In those three games, Butler shot an underwhelming 30.6% (15/49) from the field, while Adebayo shot for a disappointing 40% (16/40). With many fans counting out the Heat for Saturday’s matchup, saying that the series was already far over, the Heat had a chance to make a little bit of a run and potentially even shock the world rather than rolling over and giving up.

Miami came out quick, showing a lot of energy and passion in the early minutes, something they had struggled to do throughout the series. The Heat took a pretty commanding 22-12 lead late into the 1st quarter, with everything seeming to be clicking in the right direction. Butler and Adebayo were attacking early and playing aggressively, something that the Heat have been desperate for in this series, and their shooters were knocking in their shots. Trevor Ariza, however, was the MVP of the quarter, as he scored an impressive 11 points in the 1st off of 4-5 shooting from the field and three hits from beyond the arc.

The Heat showed no signs of slowing down in the 2nd, as they continued to take control of the game. Shots continued to fall as Tyler Herro made some huge buckets off the bench for Miami, and Andre Iguodala knocked down a couple of threes and added on another score to continue a run for Miami. The difference for Miami throughout this half was the defensive effort to slow down Giannis Antetokounmpo. Giannis finished the first half with only 5 points off of 1-7 shooting from the field and 0-2 from beyond the arc. The Heat entered the half with a 64-57 lead and all the momentum on their side as they had over 15,000 fans in the American Airlines Arena on their side.

The 2nd half would quickly turn the other way, though, as Milwaukee took over fast. The Bucks opened the half with a 15-4 run and took their first lead since the 1st quarter (2-0) midway through the 3rd quarter as they led 72-68. Milwaukee found a way to slow down Miami’s hot shooting, and heated up both beyond the arc and in the paint to help push Milwaukee to an early 2nd half run. Bucks’ 6th man, Bryn Forbes, helped give the Bucks the momentum to take the lead back in this game as he delivered two hits from three in the quarter to extend the Milwaukee lead. Another unexpected factor for the Bucks during this quarter was the dominance of Brook Lopez under the basket, as he had 8 points in the quarter along with 3 rebounds and a block. However, the Heat began to fight back, as they ended the quarter on an 11-5 run cutting the Milwaukee lead down to just 6 points.

The Bucks shut down the Miami offense in the 4th quarter, eliminating any chance of the Heat getting back into this game. The Heat would only score 18 points in the fourth, as Milwaukee’s defense proved to be too much to handle. Brook Lopez had another stellar quarter as well, as he scored 9 more points and pulled in 3 additional rebounds. Lopez would finish the game as the Bucks leading scorer with 25 points (11/15 FG) and 8 rebounds. Bryn Forbes also was a killer in the box score for Milwaukee as he finished the game with 22 points off of an insane 7/14 performance from beyond the arc. Despite his first-half struggles, Giannis would finish the game with a triple-double (20 points, 12 rebounds, 15 assists), and Khris Middleton added on 20 points for the Bucks as well.

Despite the 120-103 final score, there were a couple of positives for the Miami Heat in this game. Bam Adebayo played his best game of the series by far, as he recorded a double-double with 20 points and 14 rebounds. The Heat also showed some energy and fire this afternoon, which fans had been begging for throughout this brutal series for Miami.

The Bucks will now wait for the winner of the series between the #2-seeded Brooklyn Nets and the #7-seeded Boston Celtics to match up against in the Eastern Conference Semifinals. The Heat will stay in Miami and begin the next steps to bring this team back to the level to compete for an Eastern Conference Championship as they did in the bubble.