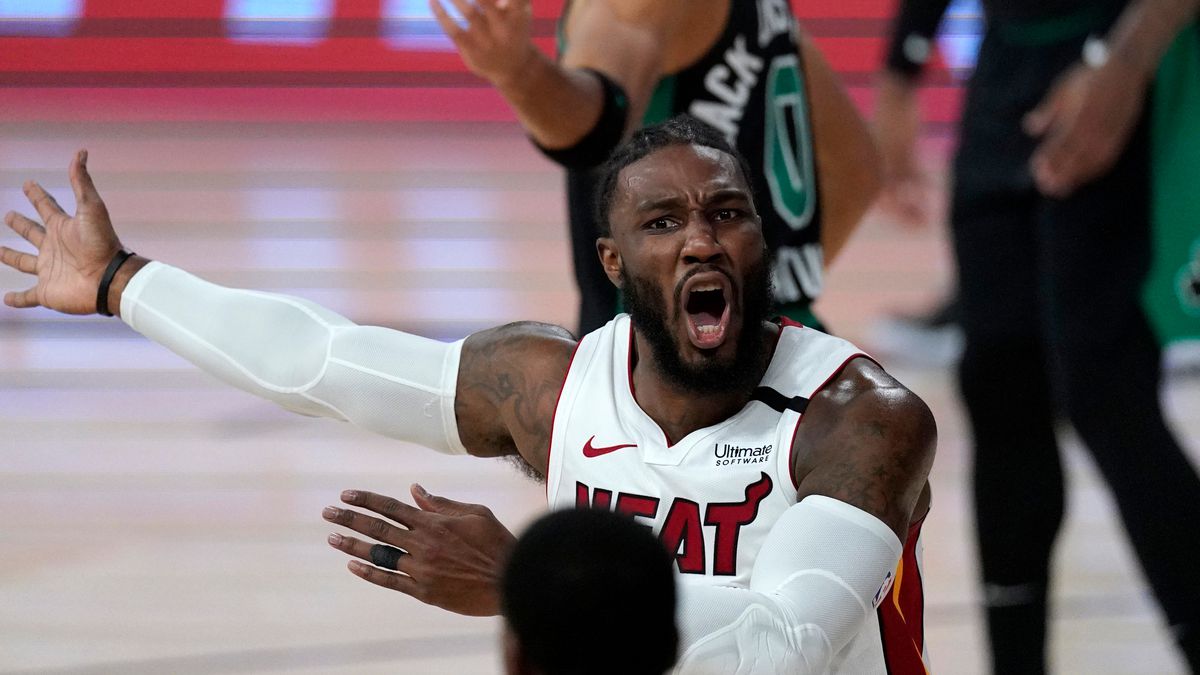 In what was a very exciting Game 1 of the Eastern Conference finals, the underdog Miami Heat came out on top 117-114 due to the team ball that the Heat have become known for all season. Despite being down 12 at one point, the Heat fought back to force an overtime, where the extra five minutes worked out in their favor.

In OT the Heat shot 42.9% from the field and 50% from behind the arc, meanwhile the Celtics couldn’t buy their offense. They made three out of their 10 field goal attempts, none of which were three pointers. To cap it all off, with the shot clock turned off and the Celtics down 114-116, Jayson Tatum drove in for a dunk, just to be met at the rim by Bam Adebayo for an incredible wrist-bending block to keep the Heat up two. The former Wildcat has been dominant all year long and picked a great time in this year’s unique postseason to show why he made the NBA All-Defensive Second Team.

“That’s a winning play. Putting your body on the line and rotating the way that he did,” said Heat F Jimmy Butler. “Bam’s been our savior on that end so many different times throughout the year.”

Adebayo finished with a near triple-double on the night dropping 18 points, dishing out nine assists and grabbing six rebounds.

He wasn’t the only one that had it going though. Miami had five players score in double digits, including Tyler Herro who also notched a near triple-double off the bench with 12 points, nine assists and 11 rebounds. Goran Dragic led the way with 29 points.

The Celtics also had five players score in double digits, but were slightly less efficient, especially when it mattered most.

As far as the team is concerned, statistically the Celtics had a good game, it’s just that whatever they did, the Heat did slightly better.

One of the things that fall into that category is points in the paint. The Celtics average 46.6 PPG in the paint this season, but this night they only scored 26.

As you might imagine this game probably rattled Boston, the favorites to win this series, but according to Celtics Head Coach Brad Stevens it’s nothing that isn’t correctable.

“We’re going to have to figure out better ways to attack. I thought we really moved it at times, and then we did get stagnant,” said Stevens. “The fouls killed us, and then the transition, our transition defense in addition to playing slower and pounding the ball more. So we’ve just got to be a lot better in all [of] those areas.”

Tune in to Game 2 tonight at 7:00 p.m. EST on ESPN to see what adjustments are made.