Heat vs. Bucks II, What Makes This Year Different? 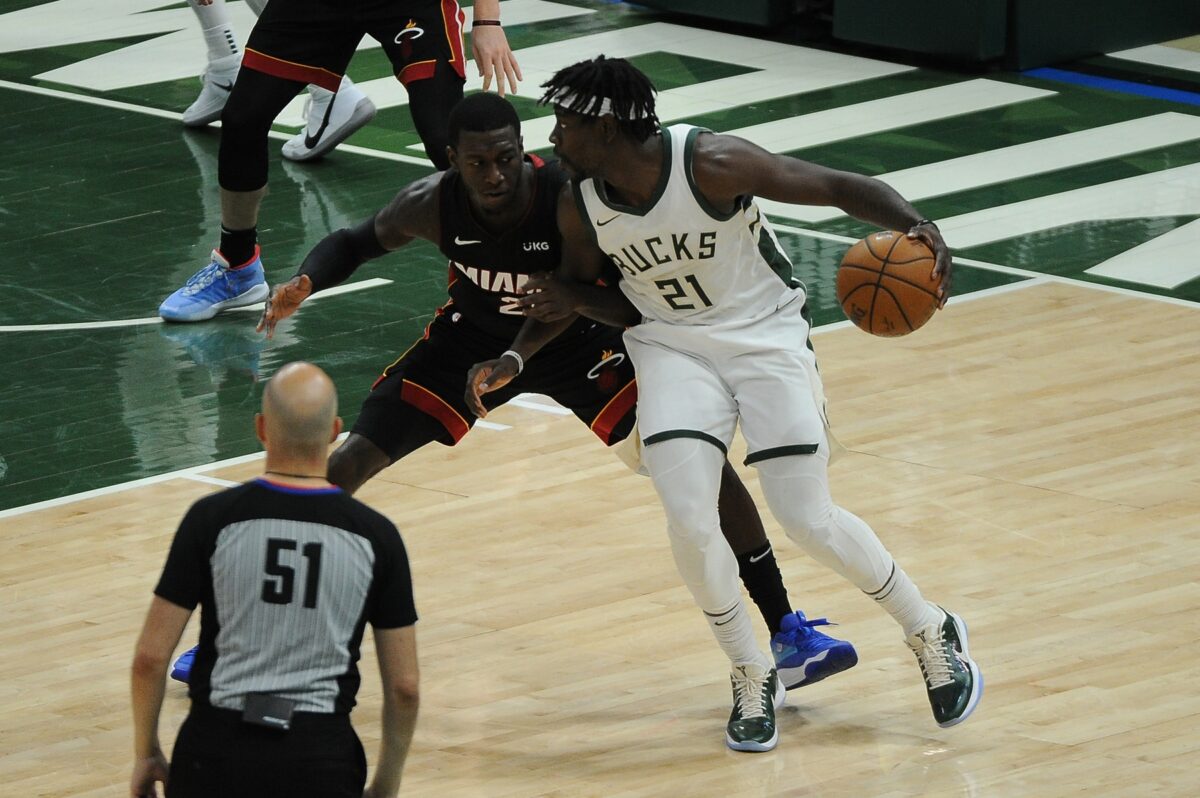 As the final day of the 2021 NBA regular season came to a close, matchups for the first round of the playoffs began being locked in. There are lots of exciting matchups that fans are taking note of, including the New York Knicks making their long-awaited return to the postseason with a matchup against the Atlanta Hawks, a rematch between the Los Angeles Clippers and the Dallas Mavericks from last season’s post-season in the bubble, and the possibility of the electrifying Phoenix Suns either meeting LeBron James and the Los Angeles Lakers or Stephen Curry and the Golden State Warriors in the first round. As exciting as those matchups may seem, fans seemed to turn their eye on one matchup, in particular, a matchup that fans have been very familiar with recently—the 3rd seeded Milwaukee Bucks against the 6th seeded Miami Heat.

The Bucks and Heat met up last season in the bubble, with many fans expecting the number one overall seeded Bucks and reigning two-time MVP Giannis Antetokounmpo to take care of Jimmy Butler and the Heat swiftly. That couldn’t have been further than the case, as Butler and the Heat dominated the start of the series, jumping out to a 3-0 series lead. The Bucks would get one game against the Heat in Game 4, avoiding the sweep, but would fall in Game 5. This would advance Miami to their first trip to the Eastern Conference Finals since 2014. They would shock the NBA world again, beating the Boston Celtics in six games, but would fall short to the Lakers in the Finals, losing in six games.

Many fans have predicted that this year’s series will go to at least six, maybe even seven games, and for a good reason. The Bucks will have a massive chip on their shoulders to avenge their series loss from last post-season, and the Heat are entering this post-season with the mentality of proving the crowd calling them “bubble-flukes” wrong by making yet another run.

Although a series between these two teams is fresh in our minds, don’t expect it to look the same. A year later, these two teams and the environment they’re competing in don’t exactly look the same as they did last post-season. There are three factors in this year’s series that I think will have the potential to control how this series ends up.

Quite possibly, the most significant difference between last year’s series to this year’s has to be the environment in which these games will take place. Last season, these teams met up in the bubble, where at the time, each player was only allowed to have four guests in attendance. However, this year games will take place both at the Fiserv Forum in Milwaukee and the American Airlines Arena in Miami. The Milwaukee Bucks announced earlier this week that they would bump their attendance for the playoffs, allowing 50% capacity or approximately 9,000 fans to attend games in the Fiserv Forum. Miami also announced that they would increase attendance for their home games in the playoffs, allowing 44% capacity or approximately 8,600 fans to enter the American Airlines Arena.

Many consider the bubble environment the main reason why the Miami Heat were so successful in not only their series against the Bucks but the entire 2020 playoffs. Many fans claimed that the Heat were built for an environment like the bubble, which is the only reason they made their historic run last year. Playing back in a traditional arena with thousands of screaming fans can affect how a team plays, which may end up being the thing Milwaukee was missing last post-season. For all we know, though, it could be the same exact thing the Heat may have been missing as well, as they could very easily perform just as well or even better with both fans on their side and rooting for their downfall.

Throughout last season, it was known throughout the league that Jrue Holiday didn’t plan to stay with the New Orleans Pelicans for a long-term deal, so his name was prevalent when it came to trade talks. Dozens of teams were mentioned in the race for Holiday, the Miami Heat even becoming a popular pick among fans on where Holiday would end up landing. However, it was announced that the Milwaukee Bucks would be sending Eric Bledsoe, two future 1st round picks, and swap two future 1st round picks in exchange for Jrue Holiday.

Jrue Holiday has been solid for the Bucks in his debut season with the team, averaging 17.7 PPG, 4.5 RPG, 6.1 APG, and 1.6 SPG. Holiday has helped the Bucks become even more assertive on the defensive side, as pairing him with reigning Defensive Player of the Year Giannis Antetekoumnpo has caused many teams to struggle when matched up against the Bucks. Jrue Holiday has also become another addition to a lethal lineup from beyond the arc for the Bucks, who have been in the top 5 in 3-pointers made in the NBA for the last three seasons. Holiday has made 111 threes this season while shooting nearly 40% from beyond the arc.

During last season’s series between the Bucks and the Heat, Milwaukee struggled when it came to the one spot on the floor, as Eric Bledsoe couldn’t get in a rhythm against Miami. In his four games he played in the series, he only averaged 11.8 PPG off of 33% shooting from the field and 21% from beyond the arc. Bledsoe and the rest of the Bucks guards also struggled to defend the Miami guards last postseason as scoring became an easy task for them. Goran Dragic had a spectacular series, averaging 19.8 PPG while shooting nearly 44% from the field.

Replacing Eric Bledsoe with Jrue Holiday is a very dangerous thing for the Miami Heat, as he is a piece that Milwaukee was looking for last year in the bubble. If Holiday can lock down the sharpshooters from Miami and continue to hit shots on the offensive side, then Miami may be in a bit of trouble this season, unlike last year.

The Return of Kendrick Nunn

Last season in the bubble, we didn’t really get the chance to see Kendrick Nunn play against the Bucks, as he seemed to be out of the Heat’s main rotation and only played a minimal amount of minutes. Nunn only played over 15 minutes twice in this series, both games being games that seemed to be out of reach by the time the fourth quarter came around. The Heat didn’t find a need for him last season as they usually went with Goran Dragic and Duncan Robinson as their starting guards, with Tyler Herro coming off the bench.

This season has been a whole different story for last year’s runner-up for Rookie of the Year, as injuries and COVID cases have caused the Miami Heat to call on Kendrick Nunn to save them. At the start of the season, Kendrick Nunn didn’t play a lot at all, as there have been multiple stretches of at least three games where Nunn had not entered a game. Many saw the Miami Heat trading for Victor Oladipo as a sign that Nunn saw his last minutes on the court for good with the Heat. After Oladipo was hurt only four games into his run with the Heat, Miami called Nunn’s number once again, and he answered boldly.

Nunn is averaging 14.6 PPG this season while shooting an impressive 48.5% from the field and 93.3% from the free-throw line. Nunn has also improved a lot this year as a defender, as his perimeter defense has impressed the Heat coaching staff and fans. Nunn’s impressive performances and willingness to do what’s best for the team, whether it be him playing 40 minutes or 0 minutes, has earned him his spot back in the Heat’s starting lineup at the end of the season as they begin their run in the playoffs.

With the primary focus for the Bucks on defense being containing Bam Adebayo and Jimmy Butler in the paint and also limiting Duncan Robinson’s attempts from three, Kendrick Nunn has such an amazing opportunity to break out for the Miami Heat. It sounds very odd to say, but I genuinely believe that Kendrick Nunn is one of the most important players in this series and can affect the direction in which it ends up going.