Heat vs. Celtics: Who’s Really Going to Come Out on Top 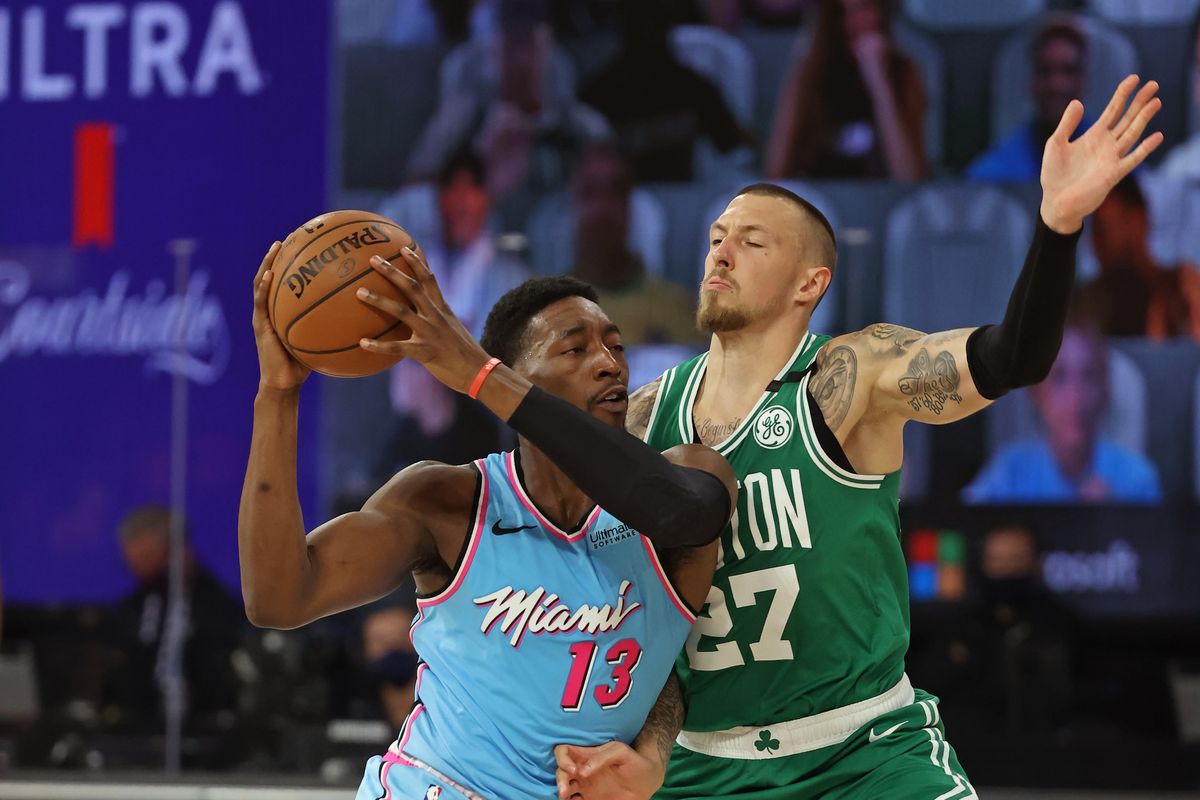 As nearly both the conference finals teams are set in the east and the west, let’s take a look at the conference matchup that’s been set since Friday: The Boston Celtics vs. Miami Heat.

This matchup is a matchup that involves two teams that many experts didn’t have coming out of the East due to a handful of other legitimate threats in the Eastern Conference in the Milwaukee Bucks, Philadelphia 76ers and Toronto Raptors. All of them were bounced in these year’s playoffs before they got the chance to prove they are the best in the East.

The Sixers not making it to the ECF was to no one’s surprise after their All-Star point guard Ben Simmons went down three games into bubble play against the Wizards with a loose body in his knee that would require season-ending surgery. The Raptors swept the Nets in the first round, and pushed the Celtics to seven games in the second round before the got eliminated. However, they still exceeded expectations after losing 2x NBA Finals MVP Kawhi Leonard to free agency last summer. Lastly, the biggest surprise was the Bucks getting gentlemen swept by the Heat in the second round. Despite injury, they were down 0-3 when reigning MVP Giannis Antetokounmpo left game 4 after injuring his ankle. It took a Herculean effort by Khris Middleton to win that game.

So that leaves us with what is sure to be a very exciting series to watch between Miami and Boston.

Head-to-head this has been a good matchup this season. Out of the three games they’ve played it’s went in favor of the Celtics, who are currently up 2-1. However, statistically they match up somewhat evenly when facing each other.

Therefore, Boston has the Heat beat in every category besides assists. That’s been true for the entire season as well (despite both teams moving the ball slightly more this postseason).

When you think about both teams’ styles of play it makes sense seeing as how the Celtics have multiple star scoring options on offense: Jayson Tatum, Kemba Walker and Jaylen Brown. On the Heat most people think of Jimmy Butler and other talented role players. However, anyone on the Heat can go on a scoring tear in any given game. So, that unpredictability makes it hard to game plan in the scouting report for opposing teams.

Therefore, that’s something to watch closely going into this series. Fortunately for Boston, they’re ranked 4th in the league in defense, and after all the playoffs is about adjustments as they surely will have some to make.

Although Boston is favored, this really is anyone’s series to win. As you might guess, a particular Heat player believes in his team more than anything.

“I think every round, better yet every game that you go into there may be a different scouting report, a different scheme that goes into it,” said Heat F Jimmy Butler. “Yeah, they got some really good players, but as do we. I still believe we can’t be too focused in on them. We’ve got to worry about what we can do and play our best basketball on both ends of the floor…we’re going to go into this the same way we go into every other game, which makes me happy because I know that we’ll come and compete, bringing that dog mentality.”

Whether that dog mentality will suffice to upset the Celtics and make their first NBA Finals appearance since 2014, we will see. Tune in to Game 1 tonight at 6:40 p.m. EST on ESPN.

Big Blue Report: Giants Fall To The Steelers 26-16 As Offense Sputters
The Blur is Back: What Leandro Barbosa Brings To The Warriors