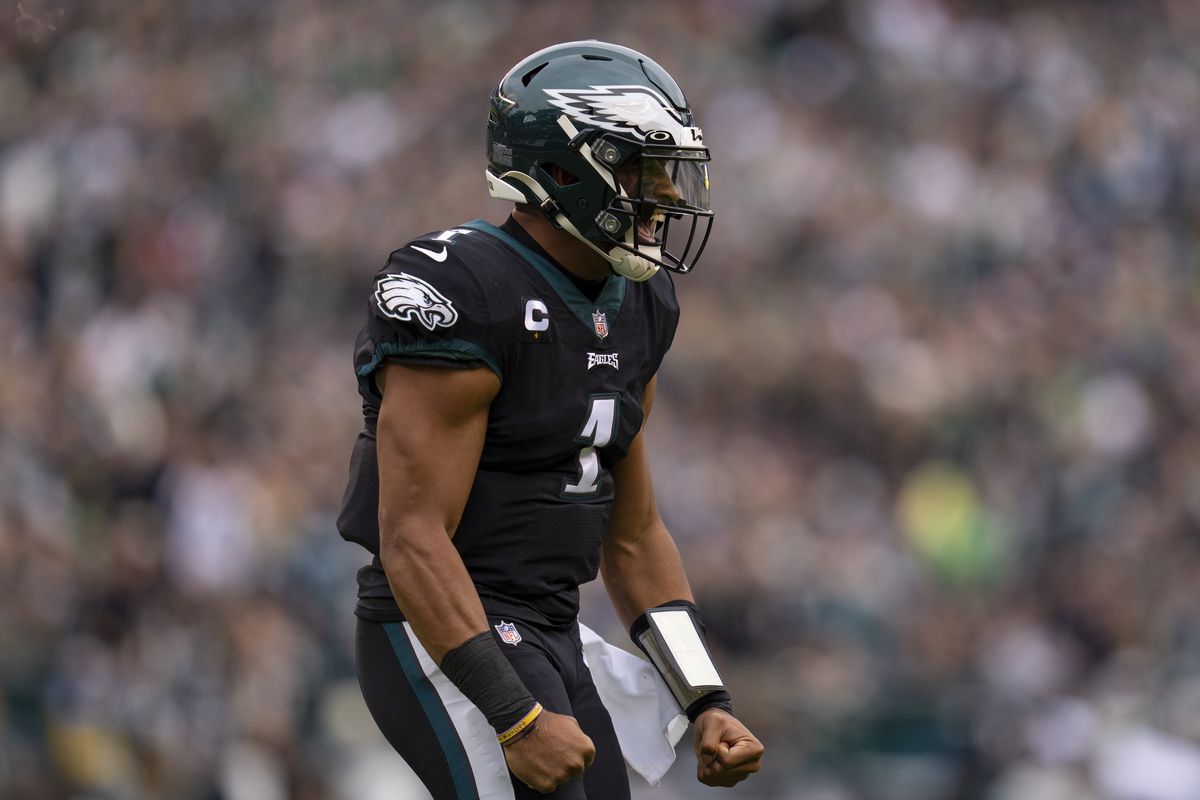 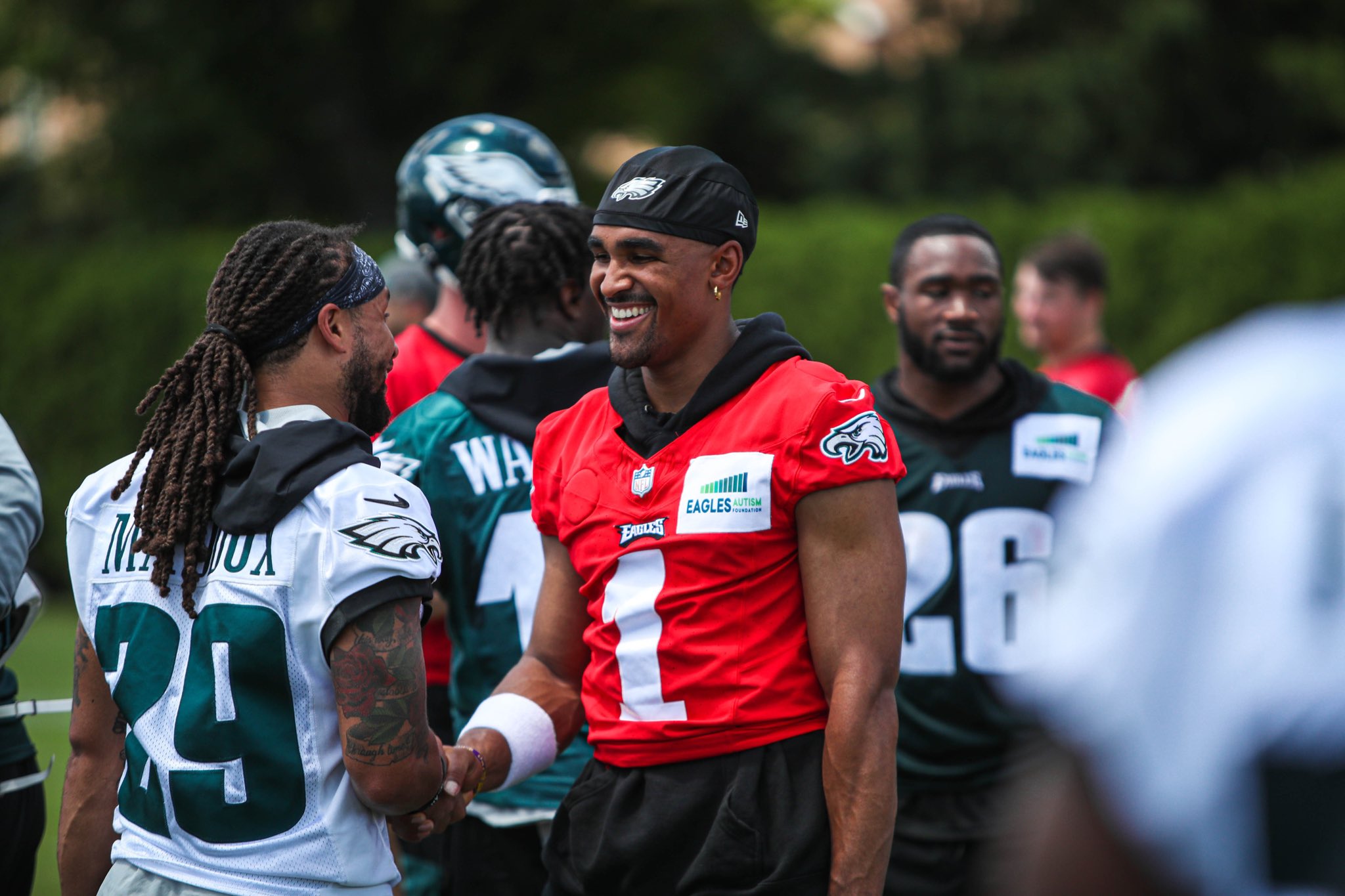 The 2022 Training Camp for Philadelphia Eagles is approaching quickly. Players will begin to report on July 26. After a lackluster finish to the 2021-22 season, the Eagles and their fans have high hopes for this upcoming season after a busy offseason.

The Eagles made some serious moves this past offseason. They have acquired some big-name athletes that include LB Haason Reddick, WR AJ Brown, and CB James Bradberry. They also drafted Georgia teammates DT Jordan Davis and LB Nakobe Dean, both considered first-round talents.

After going 9-8 with a first-round exit in the playoffs, the Eagles went out and did what every fan wanted, make offseason moves. With all the talent acquired, it’s hard to imagine the Eagles not being a serious playoff threat this season. It is all up to the execution on the field to live up to the hype that this offseason has brought.

One of the biggest factors of how the season will go is how QB Jalen Hurts performs. There have been times Hurts looks like a Pro-Bowl quarterback on the field but then there are times that he looks like an average one. He threw for 3,144 yards with 16 touchdowns and 9 interceptions in 15 games played. Hurts has to constantly play at a high level in order for the team to succeed. The front office has done an excellent job to build around him and putting him in the best possible situation to make this team a contender. This season will certainly be a “prove it” year for the third-year veteran out of Oklahoma.

Perhaps the biggest move during the 2022 NFL Draft was Tennessee Titans star WR AJ Brown being traded to Philadelphia. Brown put up 63 receptions, 869 yards, and 5 touchdowns while missing four games last season. The All-Pro WR is now paired up opposite of Devonta Smith. The rookie put up similar numbers last season through 17 games with 64 receptions, 916 yards, and 5 touchdowns. This move will make both players better, each will see less double coverage throughout the season because of the others’ capabilities on the field.

Last season their offense ranked 14th in terms of yards. With key additions to their offense and players like RB Miles Sanders and TE Dallas Goedert returning, the Eagles are hopeful their offense improves drastically.

On the defensive side of the ball, the Eagles have also improved. With additions through free agency and the draft, the Eagles attained 4 players that will make an immediate impact. Former Carolina Panther and Arizona Cardinal LB Haason Reddick has recorded 23.5 sacks in his last 2 seasons. Former Carolina Panther and New York Giant CB James Bradberry has recorded 15 interceptions in his 6 seasons in the NFL. Both veterans will be significant pieces to the Eagles this upcoming season.

Of the five draft picks the Eagles had, they picked three defensive players. DT Jordan Davis was selected 13th overall and won three awards his senior year, one of which was the Chuck Bednarik Award which is awarded to the defensive player of the year in college. The Eagles also drafted Georgia University teammate Nakobe Dean. The 2021 Dick Butkus Award winner, Most Outstanding Linebacker in college, was a first-round talent but dropped into the third round and was selected at 83rd overall. There were talks about Dean’s health but the Eagles decided to take a chance on him. If Dean is healthy and plays out to his potential, this defense could be intimidating to opposing offenses.

Ahead of training camp on paper, the Eagles look like a true powerhouse of a team in the NFL. Except looking great on paper does not win a single thing. The Eagles have to come out showing the league that the hype is not just a gimmick. They will get to show everyone that they will be contenders this season on September 11 when they kick their season off against the Detroit Lions.