Highlights From Day Two of The NBA Draft Combine 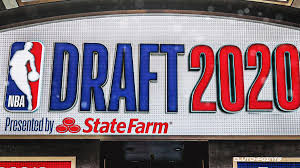 The second day of media availability brought together a trio of prospects who have taken drastically different paths to get to the NBA draft. Stanford’s Tyrell Terry went from largely unknown to one-and-done, relying on his shooting prowess to vault up draft boards.

Precious Achiuwa is also entering the NBA after his freshman year, but got there off the back of high school stardom. Duke’s Tre Jones is probably the most well known of the bunch, but had to work his way into a leadership position after playing behind Zion Williamson and R.J. Barrett. Here’s what we learned from the three of them.

-Is studying Steph Curry, Chris Paul, and Trae Young to observe how they read the game at a professional level.

-Emphasized his potential for growth–he’s proud of the fact that he’s taken massive strides the last few years and anticipates that he will continue to do so in the NBA.

-Though he says he doesn’t have a gage on his draft range, he mentioned his potential to fit in with fast-paced teams such as the Spurs.

-Is confident in his ability to be a stopper from day one, but mentioned his shooting and playmaking as areas for improvement.

-Commented that his time at Memphis taught him how to overcome adversity. He also mentioned the value of playing under Penny Hardaway, noting that he’s learned how to carry himself like a professional from his coach.

-Noted that he feels very comfortable playing the small ball center, and recognizes that his role might shift as the league continues to change.

-Has been in contact with the Suns, Thunder, Timberwolves, and Milwaukee Bucks, among others.

-Commented that seeing his brother Tyus play at an NBA level helped him ascertain how professional athletes approach the game and work towards improvement.

-Says he’s been in contact with every former Duke Blue Devil on the New Orleans Pelicans, including a former teammate in Zion Williamson.

-Stressed his ability to bring competitiveness and leadership on both sides of the ball from the first time he steps in an NBA arena.

-Mentioned that his shot still needs improvement, specifically pointing to his base, balance, and consistency as areas for growth.

-Some teams that he’s not yet heard from include the Warriors, Sixers, and Toronto Raptors.

What’s On the Line For The Lakers And Heat
As People With No Real Rooting Interest in the NBA Finals, We Compare Players to Guys You See in the Gym or Playing Pick-up