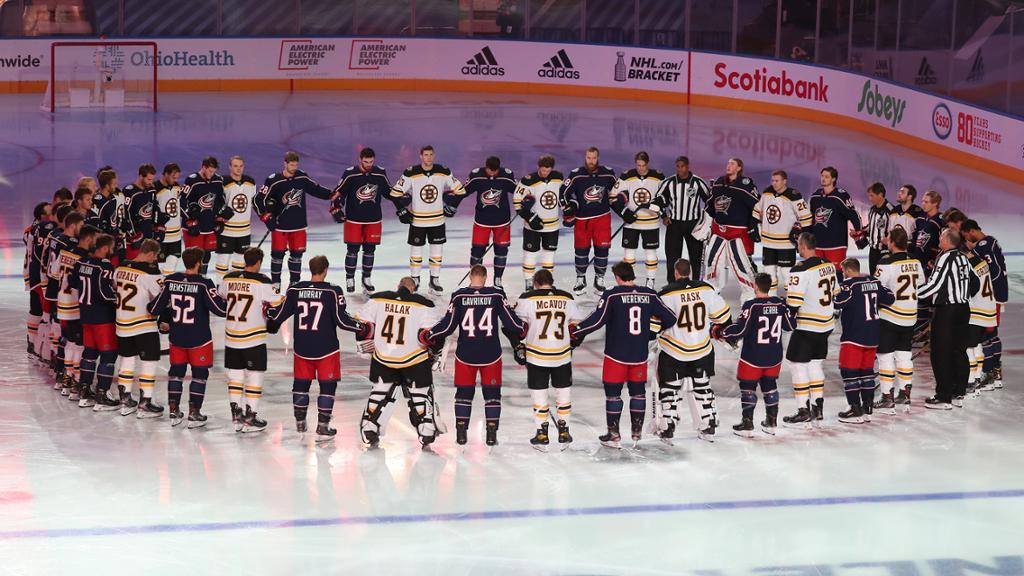 I asked hockey fans on Twitter to send me their burning questions and this article will attempt to answer them to the best of my ability, with my personal opinion present.

Do you think it would be beneficial to have post-game ref interviews, or would it cause more drama between refs, teams, coaches, & fans? -Anna

I think this would be beneficial especially if there was some confusion or debate with specific calls. It would be interesting to see the ref’s point of view as well as giving them more leeway for, and an understanding of their calls. I think this might eliminate drama as the media, teams, and fans see their thought process and reasoning for the calls. Especially if the call had a huge impact on the outcome of the game. In this way, it can also mitigate any ref bias since they’d be in the spotlight.

We’ve seen Russian products get taken later on in the draft, due to lengthy contracts in the KHL. This has sorta happened with Kucherov and Kaprizov. Do you think Matvei Michkov will be another instance of this in the 2023 draft? – Bex

I’ve been looking at Michkov for a while and he looks like a really good prospect. I’m sure teams would want him but they might wait to develop him further or want to solidify a good contract. It’s hard to predict at this point.

Which current NHL player would make the best coach once they retire? – Amelia

There is no one answer to this as there are so many players that I can see having great leadership and coaching abilities. But if I had to name one, I’ll go with Patrice Bergeron. Not only is he one of the best captains in the NHL, he really cares about the Bruins and it wouldn’t surprise me to see him still involved with the team following his retirement.

Let’s say playoffs start today, who do you think wins the cup and why? – Kate

This is tough to predict at this point but you can probably guess who I’ll say based on my previous article. The Boston Bruins. Honestly my first pick for the cup before the season started was the Ottawa Senators but I can’t say they’re good enough at this point to really be considered. The Bruins have the best all-around team in the NHL right now. I would say the New Jersey Devils as well but with their issues in goaltending, I’m not sure they could make it that far. I hope the Bruins win the cup this year or we get a Colorado back-to-back, but it’s really all about the team who wants to win the most.

What are your thoughts on the TV rights deal that NHL has with ESPN compared to NBC? Do you feel that the it hinders the growth of the sport with little to no games on live TV? Also, should the NHL invest in TV shows or movies to increase the demographics? – Conlin

This is a really interesting question. Personally I’m not a huge fan of ESPN’s broadcasting and I liked NBC’s much more. NHLN’s is well-done and I like TNT’s and NESN’s as well. With only a few broadcasts to choose from and different styles for each, it definitely hinders the growth of hockey with a few options to choose from. The NHL should definitely invest in documentaries and TV shows to increase their demographics. In the 2010s, the NHL used to produce 24/7 mini docu-series on HBO that covered teams in the Winter Classic and other championships. I really enjoyed the ESPN documentary done on the Avalanche Lightning Cup final last season as well and the Behind the B Bruins docu-series is really amazing as well. This definitely helps the fans go beyond the team and get to know the players. The NHL should definitely invest in this in my opinion.

Do you find that the NHL media as a whole prioritizes covering certain teams over others? – Jake

Tying into the last question asked, I do find this happens a lot and it is a main reason why I dislike ESPN’s game coverage. Obviously some bias is expected and encouraged if it’s a team’s broadcast such as NESN for the Bruins or MSG Networks for the New York teams and the Devils. However, when watching a broad coverage it’s difficult to get behind it if there is such little enthusiasm for the other team. You always get a sense that they like one team more than the other and you can tell based on their commentating. Personally, I think this bias should be eliminated from broad team coverage and it should be saved for the team networks.

What are your thoughts on current hockey culture and what changes do you think need to be made? – Evelena

Hockey culture absolutely needs to change, specifically men’s hockey. Personally, I believe this is directly tied to how their actions are handled. The whole “boys will be boys” mentality is combined with a complete lack of consequences provided or sweeping under the rug of their actions by teams. If people do something wrong and face no immediate and lasting consequences for it, it will obviously be done again and again. In my opinion, teams need to step up and close contracts and really punish their players for their misdeeds instead of just suspending or fining them. That will at least send a message to other players that these actions are not okay and the cycle will be broken and the culture can improve.

If one team had to be eliminated from the NHL who would you pick? – Eliška

If you asked me this question last year I would have said the Seattle Kraken, but they’re slowly redeeming themselves in my eyes. No matter who I say someone will get upset but today I’ll say the Anaheim Ducks. For obvious reasons.

Why or why not is hockey “worth it” as a reporter? – Kurtis

Hockey has always been an escape for me. It’s always been so pure. With the “there’s no I in TEAM” mentality and the real camaraderie that comes with it, you really feel a part of something special. With each passing generation of talent with records being set and broken, you constantly feel like you’re a part of history. Especially being a hockey writer you feel in the thick of it. Even with hockey’s problems it is one of the only really Real sports left in my opinion. Whether you started watching hockey yesterday or 30 years ago, there’s always something spectacular to see. That’s why hockey is worth it to me.

Thanks for your questions! I’ll be sure to open up this again for later on in the season. Hope my answers were satisfying and remember these are all my personal opinion.