Hockey Refs Are One Of A Kind 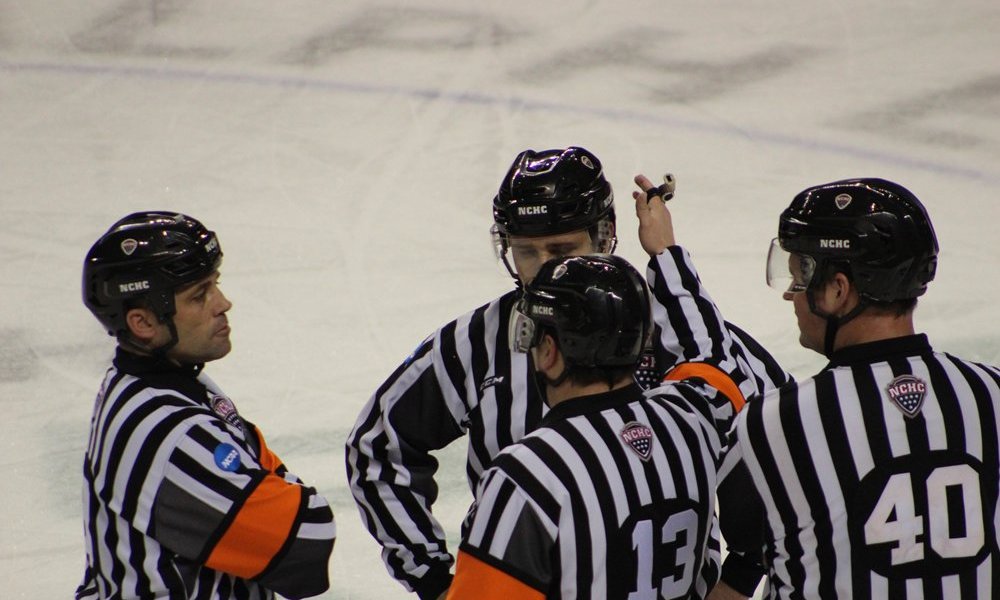 I’m in a pretty damn good mood today, so I figured I’d get some articles done, and finish some of the podcasts’ outlines. However, when scrolling nonchalantly through my twitter feed I bumped into this, and let me tell you, it is much different than any other sport in the world.

This was posted by the Spittin Chiclet’s account, which is a podcast that talks about hockey for Barstool Sports. I have never been a huge hockey fan, my eyes aren’t fast enough to follow the game, and icing is still confusing. However, I had heard about hockey refs being mic’d up and how funny and interesting it was, but I never really followed up and looked. This is just hilarious. “Santa’s-a-watching, let’s have a good one boys.” That’s just classic right there. “Let’s do that hockey, boys,” and “Alright here boys, shake and bake,” are just as entertaining.

I obviously then fell into a rabbit hole of hockey refs mic’d up so I scrolled through YouTube a couple times finding some good ones. The way hockey refs interact with the players and coaches on the ice is a funny and entertaining relationship.

Also for the hockey fans out there, or anybody who wants to watch some hockey before the NHL gets up and going, make sure to check out Natalie Vaitis’ work. She’s done a great job covering the world juniors, which I actually watch every year, and she will be here to get you ready for the NHL season along with Ryan Stern. Here’s a link to Natalie’s 2021 World Juniors Round Robin Recap and Quarterfinal Preview!