Houston Gets Dominated In Harden’s Return 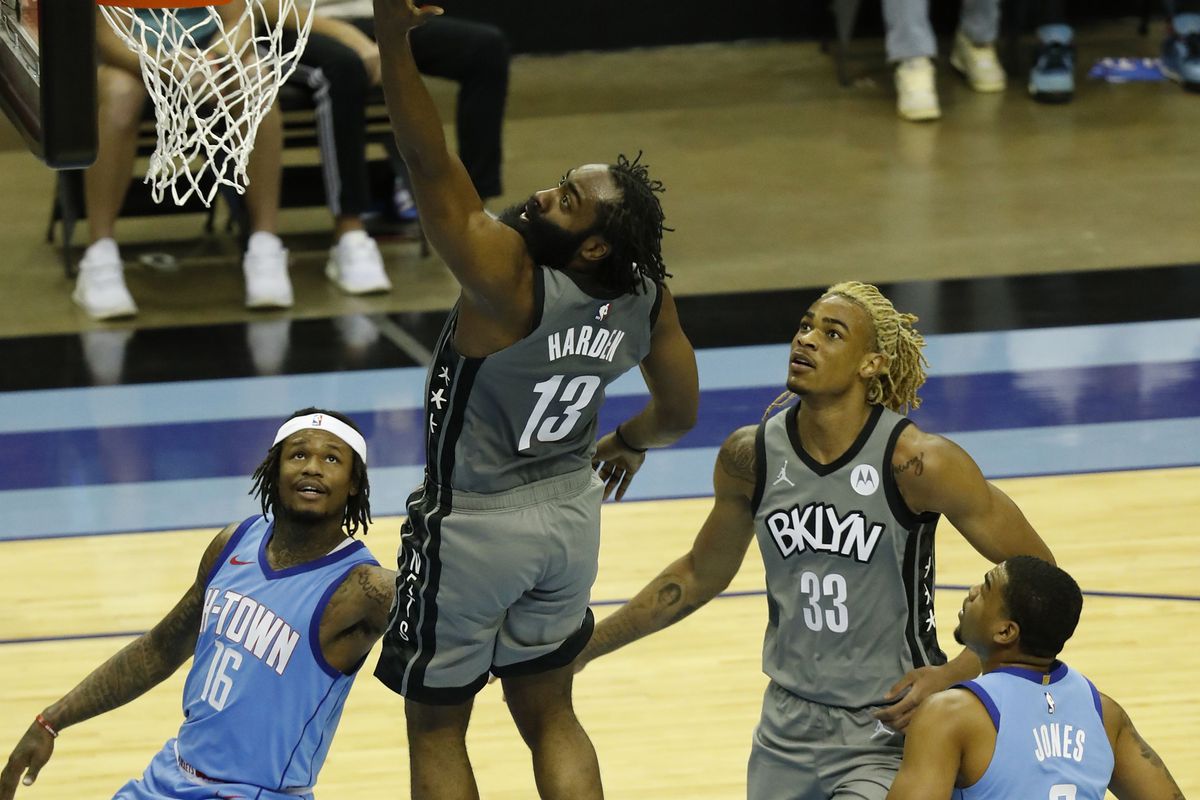 In dominate fashion, the Nets showed up in Houston last night and continued their winning ways, blowing the Rockets out 132-114. They’ve now won 10 of their last 11 games.

It was a very hyped up game since it was James Harden’s first game back in H-town since he was traded to the Brooklyn Nets.

“A lot of mixed emotions for the fans, but I’m just happy my team did an unbelievable job of just having my back allowing me to come out here and as a team get this win,” said Harden. “Credit to the ownership of the Rockets. The Fertitta family for putting my jersey in the rafters. Hopefully that shows on the court [and]off the court the contributions that I had to this city.”

Anytime a player returns to the city of a former team it’s going to be a tough environment. Let alone when you wanted out and let alone even more when you force your way out as Harden did.

However, there seemed to be no hard feelings within the Rockets organization. They played a tribute video thanking him while he was in the building last night. Him and his former teammates also embraced each other after the game.

This was even admirable considering how much Harden and his new team dominated.

They had an excellent shooting night shooting 57.6% from the field and 48.6% from behind the arc, hitting 17 threes.

The efficiency didn’t stop there though. Brooklyn dished out 33 assists (the tenth time in 24 games that they’ve done this since the Harden acquisition), grabbed 60 rebounds and also outscored the Rockets in the paint 58-30. The Nets were consistent from start to finish, while the Rockets had an underwhelming first half and were playing from behind the rest of the game.

For the Nets none other than the Beard himself had another triple-double with 29 points, 14 assists and 10 rebounds in his return.

“For me, once I get on that court it’s just trying to win,” said Harden. “I’m not really worried about anything else…wasn’t trying to do anything out of the ordinary that I haven’t been doing. Just playing my brand of basketball and the way we’ve been playing as a team and trying to get a win.”