Houston, We’ve Got A Contender 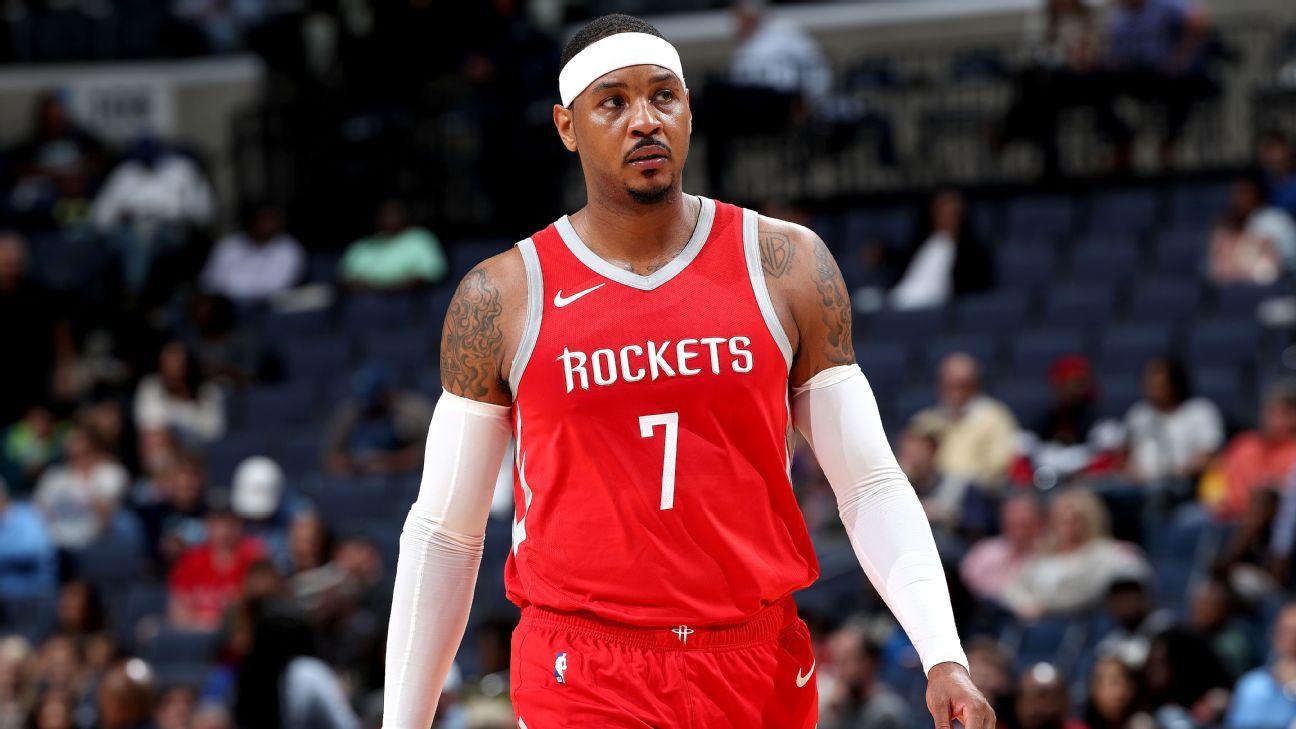 Transcending themselves into the top team in the league will be no cake walk. However, the Houston Rockets (HOU) have positioned themselves to soar past the Golden State Warriors (GS) this year to inevitably play for the Larry O’Brien Trophy in June.

Point Guard (PG) Chris Paul’s health was the big “what if” that ultimately prevented the Rockets from overcoming the Warriors to move onto NBA Finals.

Superstar Guard (G) James Harden is coming off his best individual professional season as Most Valuable Player (MVP) of the National Basketball Association (NBA). After last year’s tough ending in the Western Conference Finals (WCF), Harden and company aren’t looking to repeat any mistakes. In fact, they’re poised to inflict major issues upon the defending champions and the rest of the league.

With the new addition in Forward (F) Carmelo Anthony, the Rockets have gained exactly what they needed to make them viable contenders this year.

NBA Legend and offensive powerhouse in  Carmelo Anthony. A player who’s controversial style of play at times and lackluster defense has put negativity on his name. However, Anthony is now paired up with best friend (G) Chris Paul, who’s arguably the most selfless player. For the first time in his career, Anthony will benefit off a legend who’s still in his prime. Paul will ignite leadership and a complimentary style of play that will maximize Anthony’s game. Instead of having to create his shot on most of his possessions, Paul will find Anthony on the block, the perimeter and off screens. Thus, making Anthony more efficient and less pressured to always going one-on-one up the floor.

Along with former sixth-man of the year (G/F) Eric Gordon, defensive sounded Center (C) Clint Capela and all-around bull dog (F) P.J. Tucker the Rockets can handle every team out there. These three players allow for the Rockets to remain strong on defense while still playing vital roles on offense.

Late in the Summer the Rockets traded for (G) Brandon Knight who will look to rejuvenate his rollercoaster career as back up point-guard to CP3 and (F) Marquese Chriss who will look to make a name for himself in the league rather than become a easy trade asset.  These two players have still very high ceilings and can contribute a lot to a championship run, so long as they play to their strengths as well as follow the example of their star players.

Camaraderie is the one solution that if the Rockets obtain, will likely make them the number one threat to knocking off the Warriors.