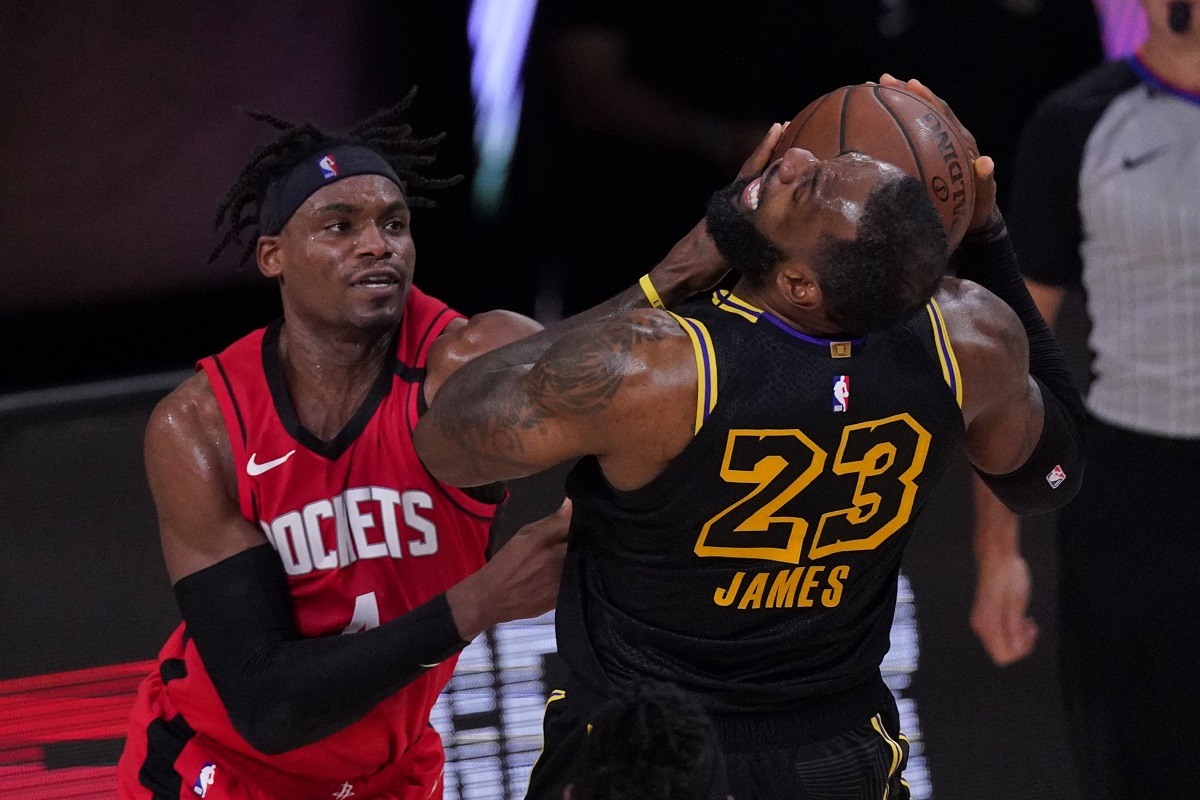 It was reported on Friday that Danuel House Jr. of the Houston Rockets was removed from the NBA Bubble for violating the league’s health and safety protocols. The league determined after an investigation that House was found to have had an unauthorized guest in his hotel room for multiple hours last Tuesday.

“Mr. House is leaving the NBA campus and will not participate with the Rockets team in additional games this season,” the league said in a statement released on Friday. It was also reported that House initially denied any wrongdoing.

House was the Rockets’ first man off the bench as a reliable sixth man. He averaged solid numbers across the board with 11.4 points and 5.8 rebounds with 1.4 assists in nine playoff games in the NBA’s bubble at the Walt Disney World Resort. House was a late scratch for Game 3 against the Los Angeles Lakers on Tuesday and did not play inThursday’s Game 4 either.

The loss of House was felt on both ends of the court but especially on the defensive side of the floor. The 6-foot-7 wing had been one of the Rockets most reliable defenders all season, but even more so in the playoffs. House was tasked with helping to try and slow down Los Angeles Lakers all-world forward LeBron James. The Rockets employed multiple bodies to make James work on both ends of the court in an effort to wear him down a bit. Without House in the rotation, the task of slowing James’ production became that much harder.

Teammate Tyson Chandler was also a late scratch for Game 3 for “personal reasons” but was then cleared. Chandler was a much less important loss in the rotation considering he only played in 26 games all season and hardly saw the court in the bubble. House was a totally different matter, contributing 31 minutes a game and saw significant minutes during crunch time.

James Harden had this to say on the situation: “Very, very disappointing. And it affected us. Obviously we still have to go out there and play a basketball game, play a series. But it affected us because obviously [it’s] just a distraction and he was a huge part of our rotation. But you know we still had to go out there and compete and try to get games, try to win games.”

Harden and Russell Westbrook have obviously received most of the criticism for the Houston Rockets’ Western Conference Semifinals loss against the Lakers, but House shoulders some blame as well. The NBA allows wives and girlfriends into the bubble, the league does not allow players to bring in just any unauthorized body in and out as they please. Allegedly, House snuck in an Instagram model to his Bubble room, an obvious rules violation which led the NBA to take action.

Nonetheless, this might actually be the least of House’s troubles. The implication of cheating directed at House has caused his wife Whitney to take to social media to let everyone know exactly how she feels about the situation. It’s been reported that Whitney has deleted every photo of him or of them both together off her Instagram page. She later posted a note on Instagram clearly directed at House, that read “reap what you sow.”

How this whole situation affects the 27 year old forward will go a long way in determining how far the Rockets will go next season. The departure of head coach Mike D’Antoni along with an obvious need for a front court rebuild presents challenges this offseason on their own. You throw in the potential need to replace your most reliable bench player and the already grim situation the Rockets find themselves in, becomes that much more difficult.