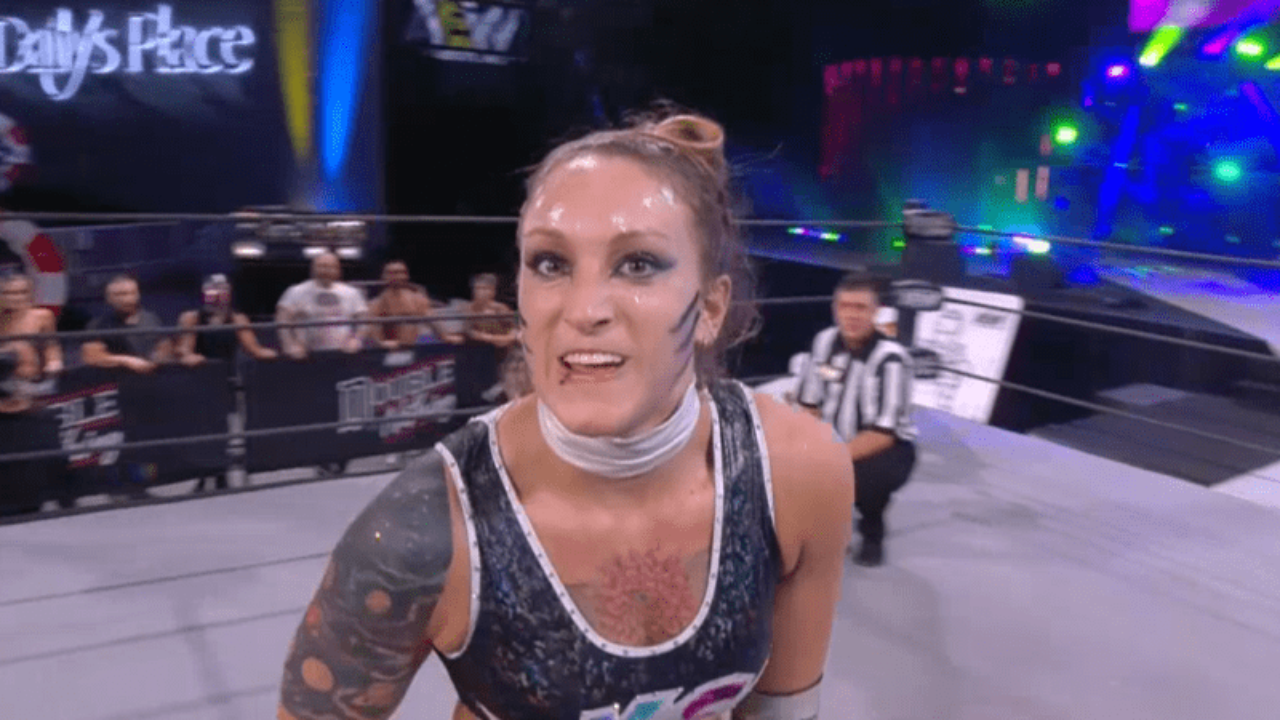 It is no secret that the AEW women’s division has some work to do coming up this year. They have a talented roster, but it seems like they are being put on the back burner behind the other three championships. Part of that is due to COVID limiting their usage of foreign wrestlers like Shanna and former AEW Women’s Champion Riho.

Another contributing factor is injured talent. Dr. Britt Baker D.M.D. and Kris Statlander were both sidelined with injuries during 2020. Dr. Baker’s injury came towards the tail end of May and she was able to return to action in early September. Statlander was less fortunate as she suffered an ACL tear back in June. While on the mend, Kris has been sharing her recovery progress on her Instagram (@callmekrisstat) where she was seen squatting 200 pounds back in December. While there is no official word yet as to when she will return, when she does, here is exactly what AEW needs to do with her.

At the start of her run with AEW she had a prominent role near the title picture which involved her defeating now current champion Hikaru Shida on December 4, 2019 and winning a #1 Contender match against Dr. Baker two weeks later before ultimately falling to Riho on January 8.

With AEW still keen on the newcomer, she found herself in a title match at Revolution against Nyla Rose just under two months later where she came up short again. Upon her return, she should be thrust right back into the title picture and seeking out none other than Dr. Britt Baker, the woman who should take the title away from Hikaru Shida.

In her first match coming back she can defeat Allie, who currently has an overall record of 11-3 but has not wrestled in a match since September. Allie does not even have to vacate her position as a valet/manager for The Butcher and The Blade as it can just be a one off match. Following that Statlander can announce in a quick promo post match that she is going to pick up where she left off, that being against the two women she was up against in the match where she was injured.

The next week, she can face and defeat Penelope Ford. With Nyla Rose knowing what is coming next, she and Vickie Guerrero can come out and attack her post match which sets up the contest for either one of the next few weeks or it can continue until the next pay per view (possibly Double or Nothing or All Out) where ultimately Kris Statlander will pick up the victory, possibly in a weapons match, and get her win “back” against Rose.

After the win against the Native Beast, she can cut another post match promo or a backstage interview saying now that she has finished with that, there is just one more thing to do. And if she does not say the line, “take me to your leader,” insinuating a match with Dr. Baker (who should be the Women’s Champion at this time) down the line, that will be a severely missed opportunity.

Dr. Britt Baker can then say on the next episode of Dynamite how the “conspiracy” in the women’s division she mentioned months ago is as plain as it has ever been, and Kris Statlander cannot waltz back in and take her out. Despite the “conspiracy,”

Baker has been able to become the champion because she is the face of the division and a role model for everyone. Britt announces that to have a title shot, she would need to defeat Reba, meanwhile Reba would be protesting that she didn’t sign up for this.

Over the next couple weeks, Britt Baker would become increasingly more hostile to Reba, telling her that she needs to take this upcoming match seriously, and if she does not there are going to be consequences. Kris Statlander would then convincingly win a match on Dynamite and point at Dr. Britt Baker and Reba standing at ringside.

Then Dasha Gonzales could catch up with the two backstage and ask Reba how training is going for her match with Kris to which she responds how she does not even want to have this match in the first place. Britt would tell Reba that if she does not follow through with the match, she would be fired.

The next week would be the match between Reba and Statlander. With Statlander already in the ring, Reba would be dragged out of the tunnel by Dr. Baker to Britt Baker’s music. Once in the ring, Reba can start pleading with Statlander that she doesn’t want to fight her, even trying to exit the ring before being thrown back inside by Britt. While getting back in, Kris Statlander hits her with her Scissors Kick followed up by her Big Bang Theory while Baker is screaming on the outside as the referee counts to three.

Baker then, turning to her best friend Tony Schiavone, having cut him off on the ramp while on his way to interview Statlander in the ring, berates him to fix the result and restart the match. Tony Schiavone says that he cannot, but he just received word from Tony Khan that Dr. Britt Baker vs Kris Statlander is going down at the next pay per view. Ultimately, arriving at the pay per view, Statlander will defeat Dr. Britt Baker D.M.D. and become the new AEW Women’s World Champion, a title she should have won if it were not for her unfortunate injury last year.

Opinion: I Have No Problem With What the Eagles did in Week 17
NFL AND NFLPA COVID-19 MONITORING TESTING RESULTS