How Bad Was the 76ers’ Game One Playoff Loss? 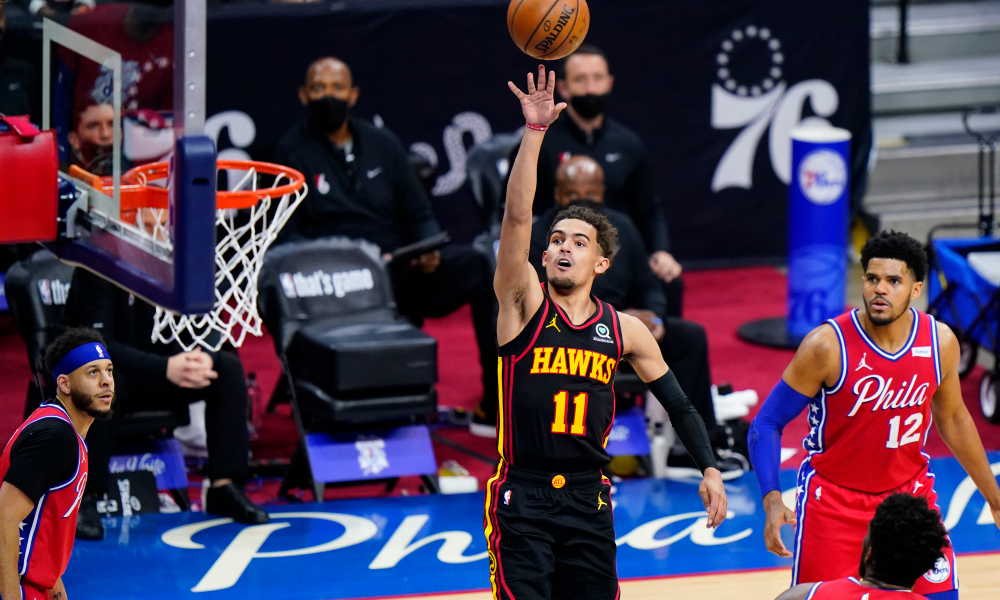 The Philadelphia 76ers lost their first game against the Atlanta Hawks 128-124 to begin the second round of their playoffs. It wasn’t great, but in all honesty it was about as good as a loss can be. Many think the sky is falling after the loss and honestly that reaction isn’t undeserved. It was at home and Joel Embiid played the most minutes he’s played all playoffs and the 76ers still lost. Trae Young and the Hawks’ bevy of snipers looked unstoppable and one cannot ignore the absolute drubbing the Brooklyn Nets are handing the Milwaukee Bucks. Despite all of that though, there were a lot of encouraging things that came out of the loss that made it feel almost like a win.

The biggest thing that jumped out was the Sixers’ will to fight. That desire is key for a championship team. The Hawks jumped out to a massive early lead which ballooned to upwards of 26 points at times. Despite their best efforts, the 76ers could never really pull it back for most of the game. When they would get stops, they would be unable to score themselves and fail to take advantage. The Hawks were crazy hot, and Trae Young was hitting 35-footers which anyone can tell you is extremely demoralizing.

With eight minutes left to go in the game, the Hawks were still up a massive 19 points. At multiple points the 76ers could have just decided the game wasn’t going their way and to pack it up and stop trying. It was only game one after all, and the Hawks just couldn’t miss. Instead, they fought till the bitter end, clawing the game to as close as a two point deficit before finally succumbing to the loss. That type of fight is fantastic, and it makes you feel like the 76ers are in any game no matter the score. That’s not the same vibe the Bucks have been giving off so far to name a counterexample.

Joel Embiid is Healthy and Dominant

The biggest surprise of the game was the fact that Joel Embiid suited up and played. After the small meniscus tear that kept him out of game five against the Washington Wizards, most felt that Embiid would be more of an emergency weapon, only to be used once the series got dangerous. Instead, Embiid was ready to start and play a heavy minutes load from the get go. Unless the Philadelphia 76ers medical staff is criminally irresponsible or Doc Rivers is the same, that must mean Embiid is essentially as close to 100% as he will be this year and is at fairly low risk of aggravating the injury and making it worse; Low enough that waiting a few days isn’t going to help much.

Embiid showed that in the game as well. He looked  as athletic and strong as ever, banging hard down low and making leaping plays time and time again. He led the 76ers (and nearly the entire game) in minutes played and scored a game high 39 points. Over a point per minute on 57% shooting is fantastic. He also forced Clint Capela and Onyeka Okongwu into nine total fouls and still got all of that, showing neither can really hope to guard him. Embiid will get his all series and really limit Capela’s minutes especially.

Trae Young Can Be Limited

On the flip side, the 76ers showed there are some ways that they can limit the damage done by the Hawks’ superstar. It’s very clear that Danny Green is not the solution. That was made all too obvious in the first half, where Young cooked Green to the tune of 25 points on 62/57/100 splits to go along with seven assists. Green was wholly unable to stay in front of Young, which led to free floaters for Young and forced rotations that led to lobs or open threes for everyone else.

The second half was a completely different story. The 76ers mixed up their coverage on Young, with Simmons getting a chance and Matisse Thybulle also seeing quite a few minutes on Young. Together, and with an increased focus on trapping, the Sixers’ limited Young to just 10 points in the second half on 30% from the field. He did have three assists in the second half, but also had three turnovers compared to just one in the first. While Young is generally adept at dealing with the trap, it at least forces the ball out of his hands quickly, and the Sixers would rather make someone else beat them then Young at this point.

Simmons wants to guard Young, and when he was matched up with him Simmons generally did a good job. The one issue that will prevent Simmons from doing so is the fouls. Simmons started on Young and picked up two fouls nearly instantly. For someone as critical to the offense as Simmons that can’t happen, and Simmons was rotated off Young pretty quickly after that.

Thybulle is the perfect candidate to take on the Young assignment. Young will always score as he can make a plethora of tough shots, but Thybulle forces tougher shots than Green and makes it so Young cannot play-make as effectively since Thybulle needs a lot less help. Thybulle will foul Young a lot, but Thybulle accruing a couple quick ones and possibly fouling out matters way less than Simmons doing the same does. If Danny Green is anonymous offensively like he was in game one, Thybulle needs to see heavy minutes to limit Young’s damage.

Averages can tell a lot about a team’s performance, and when a team strays very far from their averages in a single game, one can usually expect those things to correct back. There were two major outliers that benefitted the Hawks that should not happen again. First, the obvious one is the three-point shooting. The Hawks were scorching hot from beyond the arc, making 20 threes on 47 attempts for an overall percentage of 42.6. For the regular season the Hawks averaged 12.4 made threes on 33.4% shooting. That is a massive outlier. Of course, the Hawks were getting a lot of open looks from deep due to the 76ers defensive deficiencies, but that’s not enough to explain that big of a swing. The Hawks set their franchise record for points scored in half. That won’t happen again.

The other piece of variance was the 76ers’ turnovers. The Sixers gave the ball away 19 times, with 12 coming in the first half. On the season the 76ers average 14.4 in a whole game. Atlanta also isn’t great at forcing opponent turnovers, as they ranked 29th out of 30th in opponent turnovers with just 12.3 per game.

Both of these numbers will regress to the mean no doubt, and even with both things going against the Sixers and the Hawks setting literal records, it was a four point game at the end. One less three made and one less turnover and this could easily have been a Sixers win instead of a loss.

This article has been far too complimentary of the Sixers loss so far, so hopefully this next part changes that. The fact is the Sixers still lost, and for a team that prides themselves on defense seeing them get torn apart was bad. The ill-advised drop coverages and late rotations did lead to open three after open three for Atlanta, and if that continues to happen the Hawks shooting 40% from deep is entirely achievable.

The all-bench lineup that gave up the 17-0 run that lost them the game was horrible coaching by Doc and that experiment should be done. At the same time, Doc is nothing if not stubborn.

Ben Simmons had a great game in every facet except one extremely large one, which is foul shooting. He went a pathetic 3/10 from the line, which is unacceptable for an NBA point guard. It doesn’t erase his 17/4/10 stat line (along with four steals and a block) on perfect shooting, but 30% from the line cannot happen if the 76ers have any real plans to be championship contenders.

A loss is a loss, and major concerns exist that need to be addressed. Some seem simple, like no more all-bench lineups and no more Danny Green on Trae Young, but some things that seem obvious don’t always come to fruition. Just last year Doc Rivers let Montrezl Harrel get toasted by Nikola Jokic game after game. Others seem to be more troublingly permanent like Simmons’ foul shooting, who through six playoff games is shooting 34.2% from the charity stripe.

At the end of the day though, there were more than a few signs that the Sixers will end up with the series win without much trouble. Embiid is unstoppable right now, and as long as his health holds up that will continue to be the case. Not only that, but with everything going so right for Atlanta, they still only eked out a four point win. The 76ers’ starters dominated the second half of play, and there’s a good chance that’s what the series looks like from now on. Game Two tonight will be a great litmus test to see if things are “back to normal” or if it’s time to start smashing the panic button.