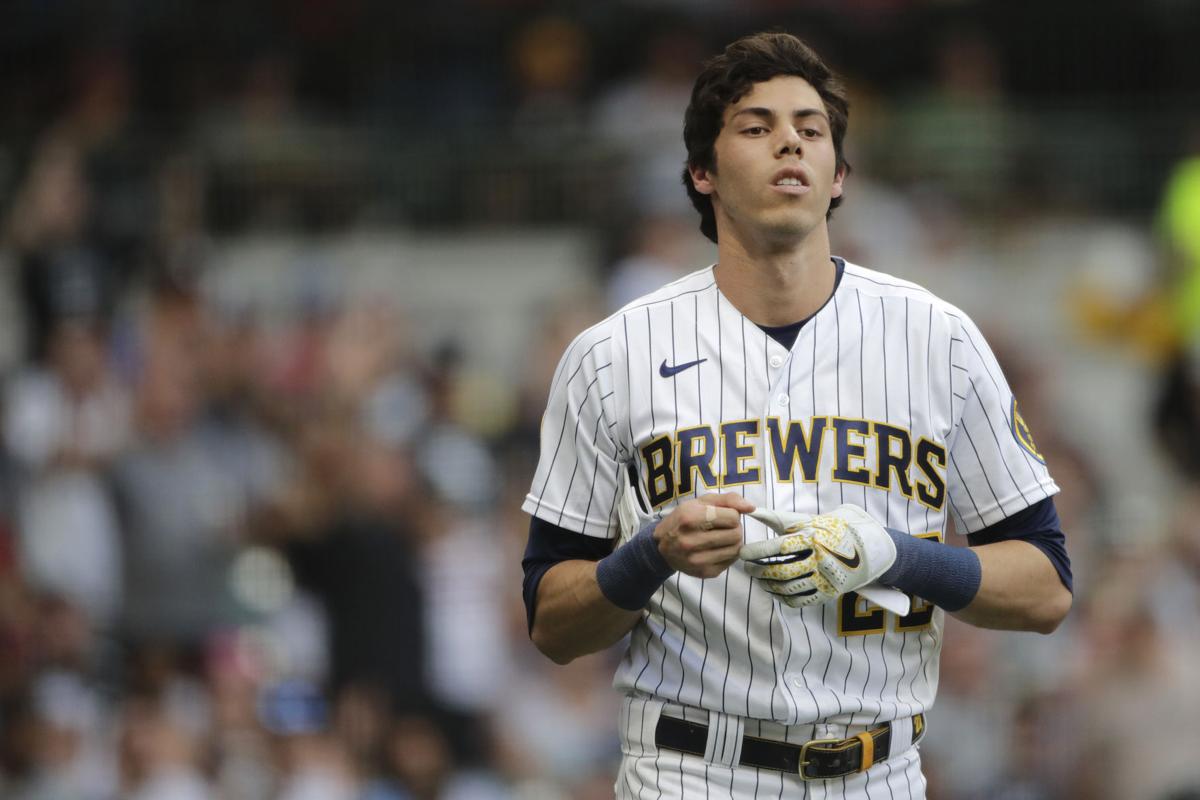 Christian Yelich was once baseball’s best hitter, but he is far from it now, and it played a huge role in the Brewers’ early playoff exit.

While Christian Yelich is not the sole reason for the Brewers’ first-round exit, his absence was more than noteworthy. Furthermore, Yelich did not have the worst series ever, but he is simply not the same player he once was. Yelich was frequently overlooked early on in his career because of the Marlins’ stacked outfield. Upon his arrival in Milwaukee, though, he immediately transformed into a superstar. Yelich was a true five-tool ballplayer who could impact the game in numerous ways. So much so, in just his first season with the Brewers, Yelich handily won the NL MVP trophy. The following season, Yelich improved even more but barely fell short of repeating as the MVP.

Throughout Yelich’s first two seasons, Milwaukee had relatively poor pitching staffs. Which, in turn, led to their playoff losses, despite having an explosive offense. However, in 2020 and 2021, the exact opposite can be said. The offense has been lackluster at best, while the pitching has been quite impressive. And the explanation for this dramatic switch in proficiencies is fairly clear. Christian Yelich, as we knew him, has all but vanished.

Back in 2018, Milwaukee’s pitching staff was very mediocre. Although their bullpen was surprisingly top-tier, their starting pitching struggled immensely. However, four pitchers began emerging as Milwaukee’s future pitching core: Brandon Woodruff, Corbin Burnes, Freddy Peralta, and, most notably, Josh Hader. Ironically enough, Hader, the only reliever, was the only one of the bunch to surpass 80 IPs. It was extremely evident, Hader was baseball’s next big-time bullpen arm, even with him not closing games yet. Whereas the other three were significantly less well-known.

However, this season they became arguably the most untouchable trio in baseball. Similarly, Hader continues overpowering batters and is possibly the nastiest southpaw the game has to offer. This foursome is all Milwaukee got to work with this postseason because of an idiotic injury to the last member of Milwaukee’s Fab Five. As a rookie, Devin Williams took advantage of the shortened 2020 season. Moreover, as a regular relief pitcher, Williams won the Rookie of the Year trophy and even finished in 7th for Cy Young.

Therefore, a three-headed monster starting trio accompanied by two of the most dominant relievers in MLB created a pitching juggernaut in the great state of Wisconsin. This year, Milwaukee had the third- and fourth- lowest team ERA (3.50) and WHIP (1.18), respectively. Specifically, the starting trio combined for 490.2 IPs, a 2.59 ERA, and a preposterous 0.958 WHIP. Likewise, Hader and Williams also had impressive numbers, combining for 112.2 IPs, a 1.84 ERA, and an exceptional 1.003 WHIP.

Only needing three wins in the NLDS makes this staff especially dangerous. Missing Williams certainly hurt, but overall, Milwaukee’s pitching held their own and only surrendered three runs per game. The issue, though, was the non-existent offense which only scored six total runs.

Although the team’s scoring struggles are not solely Yelich’s fault, his value cannot be overstated. In 2018 and 2019, Yelich not only put together the best stats on the Brewers but in all of baseball too. During that span, Christian Yelich had a .327 BA, 1.045 OPS, and averaged 40 HRs, 103.5 RBIs, 109 Runs, and even racked up 26 steals. Furthermore, taking a slightly deeper look, he had a strikeout rate of 20.5%, a hard-hit rate of 53.8%, and a staggering 14.3 WAR over the two seasons. For comparison, the league average for hard-hit and strikeout rates in that span was 35.5% and 22.65%, respectively.

For clarification, Yelich was both striking out less and clobbering balls more. However, since 2019, Yelich has seemingly lost his once beautiful swing. So much so, in 2020, Yelich somehow had the highest hard-hit rate of his career (56.6%), but his launch angle was all out of order. Yelich made a living off elevating the ball into the gaps but has struggled to slug the same since. So much so, his launch angle has experienced drastic shifts each season.

Coming off an MVP season, Yelich, for whatever reason, decided to add a lot more uppercut, and it actually worked. Since then, though, it is clear he is frequently rolling over the ball and just pounding it into the ground. Such a seismic shift in such a short span is surprising from a hitter of Yelich’s stature.

Throughout the regular season, Milwaukee had one of the worst offenses in all of baseball. Their .233 batting average was the fourth-worst in MLB. When it came to reaching base by whatever means necessary, the Brewers had a .317 OBP, which landed them in 14th across the league. Last but not least, Milwaukee’s .396 SLG was also among baseball’s bottom feeders, sitting in 23rd. Overall, the Brewers had the 20th ranked OPS in baseball.

Therefore, unless their pitching staff put together nearly perfect outings, they were doomed from the start. Top-to-bottom, their lineup is not something opposing pitchers will lose sleepover. Moreover, if the Brew Crew wants to optimize their window of opportunity, some sluggers will be direly needed. Either that or Christian Yelich must return to some form of his 2018 and 2019 ways. Even if the Brewers got a Marlins version of Yeli, it would significantly improve their ballclub. However, with several players’ contracts ending soon, as well as some big names needing to be resigned, the era of Brewers’ dominance in the NL Central could be coming to an end very soon.