How do Suns Compete without a Healthy Chris Paul? 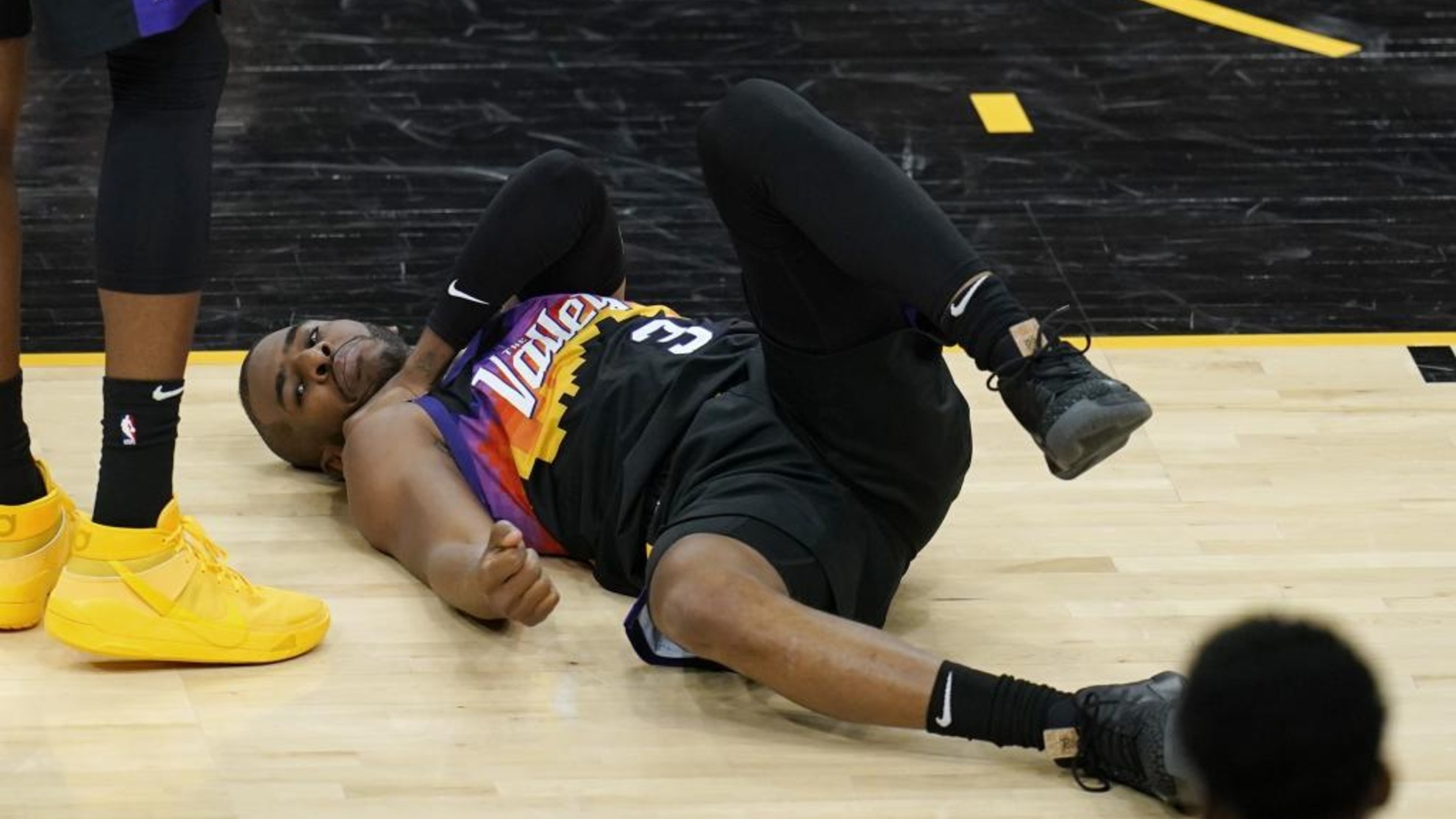 In Game One of the First Round of the NBA playoffs, Phoenix Suns All-Star point guard Chris Paul went down early in the second quarter with a right shoulder contusion. He later came back in the game, but was obviously uncomfortable. Two nights later in the second game of the series, Paul tried once again pushing through the injury. However, Head Coach Monty Williams recognized his star player’s pain and decided to sit him.

“It’s pretty obvious,” Williams said after Game Two. “He’s not able to make the passes he wants. He was laboring tonight. I don’t want to get into too many details until I talk to him. But you could see that his arm wasn’t … he wasn’t even running the way he ran and dribbled the ball this morning.”

With Game Three on Thursday at Staples Center, the coaching staff and players do not know if Chris Paul will be able to come back in time or what his ability will be on the court. He currently is listed a probable on Thursday for Game Three. However, the players understand that they are prepared for everything, including injury, during the playoffs.

Back-up point guard Cam Payne played a majority of Paul’s minutes late in crunch time. He finished with 19 points and brought energy everytime he was on the court.

“We got a next man mentality,” said Payne, “everybody’s got to be ready.”

So, where do the Suns go from here? There are questions about Paul’s availability and they could be without their future Hall of Famer in Los Angeles. Although Phoenix needs Paul to be on the court, there is a chance that’s not an option.

If Paul isn’t available to play, Payne will be expected to perform to the same level as Game Two and lead this team as the primary point guard. This, too, means that Javon Carter or Devin Booker will also get some minutes at point guard.

Focusing more on Game Three, Phoenix definitely has some issues to figure out. In Game Two, the Suns got out rebounded, including on the offensive side. They need to take out the Lakers’ size and continue to attack the boards.

In Game One, the Suns did a much better job on the glass, holding big men Anthony Davis and Andre Drummond under 10 rebounds each. One of the bigger differences that played into the rebound difference was the wings and guards rebound totals. As DeAndre Ayton and Dario Šarić boxed out in Game One, the wings and guards did a great job of attacking the glass and grabbing rebounds. In Game Two, they were less aggressive, leaving the Suns’ big men to carry the rebounding load with less success.

In Game Three, the Suns’ smaller players need to continue to attack the rebounds and help out the big men. Also, Phoenix should look to push the basketball in these situations to combat against the Lakers’ aggressive half court defense, an adjustment made in Game Two.

Due to an increase in the Lakers’ pressure defense, the Suns turned the ball over a lot more in Game Two.  Especially with the possibility of playing without Chris Paul, the Suns have to focus on making the smart pass everytime down the court. In Game Two, some of their passes were ill advised and easily stolen. This is something that definitely hurt Phoenix, especially against the Lakers who take advantage of any fast break opportunity they get off turnovers.  Instead of getting the “home-run” pass everytime down the floor, the Suns should really focus on making sure the pass is one that will make it to a teammate instead of ending up in the hands of the scrappy Lakers.

With a question to Paul’s ability, Phoenix should prepare with expectations of him being limited. Although he is the most important piece in this turn-around season, as the saying goes, “the show must go on.” This series has been the most intense and competitive series throughout the first two games of any series. The Suns will look to reclaim home-court advantage on Thursday. Tip-off is 7 p.m.