How do the Suns Move Forward After Game Two? 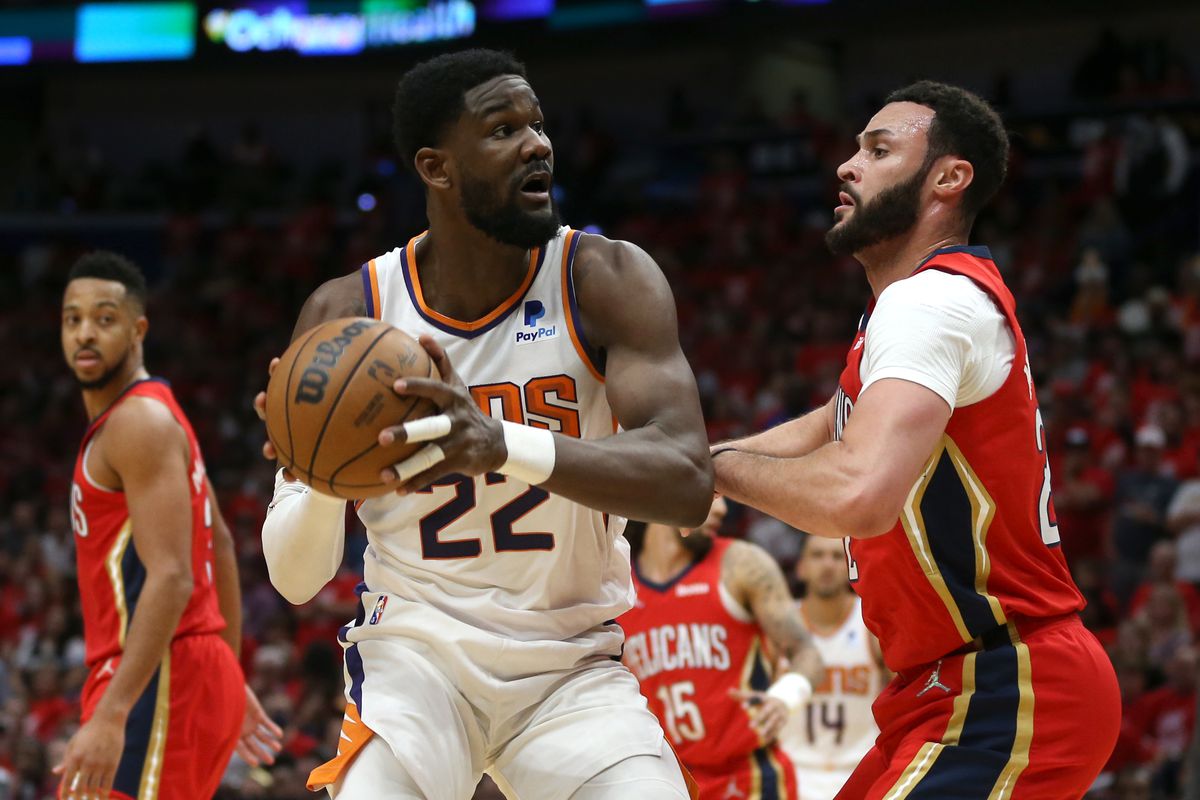 In a disappointing 125-114, loss for the Phoenix Suns in Game Two against the New Orleans Pelicans, All-Star Devin Booker was injured in the third quarter after scoring 31 points in the first half. The Suns revealed on Thursday that Booker has a right hamstring strain and will likely miss 2-to-3 weeks. This of course includes the important Games Three and Four in New Orleans this weekend.

The Suns find themselves in an interesting position traveling to New Orleans for the next two games. Although Phoenix remains a heavy favorite to win the series, pressure is now on the team to win on the road without their leading scorer.

With all of this in mind, what needs to happen for the Suns to take care of business on the road?

In their loss on Tuesday, the Suns played a more stagnant style offense than what fans are used to seeing. This likely has to do with the impact of losing Booker, but the Suns need to keep swinging the ball around the perimeter in order to get the best shot.

The Pelicans ranked 20th in defensive rating during the regular season. If the Suns swing the ball and attack the paint, the Pelicans defense will break down. However, if the ball stays stagnant, it is easier for a bottom-tier defense to scheme against an offense.

Moving the ball will be important, especially with Booker’s injury. Booker adds a play maker to the Suns’ lineup who can score anywhere on the court. Although Phoenix can not replace Booker in their lineup, they still can get the open looks that he provides for his teammates through their ball movement.

Closen Up the Rebounding Battle

So far throughout the series, the Pelicans have dominated on the glass. In just the first two games, New Orleans grabbed 99 total rebounds. This compares to the Suns’ 68.

A lot of this has to do with the combination of power forward Jaxson Hayes and center Jonas Valenciunas. With both players listed at 6”11 and 7”, they give the Pelicans a huge size advantage with Phoenix playing a smaller lineup with Jae Crowder as the starting Power Forward.

In New Orleans for the next two games, the Suns need to become more physical with these two big men. This lies a lot on the shoulders of center DeAndre Ayton. Ayton, who has been quiet on the glass this series, needs to take control of the paint especially on the defensive side. The Suns need Ayton to be strong in the paint and keep Valenciunas from keeping the play alive for the Pelicans. If not, Valenciunas’ style of play will keep the Pelicans in the game.

Come Out Strong in the Second Half

In the first two games, the Suns have gotten out to strong halftime leads. Game One saw the Suns extend their lead to 19 points in the first half and Game Two, with help from Booker’s offensive explosion, the Suns went into the locker room up five.

However, the Pelicans’ had big third quarters in each game. They’ve managed to outscore Phoenix by double digits in both games coming out of the half.

A lot of this has to do with how hard the Pelicans play when facing adversity. Looking at their season, fans wrote them off after their slow start. However, head coach WIllie Green pushes his team to keep fighting, just like he saw Monty Williams do while he was assisting in Phoenix.

The Suns need to take advantage of their leads and not let the Pelicans back in the game. They have to focus on matching New Orelans’ energy coming out of halftime. The Suns know that the third quarter has been a weak point so far this series. Focusing on having their best quarter to start the second half can either extend their leads or prevent the Pelicans from staying in the game.

The Most Important Game for the Sixers
Is Ja Morant Too Inefficient In The Playoffs?