How the Albert Pujols Signing Helps the Los Angeles Dodgers 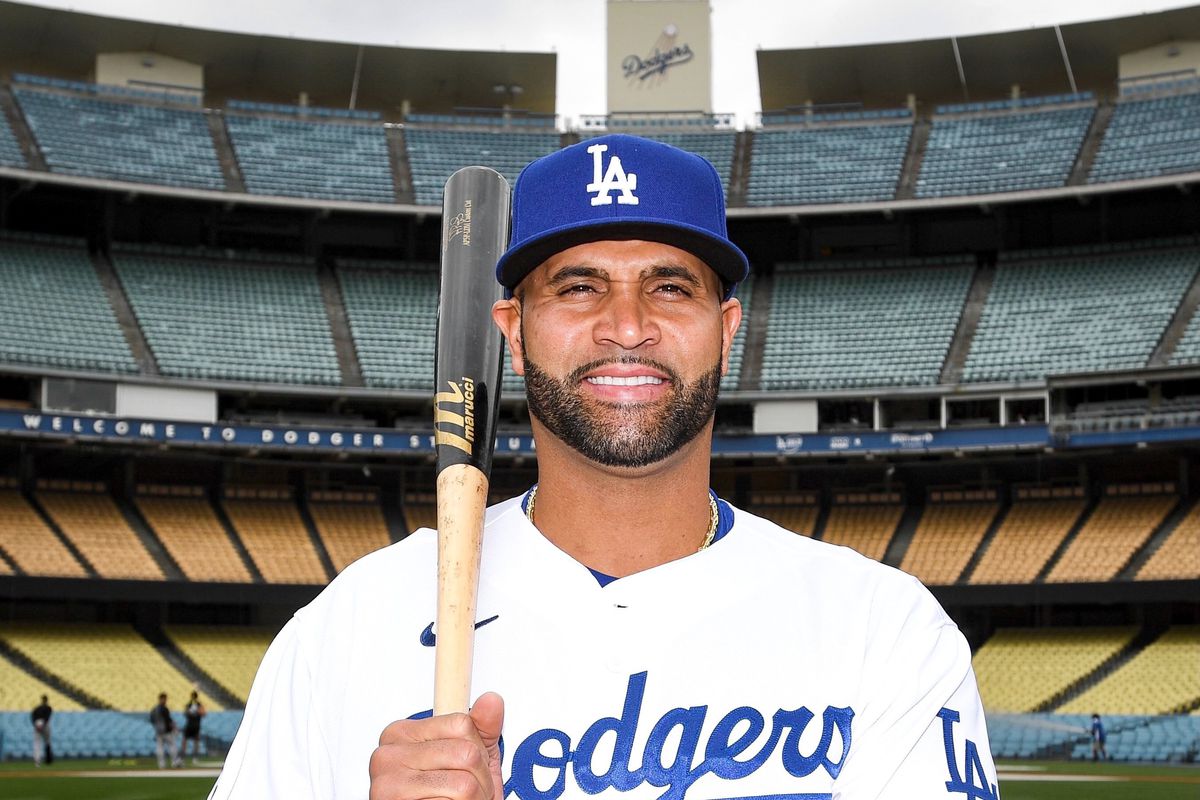 The Los Angeles Dodgers have signed former MVP and World Series champion Albert Pujols to their roster for the remainder of the season.

Albert Pujols and the Los Angeles Dodgers came to an agreement on a major league contract Saturday evening. This came a week after the Los Angeles Angeles released Pujols. Some questioned the release but the Angels heading into a younger direction. The future Hall of Fame officially signed with the Dodgers Monday afternoon, sending RHP Tony Gonsolin to the 60-day injured list in order to make room on the 40-man roster for Pujols.

Pujols tweeted this afternoon thanking the Angeles for the 10 years he spent there and for the Dodgers giving him this new opportunity.

This move is low risk high reward scenario for the boys in blue for multiple reasons. For starters, the Dodgers are only paying a portion for Pujols’ services. Pujols’ deal is the league minimum for the remainder of the season which is around $420K. In addition, this amount will be deducted from his $30 million salary that is being paid by the Angels.

Pujols’ Role With the Dodgers

As the old saying goes “another man’s trash is another man’s treasure”, and this is exactly what Pujols can bring. Although he is 41 years old, he still has a lot to contribute to the organization. The Dodgers have multiple young assets to their roster such as Gavin Lux, Sheldon Neuse, Zach McKinstry, and Luke Raley. With the addition of a 3 time MVP, 10 time All-Star and Two time World Series Champion, he can help these young players reach their potential. This is beneficial for Pujols because he is giving back to the game that gave so much to him. Not to mention that he is helping the next generation as well as helping a contender seeking a second World Series title in as many years.

Another particular reason as to why this is a good signing for the Dodgers is his batting against left-handed pitchers. When it was announced that the Dodgers were brining in Pujols Saturday, the Dodgers had a .663 OPS against lefty pitchers. This is 136 points lower than their OPS vs righties. For the season, Pujols has a .198 batting average, .250 OBP and .372 slugging percentage. However against lefties this season, he has a .878 OPS and .513 slugging percentage. This could be helpful in late game decision making when it comes to the postseason.

History Made Again For LA

With the addition of Pujols to the roster, it makes the Dodgers the fourth team in MLB to have four former MVPs on one roster, joining Cody Bellinger, Mookie Betts and Clayton Kershaw. The Dodgers joins the 1978 Cincinnati Reds, 1982 Anaheim Angels and the most recent 1996 Red Sox. Not to mention that they Dodgers also have three former Cy Young winners on this roster in Kershaw, Trevor Bauer and David Price.

Nets Ready For Title Run, But Are They Ready To Win It All?
NFL 2021 Schedule Release: Atlanta Falcons