How The Cardinals Can Stop Justin Jefferson 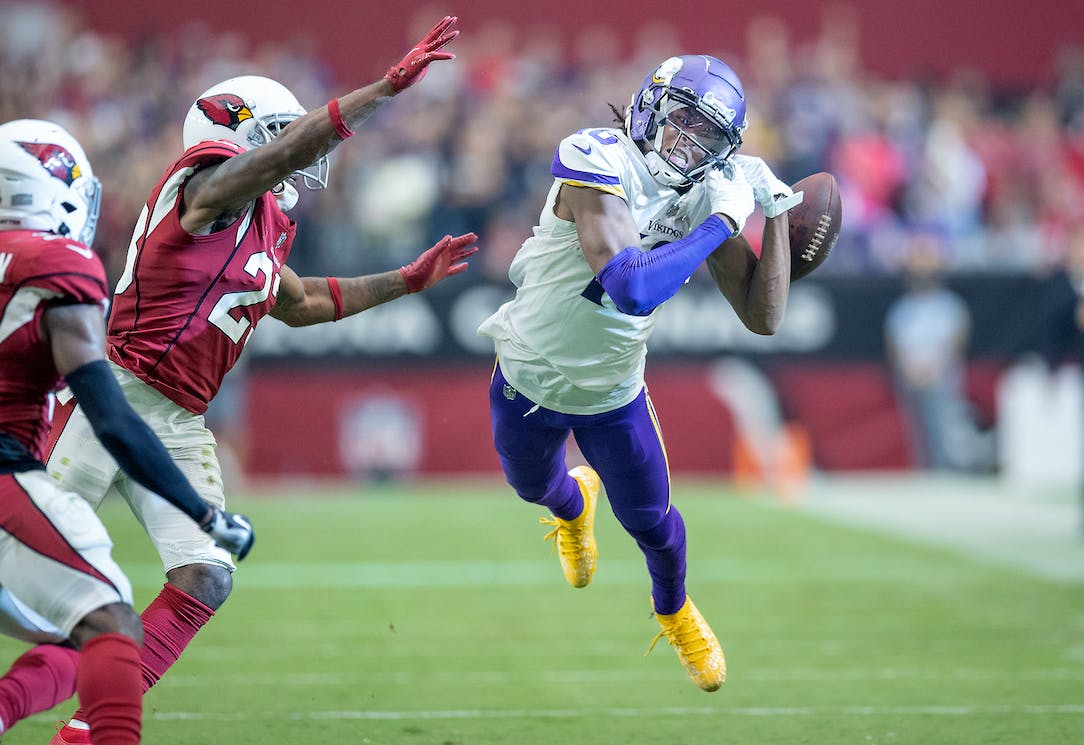 The Arizona Cardinals have had an up and down season to say the least. Entering week eight the team sits at 3-4 which is tied for last with the reigning Super Bowl champions in the NFC West. The defense has been solid while the offense has been shaky, but Arizona is looking to build off a solid performance in primetime last week. The game started with Arizona’s offense struggling once again. Right before halftime the defense managed to score 2 touchdowns on interceptions giving Arizona a decisive lead that they never looked back from. This week they face a much stronger opponent in the 5-1 Minnesota Vikings. Like last week, I believe the defense will be the key to Arizona winning this game. Photo: TwinCities.com
Justin Jefferson has been a standout receiver ever since his first snap in 2020. He’s put up back to back 1400+ yard seasons and is off to another hot start in 2022. Through six games Jefferson has already put up nearly 650 total yards. He’s been effective for the Viking offense in almost every game this year, putting up over 140+ yards three times during that stretch. In only 2 games this season Jefferson hasn’t reached more than 50 total yards, but that’s where the key to stopping him lies.

How The Eagles Stopped Justin Jefferson

Jefferson’s 2 “lackluster” games came against the Eagles in week two and the Lions in week three. Against the Eagles Jefferson only managed six catches for 48 yards. The Eagles game plan was to simply keep everything in front of them. They almost never left the safety alone and kept at least two defenders in the secondary at all times. This showed to be successful as Jefferson never broke off a big play. That being said however, Jefferson did pick up a few key first downs to keep the Vikings moving. Most of Jefferson’s catches were on quick slants or in routes that could beat the Eagles zone coverage. It was obvious the Vikings had an answer for zone coverage but didn’t have one for man coverage. Nick Siranni and the rest of the Eagles coaching staff noticed that and chose to play man for most of the game. The result? Minnesota scored a season low of seven points.

How the Vikings adjusted

The next game I looked at against the Lions went down as a win for Minnesota despite Jefferson only making three catches for 14 yards. Minnesota adjusted and mainly used Jefferson as a decoy throughout most of the game. This opened up room for guys like Adam Thielen. For example, on a goal to go play early in the game, Jefferson was in motion in the backfield causing the Lion’s defense to shift with him. This left Adam Thielen wide open on the other side of the field for a touchdown.
They later ran a similar play that saw Jefferson go in motion right so Cousins could hand off to Dalvin Cook the opposite way. Cook got the angle and went in for the touchdown. Plays like this showed how much the Minnesota coaching staff has improved compared to Mike Zimmer’s tenure. In just one week the Vikings made key adjustments and it worked despite the lack of volume to Jefferson. 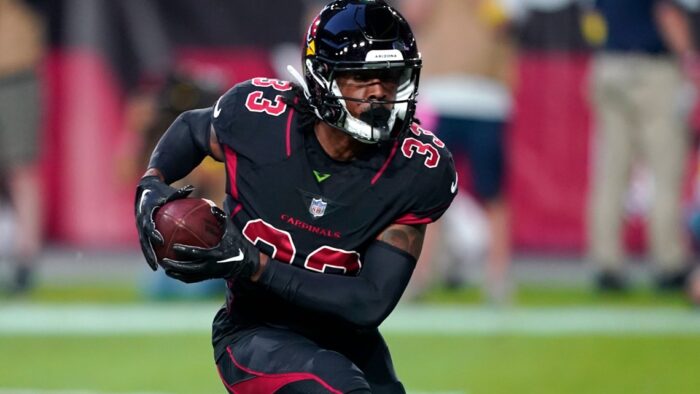 Photo: 12news.com
Since those two games, Jefferson has been borderline unstoppable. As stated earlier though one of the best ways to totally stop the Minnesota offense is to keep everything front. Not allowing those big play chances from Jefferson is huge. It also keeps other players like Adam Thielen from breaking off unnoticed. If the defense can recognize when the Vikings are using him as a decoy they could avoid easy touchdowns for Dalvin Cook as well. It’s inevitable that Justin Jefferson is going to get the ball but if Arizona can limit how far downfield he gets, the whole Vikings offense could come to a crawl.
Another key factor this weekend will be Arizona’s pass rush. The Cardinals have struggled so far this season rushing the quarterback but have shown signs of life like against Carolina in week 4. If Arizona can produce a pass rush Kirk Cousins will be forced to make quick decisions. In the Vikings game against Philadelphia, Justin Jefferson was open on a few different plays. Cousins couldn’t see that though as he was too busy trying to escape the collapsing pocket. The Eagles didn’t win solely because they kept everything in front of them. It was that combined with a solid pass rush that won them the game. J.J. Watt and Zach Allen will need to be at the top of their game.
Overall, if Arizona’s defense can limit throws downfield to Jefferson and not bite on the decoy plays Minnesota has shown in the film, they should be fairly successful. If they stay disciplined the opportunities for turnovers will come as well. Arizona’s defense has been the reason they have been in games the last few weeks and they will need to have another stout performance in order to defeat the 5-1 Minnesota Vikings.

Are Young Running Backs The Future?
Former Red Sox Have Their Fingerprints on the 2022 Postseason