How the Mavericks Can Bounce Back in Games 5 & 6 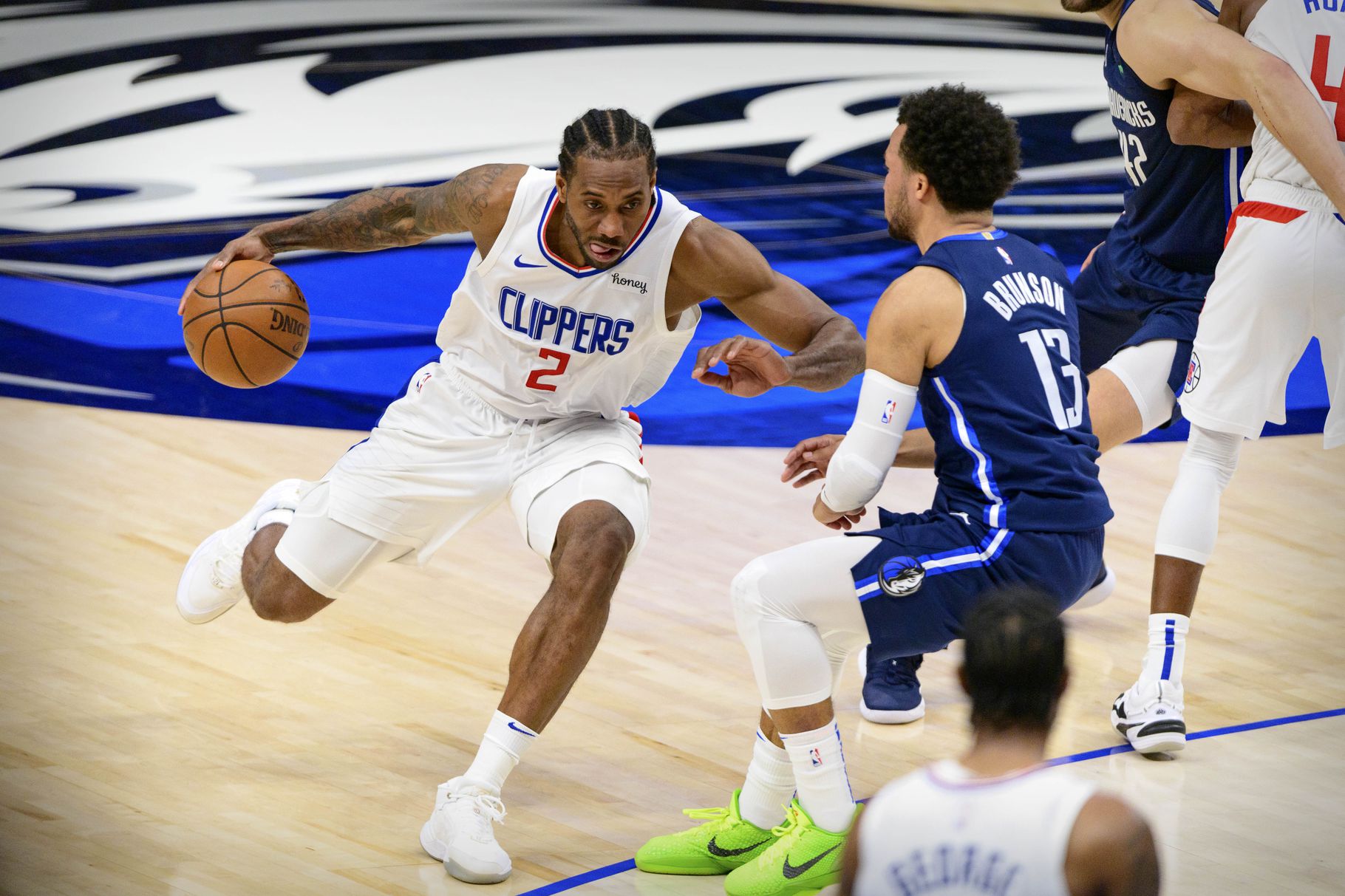 After capturing a strong 2-0 series lead, the Dallas Mavericks have surrendered both of their home court matchups to the Los Angeles Clippers and let the series fall to a 2-2 standing. According to OddsChecker, the Mavericks had a 68.1% chance to take the series after winning both games on the road. Since losing both home matchups, those odds have diminished and they are no longer favorites to win the series.

Here’s a look at a few things the Mavericks must capitalize on in order to respond in the series’ most crucial upcoming games.

Undoubtedly, the biggest problem for the Mavericks in their recent matchups with the Clippers has been their inability to contain Paul George and Kawhi Leonard.

Leonard, who is currently averaging 33 PPG, 4 AST, and 6 TRB, has been a nightmare for the Mavericks on the court. Not only is Leonard shooting a staggering 62.7% from the field and 47.6% from three, but his defensive presence has been tremendous.

In addition to averaging 2.3 STL and 1 BLK per game, Leonard has caused disruption in Dallas’ pick and roll game while also guarding Luka Dončić very effectively. The Mavericks clearly do not have an answer for the superstar, but they must find one quickly.

Paul George has been an equally tough matchup for the Mavericks as well. He is currently averaging 25 PPG, 4.5 AST, and 8.5 TRB on 50% shooting from the field.

Although his three-point shooting has not been up to standard, he has been nearly unstoppable inside the arc shooting nearly 70% through the first three games. Like Leonard, his defense has also been stifling and key in disrupting some of the Mavericks’ offensive plays.

If Kawhi Leonard and Paul George continue to score at the rate and efficiency they have through the first four games of the series, it is hard to imagine a scenario where the Mavericks come out on top. The star tandem of the Clippers must be slowed down.

For the first time in this four-game series, the Mavericks did not look competitive with the Clippers and it is no coincidence that Luka Dončić’s health was in jeopardy before the game.

After suffering a neck strain late in Game 3, Dončić was listed as questionable for Game 4 but managed to suit up anyways. It became increasingly apparent throughout the game, however, that this injury was no minor setback.

Clearly, the injury has hampered Dončić’s ability to play at his full potential. The bright side of things is that he has had three days to rest since the Clippers’ blowout Game 4 performance on Sunday. If the Mavericks are going to have any shot of competing in the upcoming matchups, Dončić’s injury must improve.

Arguably the biggest factor of the Mavericks’ postseason run thus far has been their success from three-point range, that was until Game 4 at least. After shooting an impressive 50.4% from beyond the arc through the first three games, the Mavericks had their worst shooting performance of the series shooting an abysmal 16.7% from range on Sunday.

Unsurprisingly, this was the first game that did not look competitive between the two teams. The Clippers were the best three-point shooting team in the NBA during the regular season, and that has not wavered in the playoffs as they are posting averages of 44.7% from three in the previous three matchups.

The Mavericks have absolutely no chance of winning the series if they cannot keep up with the Clippers from range. Players like Tim Hardaway Jr., Kristaps Porzingis, and even Dorian Finney-Smith who were dynamic from three in the regular season, have shied away from the deep-ball in recent games.

Hardaway Jr. who had been shooting incredibly from beyond the arc this series at 65.2% through the first three games had his worst performance of the series in Game 4, going 0-4 from three and 4-14 from the field overall. The Mavericks cannot expect to win games when their best three-point shooter is absent from beyond the arc, he must respond in the following matchups.

The same goes for Finney-Smith and Porzingis. After shooting 4-5 and from three in Game 1, Finney-Smith has shot only 25% since. Porzingis has also been lackluster from range, shining only in Game 2 from three-point range but shooting 33.3% for the series overall.

The bottom line is that the Mavericks cannot afford to have their three best shooters continuing to shoot like this. They all have to step up and force the Clippers to pick their poison between allowing Dončić to score one-on-one or leaving shooters open.

Looking on the Bright Side: The Washington Wizards
What’s Next For The Miami Heat?