How The Nuggets Will Beat The Blazers 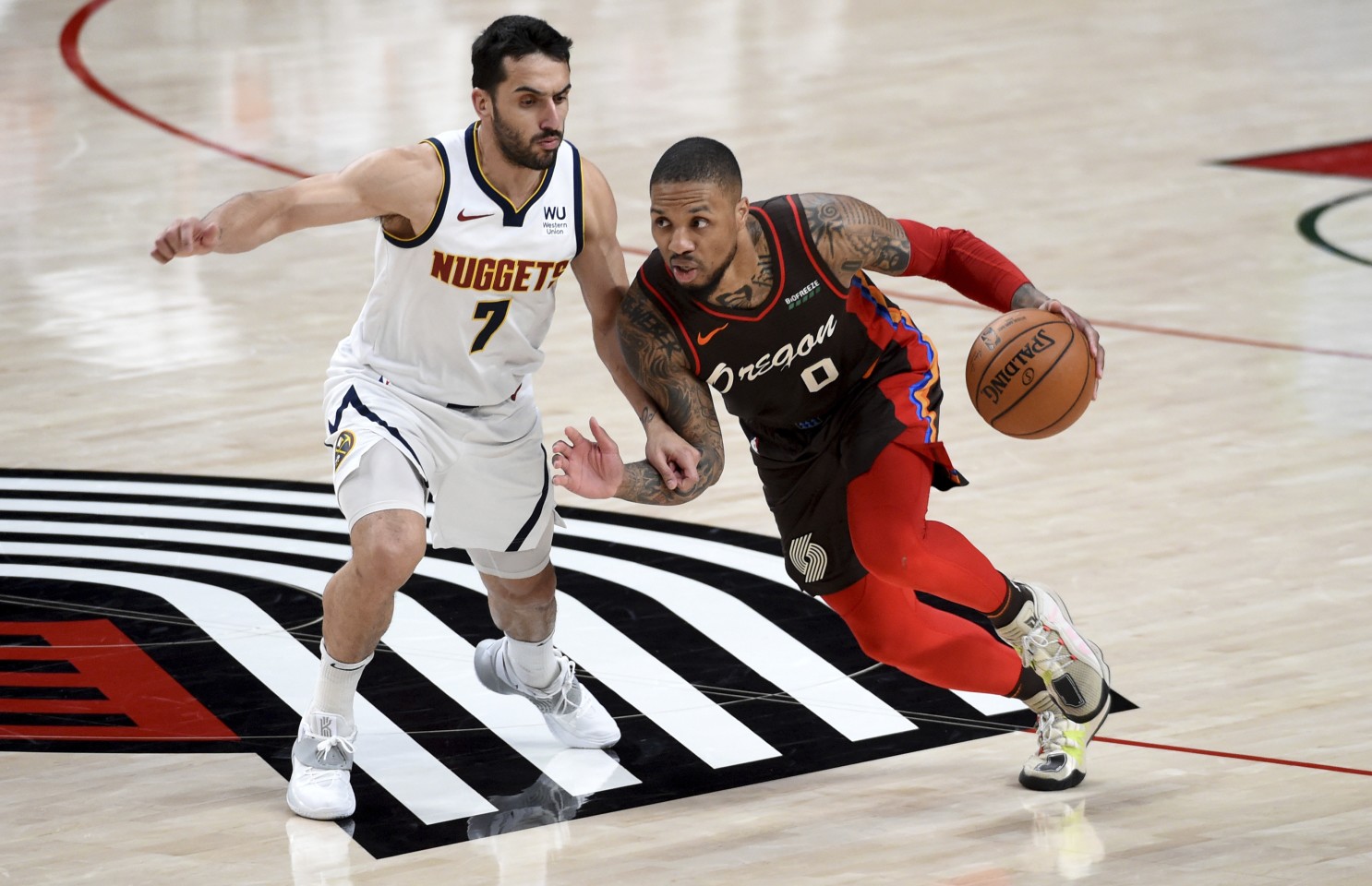 While the Denver Nuggets do have home court advantage over the Portland Trail Blazers, the series is far from lopsided. The loss of Jamal Murray hurts Denver, so soon-to-be MVP Nikola Jokic will continue carrying more of the offensive load. This is the time for a young player to solidify himself as a threat on the offensive end. With the series starting on Saturday, let’s take a look at the places where the Mile High City must beat Portland.

Containing Damian Lillard and CJ McCollum is easier said than done. Everyone knows Lillard and will be able to score, but to win the series, Denver must do everything they can to slow him down. Jamal Murray was playing stellar defensive before his injury, so the Nuggets will have to throw a combination of defenders at Lillard.

The players expected to guard Lillard the majority of the time are Will Barton, Facundo Campazzo, Austin Rivers and Aaron Gordon.

Guarding Lillard is not a one-man task. It will take the full effort of the five guys on the floor. Whoever is involved in Lillard’s high pick-and-rolls will have to trap him as the Los Angeles Lakers did in the Bubble last season.

“What I remember most is how good CJ McCollum was,” said Michael Porter Jr. when asked about the Blazers backcourt. “I know everyone talks about Damian Lilard, but CJ is another player they have that is very good.”

The Nuggets must be careful to not put all of their defensive focus on Lillard because Portland has multiple offensive threats with McCollum, Powell, and Carmelo Anthony.

“I definitely feel more ready to know what I should expect,” said Porter Jr. when asked about his readiness heading into the postseason. “Just being a part of the playoffs makes you realize the level of basketball it goes to. I’m prepared for it and I’m excited.”

MPJ’s stats have greatly improved from his rookie season with him averaging 19 points and seven rebounds per game. Consequently, he is a finalist for the Most Improved Player award, along with Julius Randle and Jerami Grant.

Portland will throw different coverages at Porter Jr. to make him uncomfortable. If he is able to cope with that, MPJ could be the x-factor in this series.

Throughout the regular season, Portland and Denver were top of the league in first quarter points. As a result, the first 12 minutes of each game could prove to be the most important.

“Last game we played them, they hit for nine [three-pointers] in the first quarter,” said Coach Mike Malone. “They can break a game open. They have an elite offense.”

With so many shooters on their roster, the Blazers can get hot at any time. With the new three-guard starting lineup Portland uses with Lillard, McCollum, and Powell, they will come out swinging from the opening tip. The Nuggets must put an emphasis on getting off to a strong start in each game if they want to advance.

When the three-seed takes on the six-seed there is usually a clear favorite and a clear underdog. However, Denver’s injuries and Portland’s fire power make this a much more evenly matched series. If Denver can achieve the three points outlined above, they will have the best shot at advancing to the second round.

If they advance, they will face the winner of the Phoenix Suns vs. Los Angeles Lakers.

Phoenix Suns: Keys to beating the Los Angeles Lakers
Can Paul George Be Trusted In The Postseason?