How The Raiders Hung In There Amongst Major Distractions 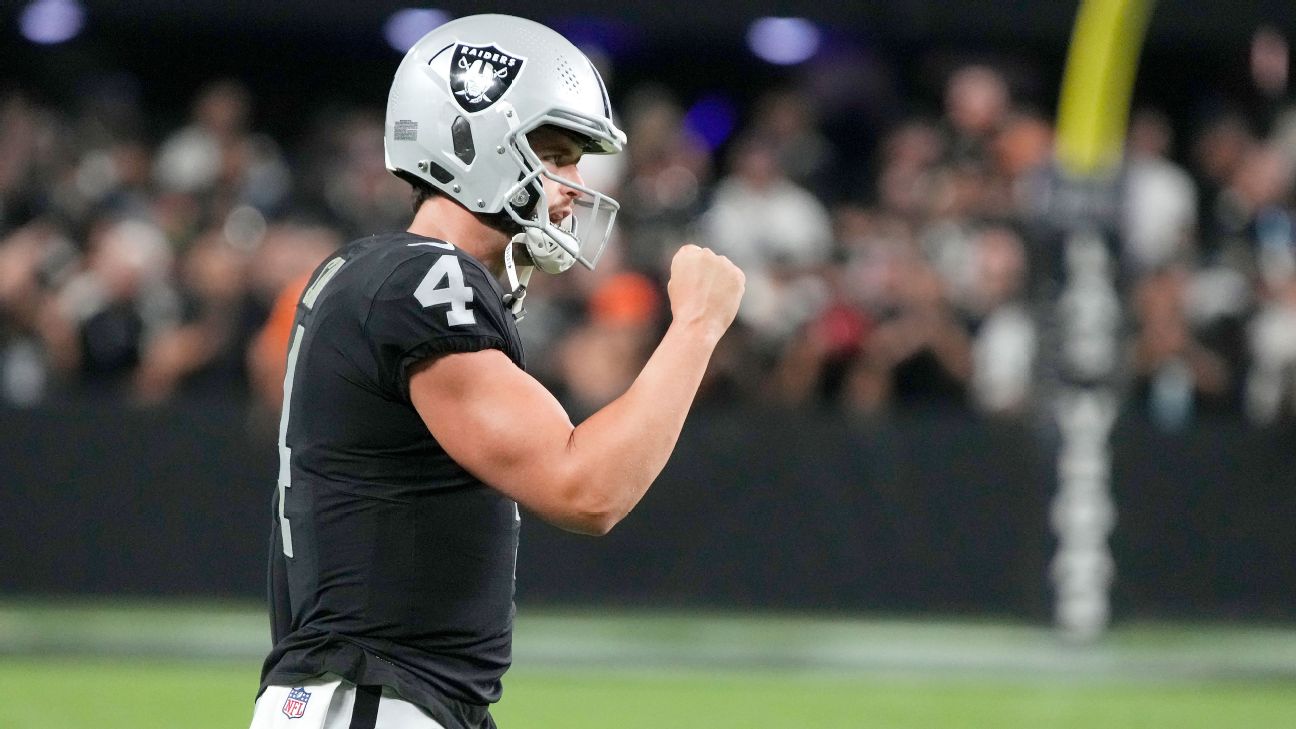 A midseason coaching controversy, off the field conduct issues among different players, doubts among fans about the franchise quarterback and the loss of a team icon all took place during this 18-week marathon season for the Las Vegas Raiders.

But so did the team’s late season surge that led them to clinch a playoff berth for the second time since 2003. How did they make this happen? The storybook ending to the regular season chapter was written by several pieces who worked cohesively to ensure one thing: that the Raiders made the playoffs in the end. Here are the different pieces that made it happen.

Rumors have surfaced around the future of eight-year veteran quarterback Derek Carr and his future as the team’s franchise quarterback. Despite Carr’s promising stats over the years, he has struggled to convince fans that he is capable of leading the team down the line. Part of this has been the Raiders ability to make the playoffs just twice in his career and his underwhelming record of 57-70.

But fans also need to take into account what Carr has had to endure throughout his career. He has went through five different head coaches in his seven years, two of which were interim head coaches. He also endured several major changes to his offensive weapons from the trade of wide receiver Amari Cooper in 2018 to the recent DUI arrest of the speedy Henry Ruggs III, one of the many adversities the team had to overcome. But with the Raiders finishing with an NFL record six walk off wins, Carr continued to prove why he is the go to driver for a team in dire need of clutch moments.

Speaking of receivers needing to step up and Carr’s weapons, third year receiver Hunter Renfrow has developed quite a chemistry with the quarterback. Initially underestimated due to his size the Raiders took him in the fifth round of the NFL draft out of Clemson, where he was initially a walk-on. Through the various injuries of offensive pieces that Carr has had to endure, Renfrow has remained as one constant this season. He finished the season with 103 catches, the third most in a single season by a Raider. He became a huge name across the NFL this year. He capped off his storybook season with his 100th catch while also recording two touchdown catches in the Raiders Sunday Night Football clincher.

Has Interim Rich Bisaccia Earned The Title As Their Next Head Coach?

After Jon Gruden’s resignation over his racist, misogynistic and anti-gay language in his emails, rumors of the next head coach immediately surfaced among the fans. But wait what about the current interim head coach Rich Bisaccia? What about his 38 years of coaching experience? What about the fact that the Raiders were still in the the thick of the postseason chase? While the rumors continued to loom on a week-by-week basis about the team making a blockbuster hire either through a major trade for a big name head coach or big time hire out of college, Basaccia kept the team from letting up, and they are not done yet.

He has received little credit for the job that he’s done coaching this team in the path to recovery. Few thought a team who lost their head coach, a star receiver, and star defensive back in Damon Arnette could possibly continue any rhythm of winning from early on. Fewer thought the Raiders had any shot at the playoffs after the team lost three straight between weeks 9-and-11. That number of believers shrunk even more after the team took a brutal 48-9 beating from the division rival Kansas City Chiefs in week 14.

But they did not break, and they are still here. The players have also made it clear that they enjoy playing for Basaccia. Previously the team’s special teams coordinator, Basaccia continues to coach special teams while letting offensive coordinator Greg Olson and defensive coordinator Gus Bradley continue to run their units. If he has not solidified himself as the team’s next head coach, a deep playoff run in these next few weeks just might.

For years the fans of the silver and black and the team’s offense have suffered through a lack of defensive support. This season, particularly in the last few weeks the unit has come through big. While they sit in the middle of the pack in most defensive categories, this looks like a vast improvement from last season where they ranked in the bottom 10 in both passing yards and rushing yards allowed. This is thanks to many factors including a young revamped secondary and a pair of proven talent at the defensive end positions with Maxx Crosby and Yannick Ngakoue.

From revolutionary punters like Ray Guy and Shane Lechler to the towering punts and field goals of Marquette King and Sebastian Janikowski, one thing is clear, the Raiders always underscore the importance of having great special teams. This season has been no exception. Punter A.J. Cole leads the league in average yards per punt while kicker Daniel Carlson has been depended on to make field goals more than any kicker in the league this season. He has always delivered in the clutch kicking five game winners and among his league-leading 40 field goals made. The two have formed yet another highly impactful special teams unit and thus,  have each earned four-year contract extensions.

The Raiders Are Not Done Yet

Over their history, this storied franchise has undergone many controversies from several city moves to memorable names on the field. This season alone was one story worth several years. But the story is not finished. The team has a chance to make a Super Bowl run. That run would start with this week’s tough wild card against a highly potent Cincinnati Bengals offense. The game will air on Saturday on NBC with kickoff set for 4:30 p.m. eastern time.

Big Blue Report: Mara Was The Judge And Joe Had To Go
Sacramento Kings Team Up for Change