A’s might be changing baseball yet again are they are one of the first teams to experiment with the new WIN virtual reality headset. 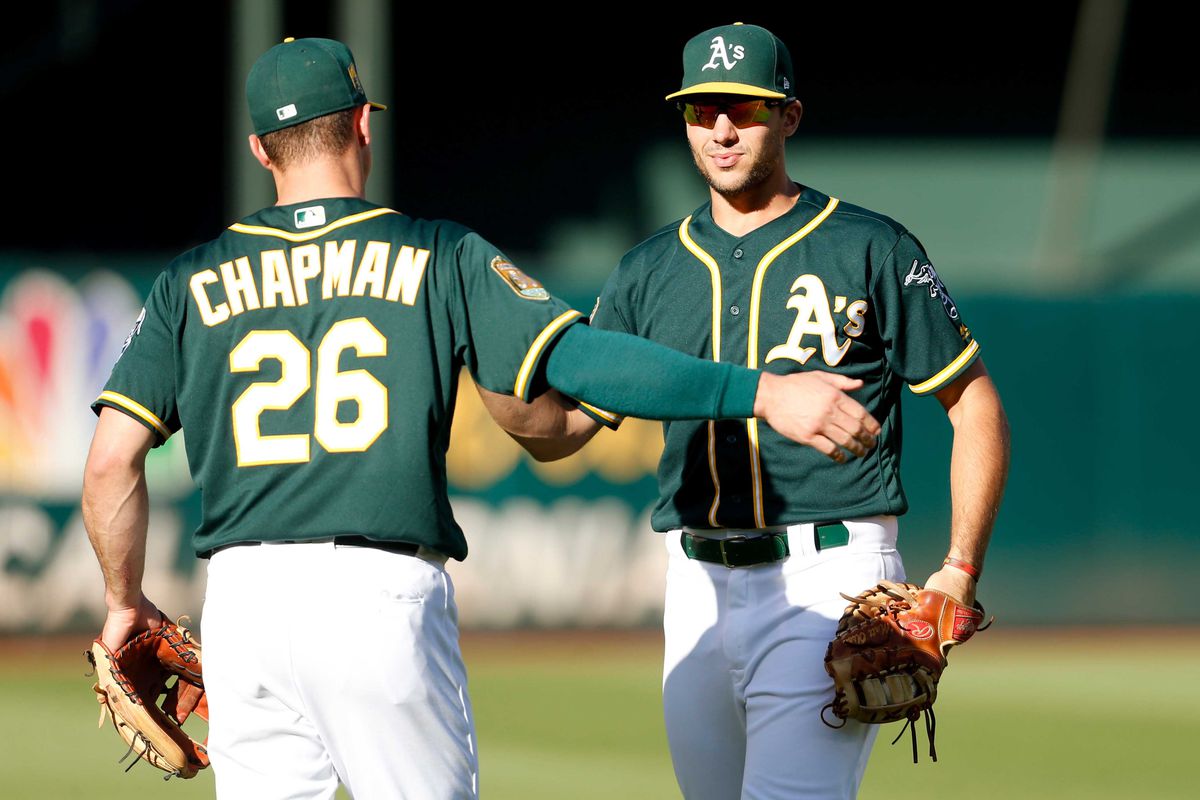 The A’s might be changing baseball yet again, as they are one of the first teams to experiment with the new WIN virtual reality headset.

From the early use of colorful jerseys in the 1970’s, to pioneering use of sabermetrics in the Moneyball era of the early 2000’s, the A’s have been at the forefront of introducing new concepts to the game of baseball. Once again, they are piloting what could become a robustly used innovation across the league.

Several Oakland A’s bats have already come to life so far in spring training. Apart from several roster breakouts, the no brainer 3-4 Matt bats in the A’s lineup have come out bashing immediate bombs. Matt Olson and Matt Chapman are each looking for major bounce back seasons

Bottom line is: the A’s are getting all the performances they can ask for in spring training. Why is everything working out so far for the team? Apart from having a healthier lineup, A’s hitters, particularly the Matt’s, are utilizing new and ever evolving VR headsets, aimed at aiding them in reading pitchers.

What Is Win Reality Technology?

Prior to Chapman and Olson hitting back-to-back homeruns against the Cleveland Indians in Sunday’s 9-4 victory, they used the WIN (What’s Important Now) Reality headset. This helped stimulate the experience of facing Indians starter Adam Plukto. But it was not the first time this tool was used. Just as the league canceled spring training due to Covid-19 in 2020, three players used this technology to continue taking batting practice virtually. The three players were Paul Goldschmidt and Matt Carpenter of the St. Louis Cardinals, and Mike Yastzemski of the San Francisco

Now, A’s players are starting to use it, which is giving hitters a huge leg up when it comes to judging and recognizing pitches. According to dell technologies, the batter decides whether or not to swing at each pitch. The system responds with immediate feedback on the batter’s reaction. It’s a great tool for hitters to work on their timing by facing pitchers virtually. This helps them better understand each one’s delivery, without having to focus too much on the crack of the bat

How The Game’s Technology Has Evolved

This past decade has seen technology take off in the game like never before. Even to the point that it became the centerpiece in baseball’s most recent cheating scandal in the 2017 World Series. While these scandals have further augmented speculation about any team’s use of technology across the league, there is a clear distinction between the newer VR systems and the use of in-game clubhouse monitors. The Astros stole signs through the use of technology to inform hitters about the upcoming pitch in real time. While there is no rule explicitly outlawing sign stealing, the use of technology to steal signs in-game is illegal.

With virtual reality technology however, the batters simply get simulated at-bats outside of the game. Time will tell if hitters truly have an unfair advantage. The league however, is already reportedly making subtle changes in hopes of supplementing the ball’s long travel. They are slowly testing new anti-shift rules in the minor leagues in hopes of bringing back some small ball. Supposedly, the baseball’s are also being remade so that the seams are loosened and the ball’s weight is decreased. This is will make the ball travel a couple shorter according to an independent lab.

Are The A’s Changing The Game Again?

A’s coaching also experimented with the unique decision to rest their rotation’s starters to start spring training. This is another thing the league might be slowly taking note of. Though time will tell if that will make much of a difference. Since the team’s birth in 1901, they have continually pioneered uncanny ideas and made them into realities across the league. In a year where the team is in a position to compete for a championship, their success alone could alter strategic practices in the game yet again.