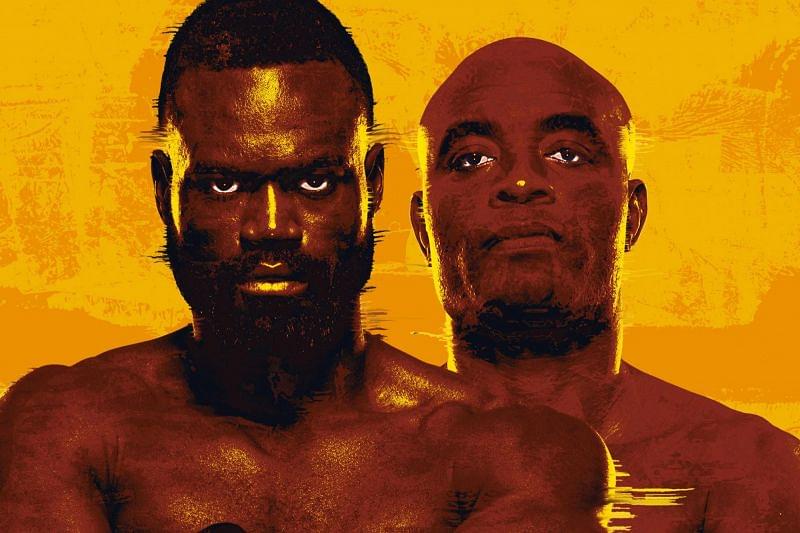 Uriah Hall is set to take on Anderson Silva this weekend in Las Vegas at UFC on ESPN+ 39. It’s only fitting that Silva’s last opponent is Hall; a man who’s been compared to him since arriving on TUF–Season 17 back in 2013.

Uriah Hall has been open about his idolization of ‘The Spider’ as well as the truth behind him mimicking some of what he sees from Silva. Hall shared an anecdote involving Silva with Jenna Ben-Ami in an interview earlier this week.

Hall reflected on knowing what Silva meant when he put his fist up and pointed to his head.

“I knew what that meant,” he said. “It was more of like ‘believe in yourself, you can do it’. It was such an incredible moment and I went out there and I was dancing… I beat the guy (Leben) he fought in his first fight in the UFC.”

There’s a ton of mutual respect between Hall and Silva. The two legendary strikers were supposed to square off at UFC 198 in 2016, but Silva was forced to withdraw for medical reasons.

‘The Spider’ had this to tell MMAJunkie’s Mike Bohn regarding his excitement to finally face Hall.

You can throw all the mutual respect out the window come Saturday, because once the octagon door closes, these two will look to prove a lot to themselves as well as to those watching.

For Hall, determination will set in to not only defeat the man he’s modeled his craft after, but also to make one last run towards the title. Meanwhile, for Silva, winning means ending his illustrious career on the right note. Moreover, if ‘The Spider’ can turn back the clock and beat Hall, he’d do it as the oldest active fighter on the UFC’s roster.

This match-up would have had even more hype and implications surrounding it if it took place seven years ago at UFC 198. Still, it includes fairly high stakes due to the reasons mentioned above.

Make sure to tune in this Saturday to witness idols become rivals. Will either Hall or Silva add another highlight finish to their already accomplished reels?