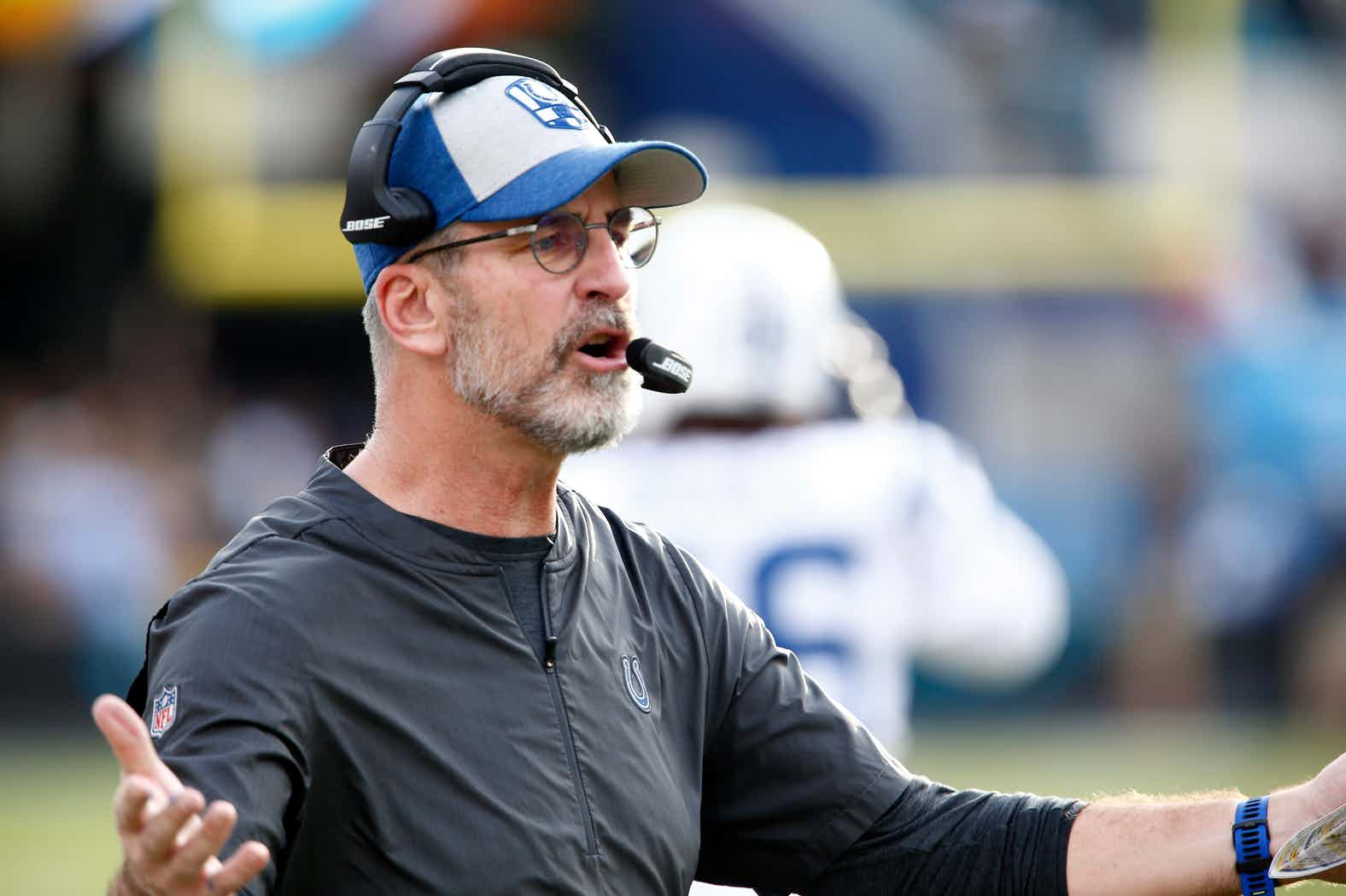 Quarterback Andrew Luck’s surprise retirement following Week 3 of the preseason was merely the first hill on what has become a roller coaster season for the Indianapolis Colts. The team entered the year with sky-high expectations and glowing optimism after a 9-1 finish to last season clinched an unexpected playoff appearance. When Luck called it quits after years of battling injuries, optimism gave way to panic.

Jacoby Brissett took the reins for the Colts and galloped full speed ahead to start the year. The team surged to a 5-2 record and sole possession of first place in the AFC South. With consecutive wins over the Kansas City Chiefs and the Houston Texans, many believed the Colts would continue to rise and position themselves as contenders. Little did we know that this roller coaster was in for a free-fall.

Fast forward to Sunday where the Colts just lost 38-35 to the Tampa Bay Buccaneers. A close game, right? Nothing to be ashamed of. The only problem is that Indianapolis led 35-21 in the third quarter before being outscored 17-0 to close out the game. On second thought, there’s another problem. The Colts won the turnover battle by 3 takeaways, yet they still somehow found a way to lose. Wait there’s more. Remember that 5-2 start? The team has since lost five out of six games, including now three straight where they’ve led in the fourth quarter, to drop to 6-7 with a 2% chance at making the playoffs.

Injuries are at least part of the explanation, although hardly an excuse. A receiving unit that looked deep to enter the season has been completely decimated. TY Hilton has missed five of the last six games, including Sunday’s loss, with a calf injury. Rookie wideout Parris Campbell returned Sunday to play his first game in a month only to break his foot and be placed on IR for the remainder of the season. Devin Funchess has remained sidelined since breaking his collarbone in Week 1. Chester Rogers was placed on IR with a knee injury following Week 13’s loss to the Tennessee Titans.

That was only the receivers. Starting running back Marlon Mack was absent for two and a half games after breaking his hand in Week 11 against the Jacksonville Jaguars. Tight end Eric Ebron suffered a season ending ankle injury in Week 12s loss to the Texans. Finally, Brissett sprained his MCL in Week 9 against the Pittsburgh Steelers. This injury not only has limited Brissett’s mobility, but it forced Indianapolis to roll with Brian Hoyer in what would become losses to the Steelers and the lowly Miami Dolphins.

The Colts have sustained their fair share of injuries, but that’s how it goes in the NFL. The game is physical. Injuries occur and good teams find ways to persevere. Indianapolis has instead crumbled. The offense has ground to a halt over the last month and a half and the numbers show it. On the year, the team ranks 22nd in yards per game and 25th in passing yards per game. Brissett’s decision making has looked questionable at times, most notably with two costly late interceptions in the loss to the Titans. The offensive line, so full of talent and promise, has been good, but has taken a step back from last season’s dominance. Perhaps the worst part of it all has been seeing Adam Vinateri look completely lost on both field goal and extra point attempts. It seems the Canton-bound kicker hung around a year too long, having now been placed on IR and likely on his way to retirement.

On the defensive side of the ball, the numbers look average. The Colts rank 17th in yardage allowed per game and 18th in scoring defense. These numbers are however, skewed by the run-heavy offense’s 7th highest time of possession ranking. The defense has often failed to prevent big plays, which seem to always be allowed in crucial moments of close games.

Failure to finish games strongly has plagued Indianapolis all year. Offense, defense and special teams alike have all failed to capitalize on opportunities to deliver in the clutch. The Colts have seen several winnable contests slip through their fingertips to become disappointing losses in what has become an overall failure of a season.

Emotions are running high at this point of the season. One must imagine that the locker room is full of “what could have been” speculation. With the playoffs, for all intents and purposes, out of the picture, there’s nothing left to do but try to salvage some positive momentum moving into 2020. Jacoby Brissett has already received a vote of confidence from the front office in the form of a contract extension, but now he’s got to make sure that he can remain in the good graces of Head Coach Frank Reich and the Indianapolis faithful. Even with Brissett under contract through 2020, his play in the remaining three games could go a long way in determining whether or not the team feels the need to bring in another QB via the draft, free agency, or trade.

The Colts still have reason to be excited about the future. Their roster remains young and talented and the offense will likely have better injury luck next season (If you count Luck’s retirement it can’t possibly be worse.) Furthermore, Indianapolis has the most salary cap space in the league and will have plenty of money to spend to address their weaknesses. This roller coaster may be wrapping up it’s 2019 run, but the Colts are hoping to be back with higher climbs and more gradual falls for 2020.