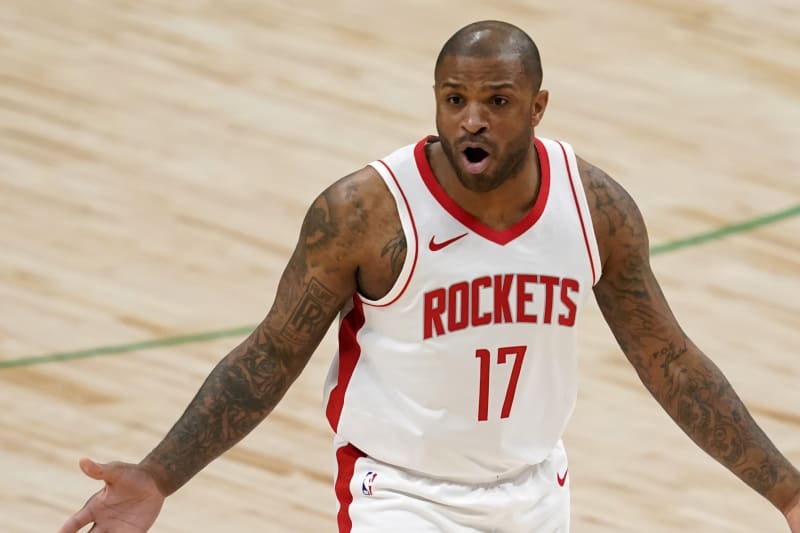 I’m gonna be honest: sitting down to write less than 24 hours after the Meyers Leonard incident, I don’t feel like writing a serious piece right now. Though I normally regale my lovely readers with the latest in analytics and X’s and O’s, towing the same line after an NBA player drops an ethnic slur directed at my religion just doesn’t feel right to me. For the record, I’m not buying his “I didn’t know what that word meant” line at all. I’m still not sure what a sommelier is–I would NEVER lob that as an insult to someone. He knew enough to use the word in an insulting context, so I’m less than convinced by Leonard’s supposed ignorance.

But I digress. I need to write some Chicken Soup for the Basketball Soul, a lighter piece where I get to extoll the virtues of some of my favorite players around the league. After an appearance on the Hardwood Huddle where Randy Zellea, Bill Ingram, Eric Webb, and I discussed some Andre Drummond destinations, I’m in the mood to keep talking trades. With the deadline looming, what better way to shower praise on some of my favorite under the radar trade candidates than compiling my All-Deadline team? You won’t find any huge names here, but pay close attention–these guys could very well end up swinging a title by bolstering a rotation that’s a piece away from contendership.

I can’t believe this is my first mention of Sato in my 80+ columns, as the dude’s one of my favorite niche players in the league. A 6’7” point guard, the Czech product is a willing playmaker and lights-out scorer coming off of Chicago’s bench. While he’s not the most aggressive player, Satoransky is a great fit for a team like the Los Angeles Clippers, who only need playmaking, spacing, and solid defensive minutes out of their point guard. Shooting a red-hot 48.7% from three this year, teams looking to upgrade their backup point guard slot should be lighting up the Bulls’ phones.

This entire team could be composed of Magic members, with players like Evan Fournier, Mo Bamba, and Michael Carter-Williams all on the block. However, none of those guys have the entertainment allure that Ross could bring to a playoff team. In a Lou Williams-esque role, the high-flyer could provide a team with some much needed shot creation, averaging over 15 points per game for the last three seasons. On an expiring deal, don’t be surprised to see Ross throwing down poster jams on a team like the Grizzlies or Bucks this postseason.

While Lamb’s essential to the Pacers’ immediate future, once the Pacers have one of TJ Warren or Caris Levert back in the rotation, it’s going to be difficult for them to rationalize giving major minutes to both Lamb and Justin Holiday. Given that the former should net them a better asset package on the trade market, I wouldn’t be surprised to see Lamb swap jerseys in the upcoming weeks.

Don’t take that as an affront to his abilities, though. If that were to occur, it would be fantastic for the 28 year old swingman. Lamb is having one of the best seasons of is career, shooting 44.7% from deep and delivering consistent scoring from all three levels. His fit in Indiana is just a classic case of the right paint on the wrong canvas. Given that none of the Lakers’ bench wings have given the team any scoring punch, I think the Purple and Gold would be a great fit for Lamb. A bench pairing with him alongside Kyle Kuzma could be poised to do some serious damage come playoff time.

This selection feels a little too obvious, but it would be downright sacreligious to pick anyone else here. By now, the league knows the rep on Tucker, a solid corner shooter, sturdy rebounder, and tenacious defender that can guard 3-5 at a premium. Given his body of work on the Houston Rockets squads of yore, teams will line up out the door trying to get their hands on Tucker. It may seem insane that a 35 year-old power forward could notch two first round draft picks, but I genuinely believe someone’s going to pay up big time for the sneakerhead’s services. My favorite destination? Give me a Chris Paul reunion in Phoenix, who’s in desperate need of a closing forward to throw in with Paul, Devin Booker, Mikal Bridges, and DeAndre Ayton.

Allow me to be slightly irrational with this selection. There’s nothing that I love more than doofuses in the NBA postseason, and last year was an outright doofus drought. With the Golden State Warriors and Cleveland Cavaliers reigning atop the league, I didn’t know how good I had it. Looking back, watching them trot out clumsy bigs like Zaza Pachulia and Anderson Varejao could have been the peak of bumbling-center-stock, a golden era never to be seen again.

While Reid is more coordinated than the two of them put together, he’d make for a good reentry point for the doofus center archetype. The dude’s so long he might as well be Gumby’s stunt-double. The fact that he uses his length to shoot 34% from three certainly doesn’t hurt his case for mind-boggling big of the year, either (though Nic Claxton in Brooklyn is starting to make a strong pitch himself). Throw Reid on a team like Milwaukee, and let him and Giannis Antentokoumnpo please the Gods of Length on their way to the second round.