Is Aaron Judge Still Affected by an Oblique Strain? 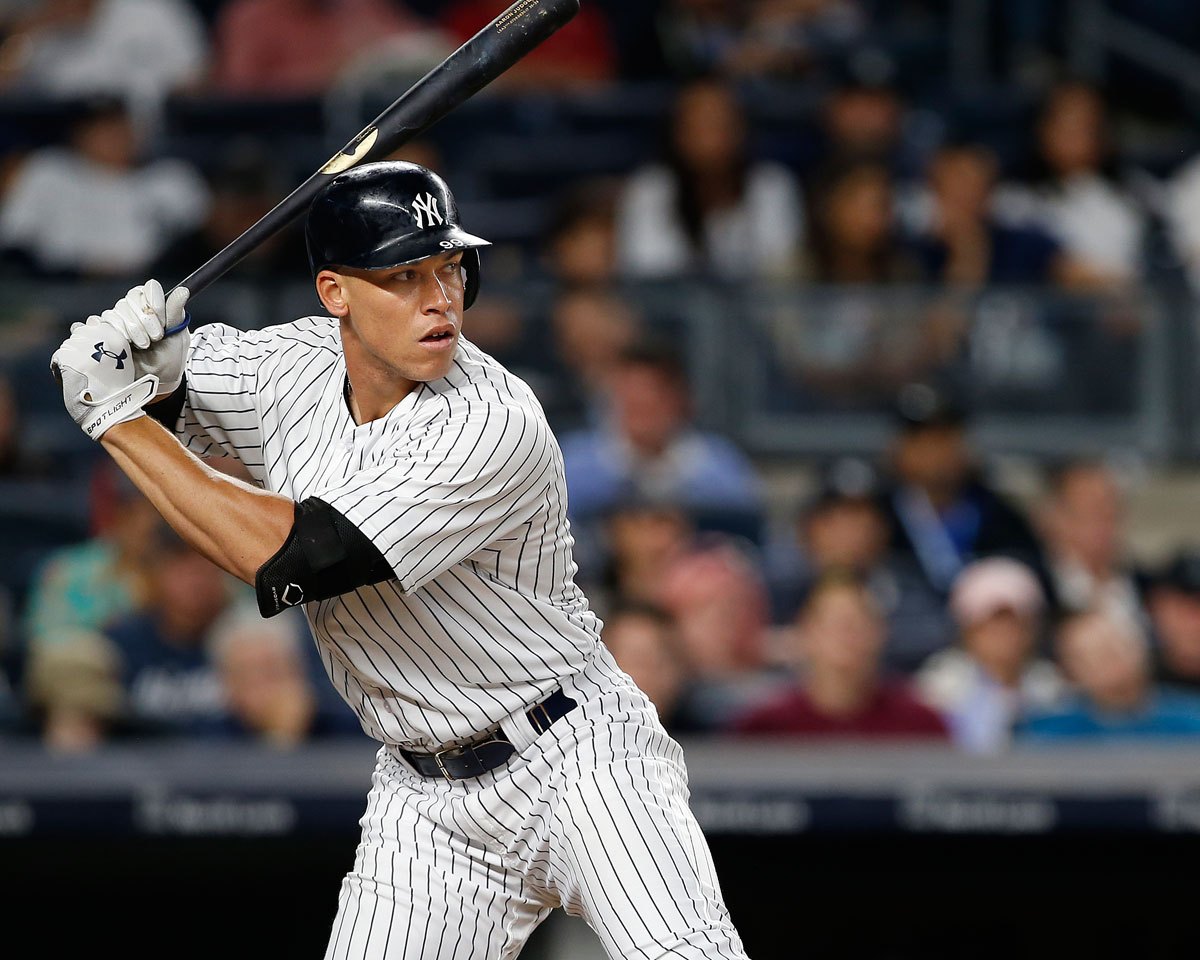 Note: If unsure about what a specific stat means please check the key.

There’s no secret that beloved Yankee star Aaron Judge has had his fair struggles this year at the plate. Although the Yankees and Judge himself agree that his recent struggles have just been from a slump, the six-foot-seven right fielder still may be suffering from the aftermath of an oblique injury. The Fresno State product was originally placed on the I.L. on April 21st for a left oblique strain, and returned to the Yankees exactly two months later; his numbers since have garnered the same numbers from his 2017 ROY campaign. Despite leading the majors in Average Exit Velocity (97.7 MPH), and his HR/FB ratio (29.0% in 2018 to 27.3% in 2019) being relatively the same, there are several red flags in Judge’s performance. Judge has a decrease in wOBA (.391 to .358), wRC+ (149 to 123), and Pull% (40.2% to 34.8%) from 2018. The latter is most concerning, as Judge is known for his power to all fields. However all 12 of Judge’s homers this year have been right-center field; none of those homers have been hit to left field. Judge has a .912 SLG to right-center field, but just a .458 SLG to the pull side That’s saying a lot for the man who hit the longest homer in 2017 (495 feet) to left field.

Oblique injuries are known to sap rotational power from baseball players. According to an article titled Epidemiology and the Impact of Abdominal Oblique Injuries in Major and Minor League Baseball, “…the internal and external obliques, help transfer forces along the kinetic chain from lower extremities to the upper extremities.” In other words, the obliques are a very important muscle in the power department. A decrease in stats from such as SLG (.528 to .455), ISO (.249 to .190), and an increase in AB/HR (15.3 to 21.1) all indicate a great decline in power for Judge. Carlos Beltran, a former Yankee who played in the Majors for twenty years, also experienced an oblique injury during his career. He had this to say about Judge’s injury: “That pain, it won’t go (away) until maybe the end of the season…that’s how obliques work. It’s a muscle you use all the time…” As a result, there is a good reason to believe that Judge still can have some lingering effects from his oblique strain.

Another possibility is that Judge has been purposely eyeballing the right-field bleachers this season. In the 500 pitches hit for opposite-field homers by right-handed batters this season, Judge hit the first and fourth most inside pitches for home runs. Also, according to the Heatmap on Fangraphs, Judge does his best hitting on low and away pitches in and out of the strike zone.

Whatever the reason for Judge’s slump, hopefully, the Yankee slugger can find his groove in the last couple of months in the regular season.

Average Exit Velocity: The Average velocity off the bat.

wRC+: Weighted Runs Created. An offensive stat where 100 is average, below 100 is below average, and above 100 is above average.

AB/HR: At Bats per Home Run

wFA/C: Fourseam Fastball Runs Above Average per 100 pitches. 0 is average. Less than 0 is below average. More than 0 is above average.

wSL/C: Slider Runs Above Average per 100 pitches. 0 is average. Less than 0 is below average. More than 0 is above average.

wCH/C: Changeup Runs Above Average per 100 pitches. 0 is average. Less than 0 is below average. More than 0 is above average.

wCU/C: Curveball Runs Above Average per 100 pitches. 0 is average. Less than 0 is below average. More than 0 is above average.

How the Yankees Should Utilize Their Starting Pitching in the Postseason
Cubs and Pirates Visit LLWS: A Kids Game