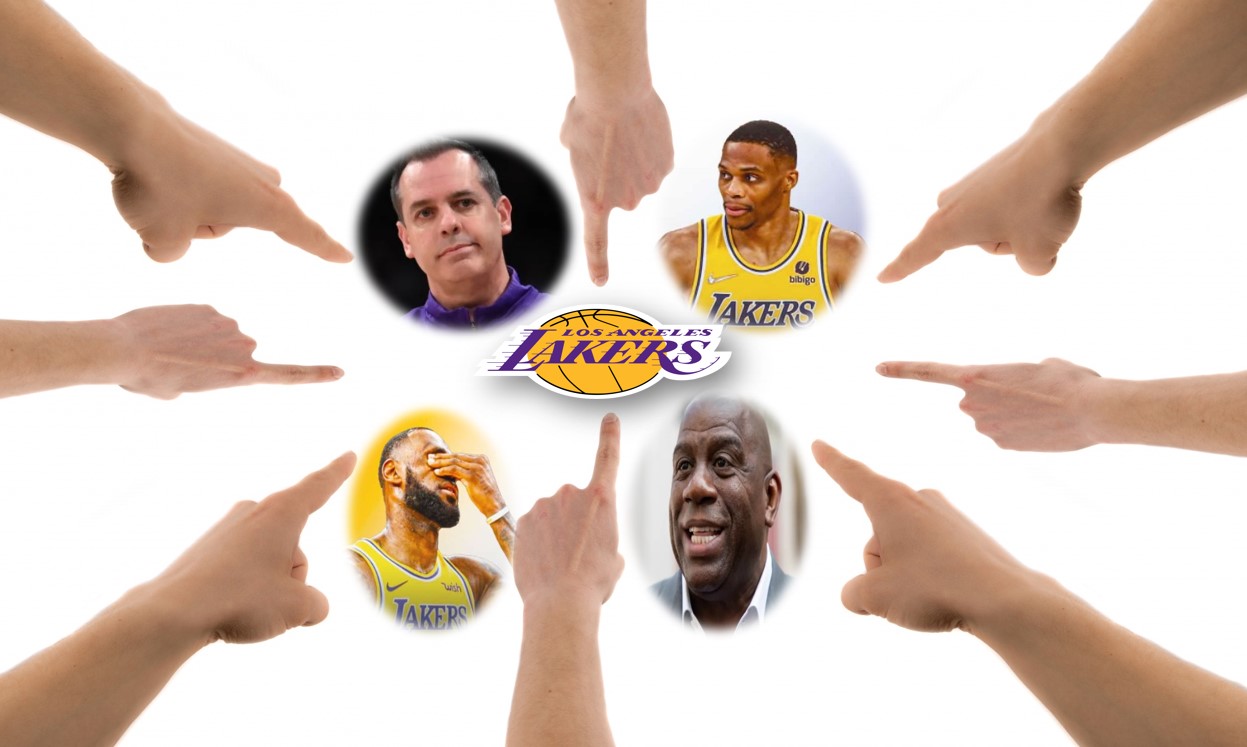 So it has come to this in Los Angeles …

Lakers fans booed their team last night for an inexplicable performance against the visiting New Orleans Pelicans, resulting in a near thirty-point loss, 123-95 … a margin maintained by the Pelicans throughout much of the third and fourth quarters.

Not the first ugly performance – certainly not likely to be the last, either.

But then you had LeBron James telling fans “like you know about basketball,” Trevor Ariza dropping the F bomb and calling a fan a ‘bitch,’ and Russell Westbrook telling fans they can just go home.

So when is enough enough? And where does the accountability come in?

Seems like that’s about as much a bygone era as Blockbuster, soda fountains, the Walkman, and tape-delayed basketball games.

I mean, the Phoenix Suns are on a skid and lost to the Utah Jazz earlier in the day, but you didn’t see Devin Booker take it out of the fans in the Footprint Center. Giannis Antetokuonmpo missed a good look at a three that would have sent the Bucks into overtime with the visiting Brooklyn Nets, but he didn’t lash out at those in attendance at Fiserv Forum.

The varying responses from the Lakers’ players last night certainly aren’t professional, nor are they leadership.

Certainly James and Westbrook have had dust-ups with fans in varying arenas before.

At least James didn’t grab his crotch this time and, to be honest, Westbrook’s suggestion of ‘go home’ is the equivalent of ‘if you don’t like the song, change the station,’ so he at least has a valid point and it wasn’t pointed or personal.

But how did the Lakers get here? 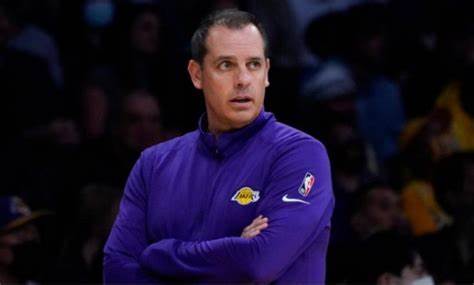 Head Coach Frank Vogel
Vogel’s worst years coaching aren’t the ones he’s spent in L.A. – they were in Orlando, where he came from before L.A., where he went 54-110 (.329) before being anointed as the Lakers’ head coach.

His ‘stars’ at that point were Aaron Gordon, Evan Fournier, Nikola Vucevic, and Terrence Ross off the bench. Collectively, Vogel couldn’t get the best of any one of those guys on any given night, yet they’ve gone on to better success with the Denver Nuggets, New York Knicks, and Chicago Bulls individually.

In L.A. thus far, he’s 121-82 (.596), but you’d expect success with a roster that has James, Westbrook, Carmelo Anthony, and Anthony Davis. And you base that on the fact that Vogel, James and Davis led the Lakers to an NBA Championship in the bubble in a playoff-shortened season in 2020.

Russell Westbrook/Carmelo Anthony
Westbrook wasn’t a part of that championship run, and neither was Anthony. 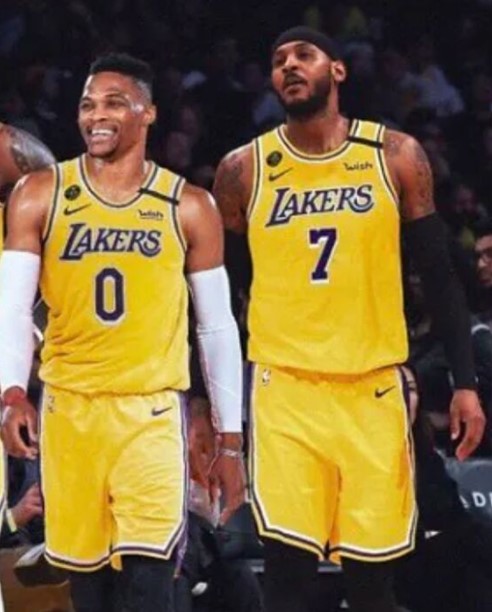 ‘Melo was a Portland Trailblazer and living his best life after being tossed aside by the Houston Rockets and never dressing as an Atlanta Hawk.

Westbrook was in Houston tussling for the ball with James Harden in what everyone knew was an ill-matched move.

James felt that Mr. Triple Double (aka Westbrook) could come in and help distribute the ball and take the defensive pressure off of him, adding to and opening up scoring. He also wanted his longtime friend and 2003 NBA Draft-mate alongside for his shooting, which he’d wholly revived and silenced all doubters in Portland.

But I said last summer that the alpha male vs. I need more touches dynamic didn’t work when Westbrook and Anthony were in Oklahoma City together, what’s changed since then? They’re not rookies … they’re grown men, solid veterans, whose game is not going to change much, if at all. 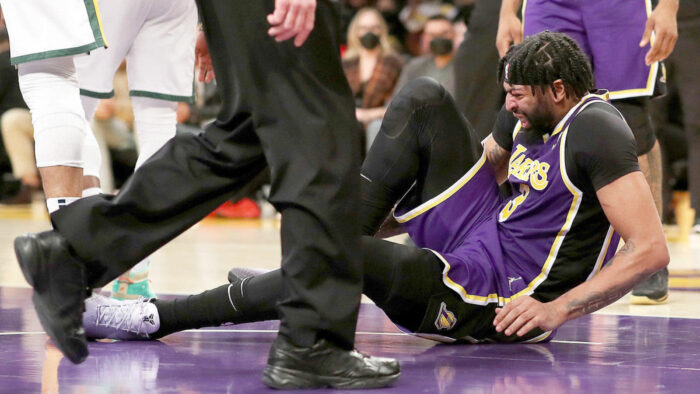 Anthony Davis
AD was the MVP of this team the first season and a half he was in L.A., outperforming James a majority of the time, and for that time period, consistently healthier than James. During that stretch I often joked that the only thing that would slow the Lakers down was when and if either of those two got fatigued and/or suffered a major injury.

Never happened during that time, and in that run, they won a title together.

Now Davis is having injury after injury, so much so that the Lakers would be better off having Bill Walton, Sam Bowie, and Greg Oden at the position – not in their prime(s), but today, at their age and health now.

But that can’t be held against Davis; his heart and hustle can, but not injury.

LeBron James
James wanted this, asked for it, and should know the old adage that ‘you knew it was a snake when you picked it up, so don’t complain about being bit.’ 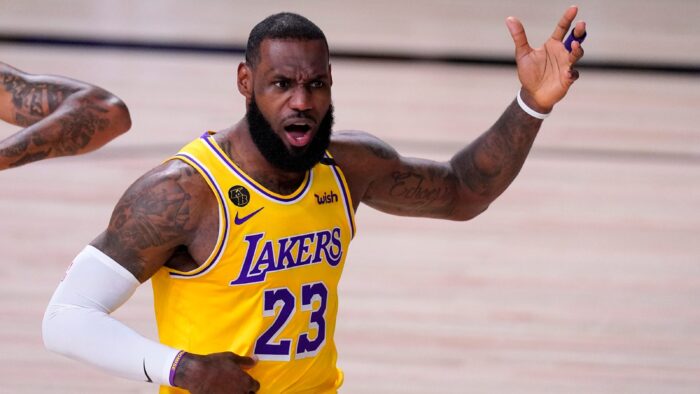 Not to infer that Anthony or Westbrook are snakes, they bring fantastic talent to the table. Alpha male is just a dynamic of a study of wolfpacks, and anyone who grew up reading or has National Geographic Channel knows that wolves hunt, work, and feast together. They work with one another’s strengths, which is something that these Lakers players – and specifically LeBron James – have never learned to do.

It can be said that Westbrook’s dynamic is what pushed Kevin Durant out of Oklahoma City. But it was that same dynamic and mindset that made Harden want to be something other than a Sixth Man in his trade to Houston.

Anthony is known for wanting a certain amount of touches per game. And – to coin a Westbrook phrase – why not? The kid can shoot and has always been able to. It’s not like he’s Darko Milicic, who shot in the 40s in his 468 game NBA career (and has a ring, by the way).

James just didn’t think this through, that with all this talent, comes the personalities and determination that got them to where they are in their careers. Doesn’t mean it’ll all come together in L.A. or anywhere else.

I mean have you ever been able to lasso lightning? Scoop up an armload of hungry piranha for the church fish fry? Nope. And this group will have individual flashes of success, mediocrity, and glaring failures … like any other group. 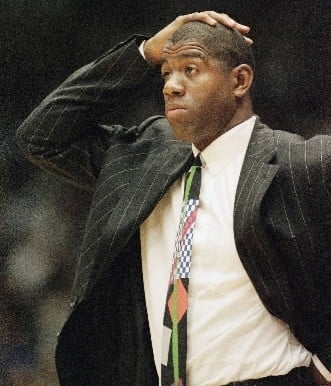 Magic Johnson
The famed Laker has been chirping from the luxury suite seats about everything that has gone wrong with the team. Yet, as former President of Basketball Operations, he has to share in some of the blame for the current roster, mindset, and character debate as constructed.

There’s the impulse to tell Magic to zip it and put his money where his mouth is and coach this band of dysfunctional talent. Does he continue to bark from his social media accounts or could he get 3-4 alpha males to work together and come out of this thing like a phoenix from the ashes?

Unfortunately, we all painfully recall Johnson’s 5-11 sting in the 1993-94 season where he couldn’t even handle players like Bowie, Vlade Divac, Elden Campbell, Doug Christie, Kurt Rambis, James Worthy, and Nick Van Exel – some of which he’d played alongside.

(For the record then-Kings head coach Rick Adelman would find the very success that Johnson couldn’t with Christie and Divac in Sacramento).

Malik Monk
Had to throw Malik in there to cleanse the palette a bit – I’ve quietly felt and said that the best thing to come out of this iteration of the Los Angeles Lakers was Malik Monk, who is putting up the best and most consistent numbers of his career in L.A., after four years in Charlotte.

Jeannie Buss
Ms. Buss’ faux pas has been listening to too many people and bleeding Laker purple and gold. Another possible misstep was not bringing her old boyfriend back into the fold, but to his credit, he was battling prostate cancer. Certainly didn’t need any more pains in the ass in trying to handle the likes of James, Westbrook, Anthony, and Davis.

But the onus lies on her, as President of the Los Angeles Lakers, right in the middle of the basketballs. 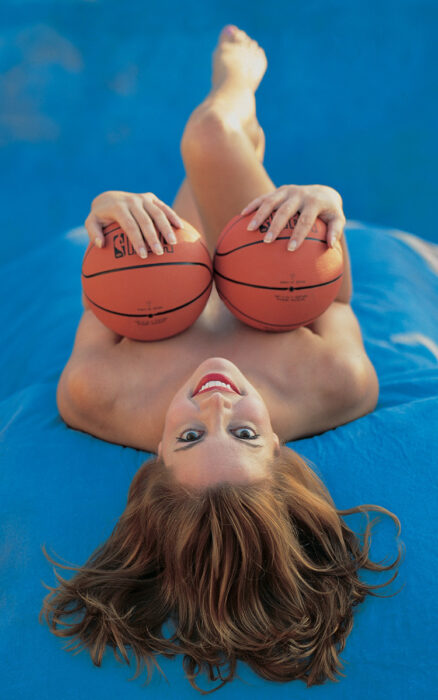 She needs to get better basketball minds around her – or hand off the organization to someone capable.

At this point, since she’ll never convince San Antonio head coach Gregg Popovich to come assuage thi collection of characters, it’s time to trade or two of them.

What? Her dad traded the immensely popular Shaquille O’Neal back in 2004. Put the onus on Kobe Bryant, who all but asked for a trade in 2006 after being bounced by the Phoenix Suns.

He asked for help that summer, but never asked to put a Banana Boat Crew Superteam together. He created it. And that’s what LeBron James needs to do.

Make those around him better like he did in his second stint with the Cavaliers, not drive the bandwagon, or go jump on it like he wants to do now that J.B. Bickerstaff has built success in Cleveland.

And certainly not by chirping at fans because they pay big money for an entertainment experience they’re not getting.

Dr. Jerry Buss must be rolling in his grave.