Is Brandon Ingram a Max Player? 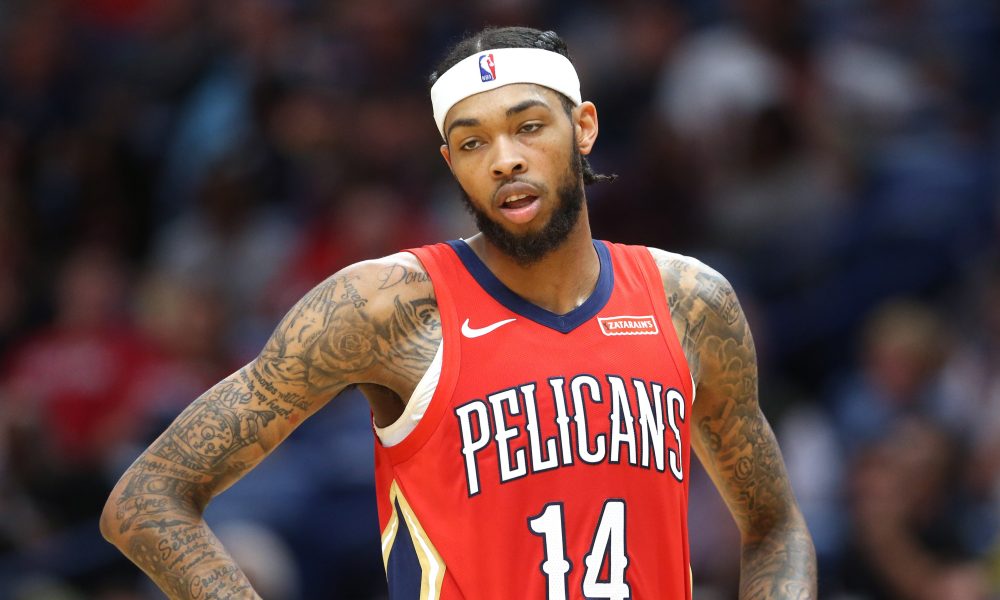 Brandon Ingram is slowly becoming the All-Star player the Los Angeles Lakers expected when he was drafted second overall in the 2016 NBA draft. The Pelicans acquired him in July as part of a blockbuster deal that sent Anthony Davis to the Lakers, the North Carolina native was the Pelicans’ go-to player prior to the cancellation of the season due to COVID-19.

Ingram had this to say an interview with ESPN’s Andrew Lopez about seeing Buddy Hield, Ben Simmons, and Jaylen Brown other members of the 2016 NBA draft class receive lucrative long-term extensions this summer;

“When I look at other guys, I’m like, ‘This motherf–ker got an extension? Oh my god. Man, we can lace up right now and play one-on-one to 15 and this motherf–ker won’t score.’ That’s how I looked at it as a competitor.”

The 22-year-old first time All-Star ranks in the 88th percentile in points per shot attempt per Cleaning the Glass, posting a rate of 121.8 points per 100 attempts.

Ingram is shooting 86.2% from the line this season, while 14.6% of his field goal attempts create fouls, which ranks in the 89th percentile per Cleaning the Glass.

He is also attempting 6.1 free throws per contest, which is ranking 18th in the league, while making 5.3 of those looks, ranking 14th in the conference.

Ingram is only 22 years old and has barely scratched the surface of his potential. With that being said the Pelicans should pay him. If the above stats are not enough for the Pelicans to sign Ingram to a max contract, then here are a few teams that could have the cap space to bring Ingram in.

The Atlanta Hawks large amount of cap space and a young roster could create an option for Brandon Ingram this summer. The Hawks are among one of the league’s teams with the most spending money this summer and could offer Ingram that lucrative contract he desires. Ingram alongside Trae Young, Clint Capela, and John Collins will be a great way to start something new.

A Big Three of Young, Capela, and Ingram would have the potential to make some noise in the Eastern Conference, with two All-Stars and a lethal center to lead the way.

If Ingram wants a maximum contract and to be the face of a franchise, there genuinely is no better option than playing for the New York Knicks in Madison Square Garden on what is considered the biggest stage in basketball.

Ingram and Barrett could form an electrifying one-two punch that, if surrounded by the right pieces, could develop into something auspicious in years to come. Given the Knicks’ free agency struggles in recent years, signing Ingram the All-Star would be a significant deal for a team that has been subpar for several years.

Pairing Ingram up with Barrett does not make the Knicks instant title contenders by any means, but with addition of new head coach Tom Thibodeau the sky’s the limit.

If the Miami HEAT wants to really be in the race to sign Ingram, they cannot offer any players big contracts of $15M or more. We’ll likely see the HEAT keep a few players at discounted prices as they already have young, emerging players taking up minutes at similar positions/roles.

As far as team fit, Ingram is an intriguing target for the HEAT. With Kendrick Nunn, Tyler Herro, and Duncan Robinson becoming key players for the HEAT rotation. Also, with Jimmy Butler, there really aren’t many minutes left at the wing positions.

Adding Ingram positions him as a PF in most lineups they would be throwing out there. Although Bam Adebayo is listed as a C, he has played the majority of his minutes at PF. With that being said, a lineup of Nunn-Hero (or Robinson)-Butler-Ingram-Adebayo would be a serious team to go up against.