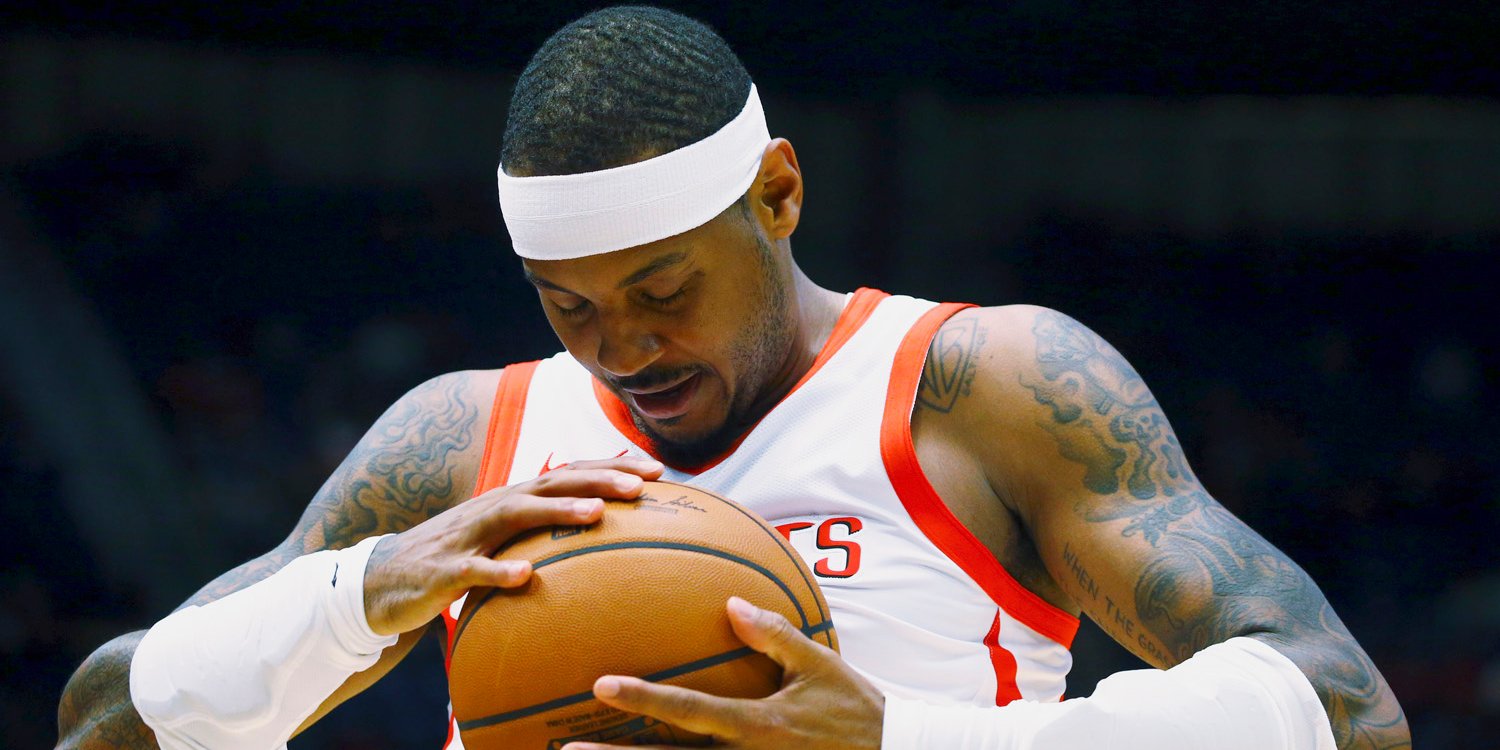 With Carmelo Anthony officially waived by the Houston Rockets, his career is in trouble. For a 34-year-old that has won gold medals, made multiple all-star appearances, and achieved a scoring title, teams don’t seem to need his assistance.

For now, Anthony will remain on the Rockets roster, but will not rejoin the team, sources said. Anthony’s wisest course of action could be exercising patience and allowing changes in league rosters – through trades, injuries, team needs — to create more playing options for him. https://t.co/L5aC5Ueah0

According to Wojnarowski, his best option is to be patient. Most teams always have injuries in which they may lose a player for the rest of the season. But would any of the 29 teams take a chance on an iso player? In 10 games with the Rockets, he averaged 13.4 points, 5.4 rebounds and 0.7 blocks. Anthony shot 40 percent and continues to get worst. Every time he’s on the court, the team’s defense suffers. Nobody can hide him and yet he also doesn’t put in any effort.

The game changed so much for Anthony that he can’t seem to adjust. It’s all about three point shots, spacing and taking high percentage shots at the rim. Anthony really does well one aspect of the game that is neglected: mid-range shots. Remember those tough mid range shots that the all-time greats use to take. Well, there really isn’t that many mid-range shots in today’s game. For a 24-point scorer that has found ways in contributing to the team on offense, it’s difficult for him to change. This isn’t even about trying to get the most money, it’s about winning a championship.

Carmelo Anthony made $245.9M in his NBA career through today. What each team paid + days he was on their roster.

The man has made $245.9 million in his NBA career. Teams don’t mind paying him the veteran mininum. However, it also depends on what he wants. The Miami Heat and Los Angeles Lakers will probably give him an offer to be a bench player on the team. Maybe the New York Knicks will call him and ask for a mentor role. But due to Anthony’s ego, he still believes that he is a starter.

Melo inside probably knows that the end is near. He already has a Hall of Fame career and playing for other teams could hurt his legacy. Time will tell if he retires or not. But players like Nene, LeBron James and Dwyane Wade believe he can still play in this league.

Why You Should Be Taking The Milwaukee Bucks Seriously
Hoops for Troops: Orlando Magic and Players Aaron Gordon and Jarell Martin Honor Members of the Military