Is Isaac Okoro the Answer?

The Cleveland Cavaliers may have just lost to a depleted Golden State Warriors roster, but they’ve had a fine first half to their season overall. One problem that’s been plaguing them ever since the start of the season is the lack of a true small forward.

Cleveland has tested multiple players at the spot this season, and everyone has had problems. Caris LeVert is inconsistent and operates best with the ball in his hands, something he doesn’t get when playing alongside Donovan Mitchell and Darius Garland.

Lamar Stevens has good energy and effort but just doesn’t really have the talent to be a starter on a championship team. Dean Wade has potential but has been injured far too often. Then there’s Isaac Okoro, the Cavaliers fifth overall pick in the 2020 NBA Draft. While he started the season slow, he’s had quite the solid run as of late. Could he be the answer to the Cavs’ problems? Every team in the NBA wants a 3-and-D wing on their team. Preferably as many as possible. Especially when they are like the Cavs, who already have two guys that are excellent playmakers and two bigs that aren’t jump shooters. Finding a starting caliber 3-and-D wing would be a dream, but those certainly don’t grow on trees.

They had a chance at one when they drafted Okoro, but that hasn’t worked out quite yet. Okoro was drafted as an athletic wing stopper that still needed to develop an offensive bag, especially his shot. Two and a half years later, that’s still pretty much where he is. While Okoro brings the D, he might actually be one of the worst offensive players in the NBA. At the beginning of the year, he was playing the least minutes of his career, and it didn’t look like he had improved at all since being drafted.

Recently, Okoro has been playing well. Not including the last game against the Warriors, in his last ten he’s shooting 60% from three, albeit on just 2.5 attempts per game. Still, that’s a far cry from his dreadful play in October and November. In fact, since getting inserted into the starting lineup and a more permanent basis on January 4th, he’s averaging 9.4 points per game on 58.7% from the field. Considering he’s a far, far fifth option among just the starters, that’s great. Shoot well enough to be taken seriously, and play good defense. He’s providing exactly what they need.

Does this mean the Cavaliers are set with Okoro at the SF position? Maybe not. While Okoro is playing some of the best basketball of his young career, it’s not like he hasn’t had similar stretches before. Last year he had strong months as well, stretches of 10 or so games where again, he looked the part.

Unfortunately, every time so far it comes crashing back down to Okoro being a burden on offense. Okoro’s downturn may have already reared its ugly head, as Okoro went 2-5 (0-2 from three) against the Warriors and was a team worst -18.

Burning a guy for one game is worse than thinking he’s become great after a 10-game stretch, but considering the Okoro that just played against the Warriors is pretty much the same guy he’s always been, it’s hard to give him the benefit of the doubt. Okoro seems to be an extremely confidence based player. When he’s playing well it feeds into itself and we can see good Okoro. Unfortunately, the reverse is also true, when he gets down on himself he can’t really dig himself out. Right now there’s way more of down Okoro than confident Okoro. 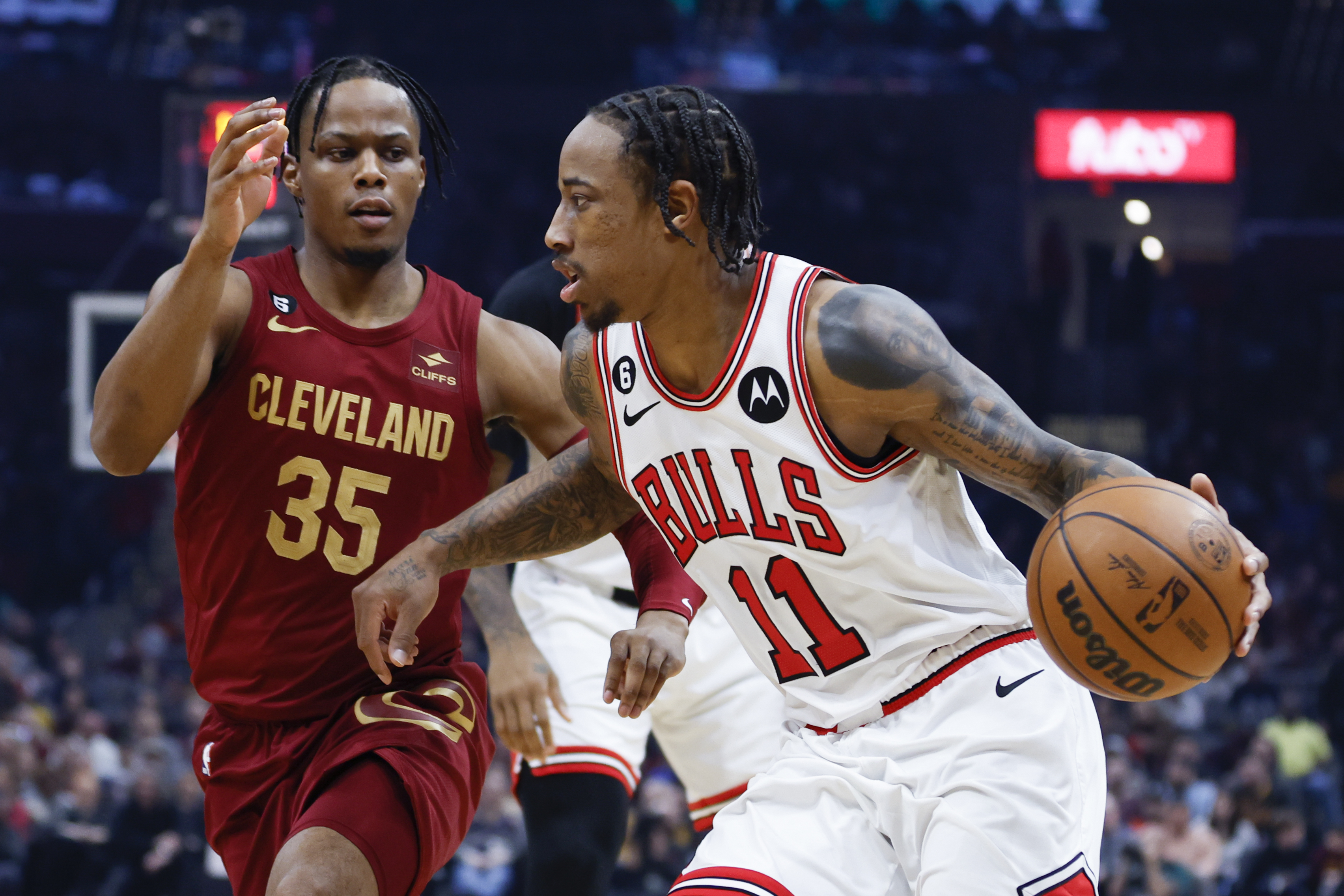 Even if Okoro continues to play at a similar level in January, it still might be best to move on from him. A similar situation is unfolding with the Philadelphia 76ers and Matisse Thybulle, another defensive specialist with no offense to speak of.

Last year, Thybulle was part of one of the best regular season lineups in the league. As soon as the playoffs came around and opposing teams figured out a game plan for him however, Thybulle couldn’t really justify his time on the court.

Opponents would leave him completely wide open, forcing the 76ers to play four versus five on offense. They also forced Thybulle to switch off whatever dangerous offensive threat he was in to check on the other end. While Thybulle is worse than Okoro on offense, he is also better on defense. Perhaps Okoro’s modicum of shooting ability more than Thybulle will be enough to prevent that, but it doesn’t seem terribly likely.

Okoro is still young (he turns 22 on January 26th) but time is running out on this Cavs team. Their window is wide open for a championship in the coming years, perhaps much earlier than they thought when they first drafted Okoro. It’s been two and a half years, and there still really isn’t much improvement from Okoro yet.

It’s been hard for him to get the opportunities he needs to make an impact on this team. If 2023 Okoro is what he is now, great, the Cavs found their guy. Unfortunately, there’s not enough leverage to back up this claim, and this could all be a fluke.

Even if it’s not, will the Cavs be able to trust him during the playoffs? Or is it better to flip him now while he still has value? How many times do we have to hear the phrase “this player will be great if he can develop a shot?” For every Kawhi Leonard, there are dozens of Michael Kidd-Gilchrists or Michael Carter-Williams. The jury isn’t out on Okoro yet, but that’s exactly why he still has value. It might be time to cash out.