Is Jalen Hurts the Long-Term Answer at QB? 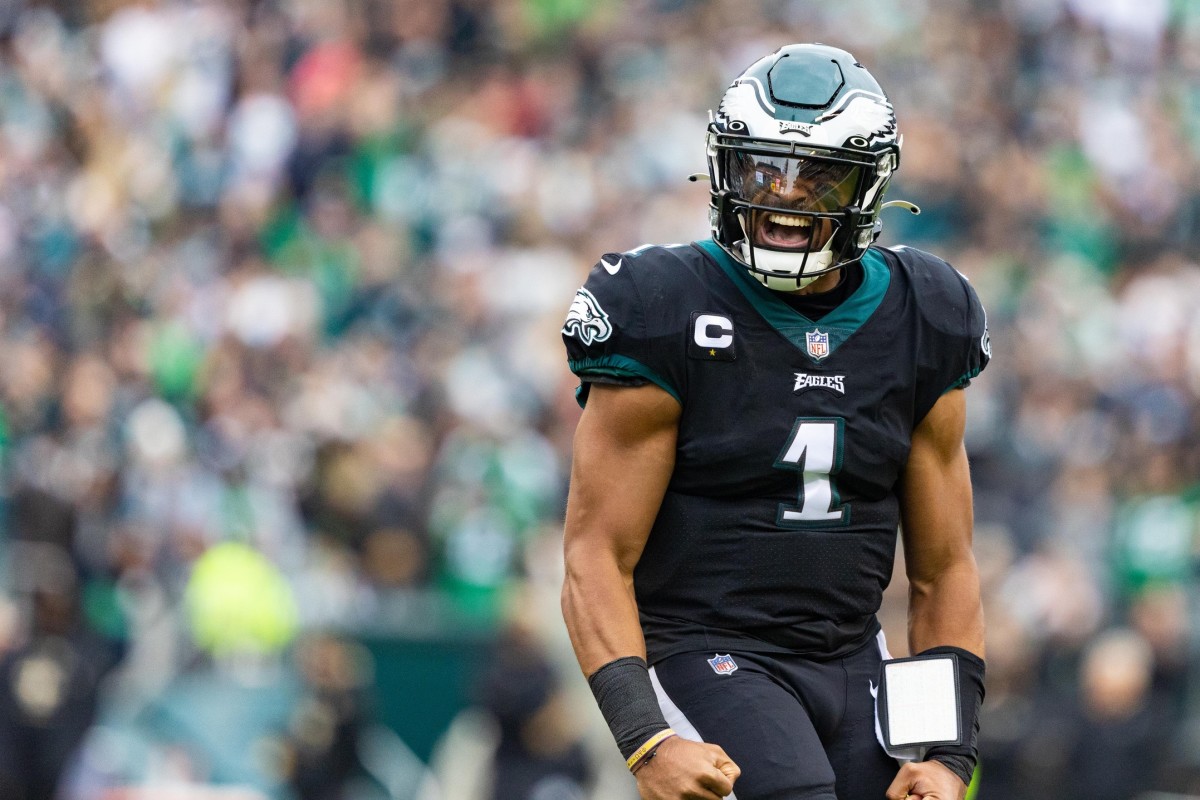 The Philadelphia Eagles went out this offseason and improved their roster drastically. The depth and talent they have retained and acquired make their roster up there with the best in the league.

However, can they go to a 9-8 season with a first-round playoff exit to possibly Super Bowl contenders in one year? QB Jalen Hurts is the biggest factor in the team’s success moving forward.

This season is potentially a “prove-it” year for the third-year veteran. In Hurts’ 19 starts behind center, he has a record of 9-10 with one playoff loss also. The dual-threat quarterback has thrown for 4,205 yards with 22 touchdowns and 13 interceptions. On the ground, he has rushed for 1,138 yards and 13 touchdowns.

The 2023 NFL Draft will be loaded with QB talent. Some names that are already being talked about as NFL starter talent are C.J. Stroud (Ohio State), Bryce Young (Alabama), and Will Levis (Kentucky). If the Eagles’ season does not pan out how they would like, they can move on from Hurts and look for another franchise guy. That is what makes the weight on Jalen’s shoulders even heavier this season.

Hurts’ time in Philadelphia has not been settling, to say the least. Fans were shocked when Hurts was picked in the second round of the 2020 NFL Draft while Carson Wentz was their star quarterback. That move created tons of controversy and QB battle throughout the season. Ultimately, Hurts took over as the starter and posted a 1-3 record in the 2020 season. He showed flashes in his limited time that he can lead and put them in a better position to win than Wentz.

After ultimately moving on from Carson Wentz, the Eagles gave the reins to Hurts. The 2021 season started rough for Philadelphia going 2-5 in the first 7 games. Although they managed to create a late-season push going on a four-game win streak and making the playoffs with a 9-8 record. In their lone playoff game against defending Super Bowl champions, Tampa Bay Buccaneers they were defeated 31-15.

In his first playoff game Hurts recorded 258 yards with 1 touchdown and 2 interceptions. He also contributed on the ground with 39 yards and a touchdown. In Hurts’ first season as a full-time starter, he had his ups and downs. Although he led the team a lot farther than most fans projected which was positive for Hurts’ case.

Look for Hurts to make a serious jump this season. He knows that how he performs this season will tell how his future in the NFL goes. There are fans on both sides, “Hurts is the answer for the Eagles at QB” and “there is no way he can lead this team”. Philadelphia fans can either make an athlete fold under all the pressure given or they can go out and use the harsh criticism to become the best they can be. Hurts has all the intangibles to be a starting quarterback long-term for the Philadelphia Eagles.

The front office went out this offseason and did their absolute best to surround Hurts with talent. Close friend A.J. Brown is now his number one option at the receiver position which should improve in the passing game immediately. He also needs to improve his accuracy and decision-making this season. As stated before, there are times Hurts looks comfortable like a 10-year veteran QB but then there are times he is frazzled and forgets his mechanics. This is the most important factor this season if Hurts wants to remain the Eagles’ starting quarterback.

On the ground, he has to do much of the same, know when to take off and run. However, he has to do a better job protecting the ball. Hurts has fumbled 18 times in only 2 seasons. If he has put in the work to drastically improve his weaknesses this offseason, Hurts could potentially be in the MVP conversation.

How will this season go for Jalen Hurts and the Eagles? Only time will tell as the NFL season gets closer and closer.

Brown & Smith Will Be Among NFL’s Best Receiver Duos
Who Will Be the Top Receiver For the Broncos?