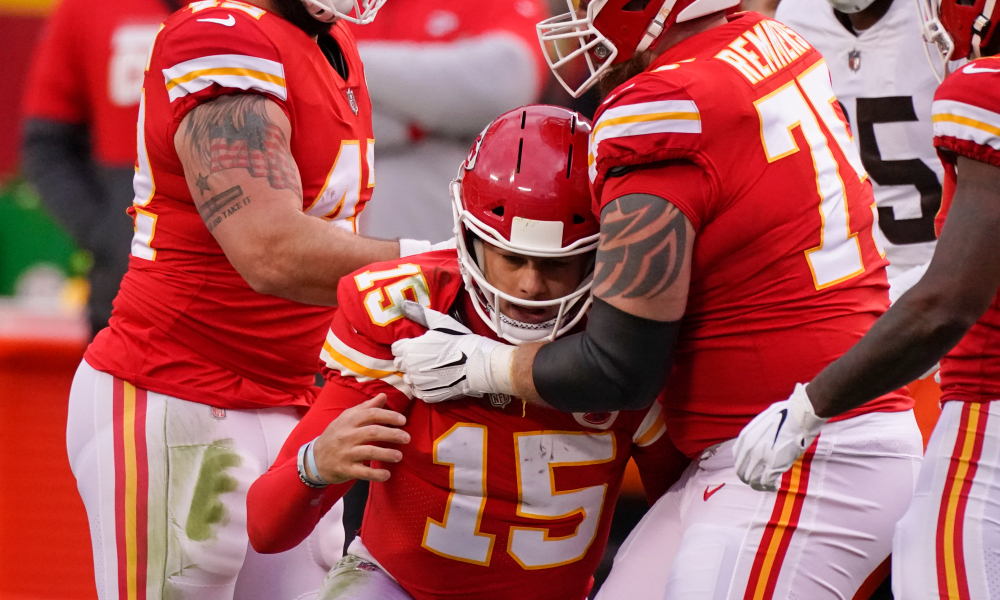 Patrick Mahomes, possibly the best quarterback in the league, is having trouble at the worst possible time. Not with his ability per se. In essentially three quarters of work against the Browns he was his normal brilliant self. 70% completion percentage, 255 yards and two total touchdowns. Mahomes then took a hard hit from Browns defender Mack Wilson forcing him out of the game with 7:50 left to go in the third. As they say, the best ability is availability, and Mahomes is at risk of missing the AFC Championship Game.

Mahomes was wobbly after the hit and was ruled out with what was thought to be a concussion. A concussion would give him a very low chance to appear this week in the AFC championship game, but some interesting details have come to light. First off, Mahomes was somewhat close to coming back into the game anyways. He nearly passed at least one part of the concussion test. He only got a single question wrong out of many in said test. I’m not saying he should’ve been allowed to play. Taking any potential concussion as serious as possible and making every possible precaution is the right call every time. However it implies the injury wasn’t incredibly severe.

More significantly, it was reported that his injury wasn’t actually a head injury. His neck had a tweaked nerve which led to the physical unsteadiness. A day after the game he passed all his tests. Nerve damage obviously sounds terrible, but a small tweak might allow him to have a quick turnaround. This means there is a large possibility that he didn’t actually get concussed and will fly through the return to play protocol.

How Close is Mahomes?

Mahomes has now practiced two days in a row, and practiced Thursday with a helmet on. This is another big step in Mahomes returning to the field, and he’s getting through the five step process quickly. Given that he was on the field with a helmet and took the majority of the starter snaps Thursday, he seems to be at step four already: Club-Based Non-Contact Training Drills. Also, even as a smokescreen would Andy Reid risk having Mahomes take the most of the starter snaps if there was a real chance he wouldn’t play? Mahomes still needs to hit step five of the protocol, full practice participation and then clearance by the Chiefs assigned Independent Neurological Consultant. But if Ian Rapoport’s report on Wednesday is true that Mahomes already doesn’t have symptoms, I think it’s more likely than not that Mahomes suits up against the Buffalo Bills.

Nick Sirianni: Who is the Eagles New Head Coach?
Will Hobbs on AEW’s Unrestricted Podcast