Is Robert Salah going to be the next Head Coach for Gang Green? 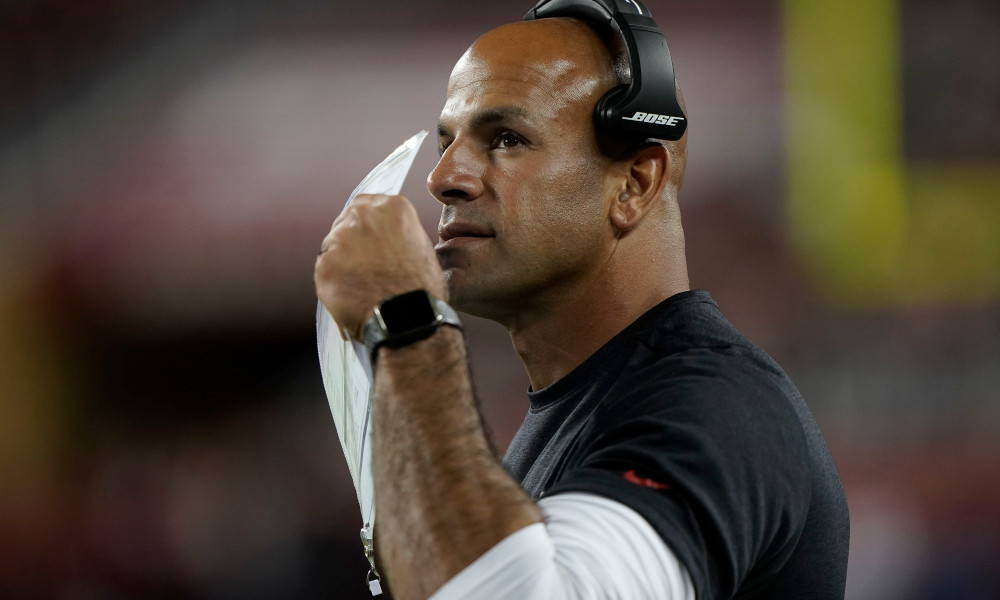 The New York Jets have begun their head coaching search interviewing over nine candidates. One of them being 49ers defensive coordinator, Robert Salah. Salah interviewed with the team on Friday virtually. Now, he will be meeting with the team at Florham Park on Tuesday for a second interview. He has been named the first finalist for the position. Christopher Johnson and Joe Douglas have been leading the searching, as they are looking for a CEO type leader.

They want a guy who coaches the entire team, instead of just focusing on one aspect of football. Therefore, Salah seems to fit those qualifications. Since he has interest by other teams such as the Falcons, Lions, Eagles, Jaguars and Chargers. He is a top candidate for the Detroit Lions for their head coaching position. Salah, 41, has been the 49ers defensive coordinator for the last four seasons. What has made Salah stick out is his passion to detail and making adjustments during games.

In 2020, there was so many significant amount of injuries and changes to Salah’s defense. 2019 defensive rookie of year, Nick Bosa, tore his ACL week two against the New York Jets. Pro bowl defensive tackle, DeFrost Buckner got traded to the Indianapolis Colts. Lastly, they lost linebacker Dee Ford in free agency. Despite all of that, Salah still managed to have a top five defense in football. The 49ers finished 4th in best pass defense, 5th in total defense and 7th in run defense along with 20 takeaways. Working under accomplished coaches around the NFL such as Pete Carroll, Gary Kubiak and Gus Bradley along with now Kyle Shanahan. His experience has never been in question. His intensity and passion for the game will change the competitive culture in Gotham City.

The Jets have had coaches in Todd Bowles and Adam Gase, who have very conservative personalities. Robert Salah isn’t afraid to hold individuals or himself accountability during adversity. He isn’t afraid to show his emotional on the sidelines either. Head coach of the 49ers Kyle Shanahan, has given high praise towards Salah throughout the years. Stating that he would be an excellent head coach and won’t be surprised if he gets hired this offseason. According to sources, due to his high demand. The Jets are willing to be aggressive to get a deal done if the second interview goes well. They will still bring in other finalists for the position according to Adam Schefter.