Is There a New Number one Team in L.A? 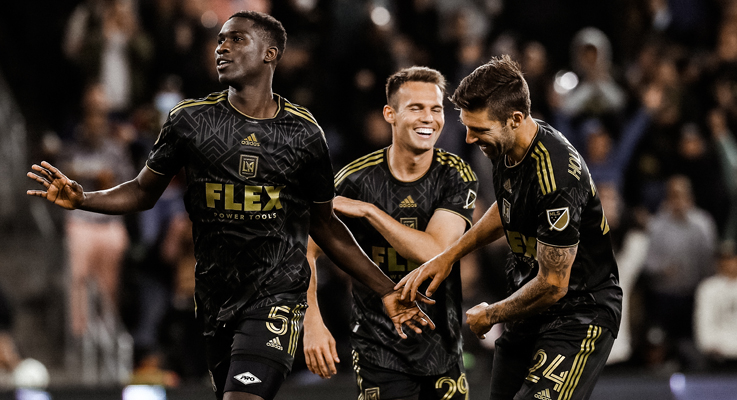 Is there a new number one team in L.A? L.A Galaxy have been the city’s only MLS team and are titled as the most decorated team with five MLS Cups, four supporting shields, two U.S Open Cups, eight Western Conference Champions and one CONCACAF Champions League title. However, the city became divided with the MLS added expansion team LAFC, 20 minutes north the CA-91 highway.

LAFC and L.A Galaxy formed a rivalry called “El Trafico” (translation: The Traffic), a name created because of the CA-91 traffic from one stadium to the other. Right now, the Galaxy lead the El Trafico series with a 7-5-5 record. However, LAFC completed more successful seasons of late, with fans arguing that they are the number one team in L.A.

Ever since LAFC joined the league in 2018, they have finished above the Galaxy every year except in 2021. Both teams failed to qualify for the playoffs that year with Galaxy finishing in 8th and LAFC finishing in 9th. LAFC also won the supporters shield twice in four seasons while Galaxy qualified for the playoffs twice in that span.

The 2022 MLS Playoffs brings another meeting of the L.A teams during the Western Conference semifinals. Last time these two faced in the semifinals was in 2019 and LAFC won in an epic 5-3 victory. This time the Galaxy will look for revenge as they traveled north for a showdown for the ages.

LAFC were the favorite to win as they got on the board first. Not long after did the Galaxy tie the game right before the half. It was a deadlock until the 80th minute with LAFC taking the lead… but shortly after Galaxy leveled it again. At the end LAFC scored at the death to give them a 3-2 win and advance to the Western Conference Finals.

It was an equal game by both teams, however LAFC’s squad depth shows how dangerous of a team they are and why they are the number one team in L.A. With this win, LAFC have shown their dominance over their rivals in games that matter. LAFC are owned by several celebrities, entrepreneurs and former athletes that invested tons of money to create a strong squad.

Carlos Vela was one of LAFC’s first signings and has been a club legend ever since. They also have stars like Colombian international Chicho Arango, Jose Cifuentes, Diego Palacios, former USMNT member Kellyn Acosta and Ilie Sanchez. They also have huge depth on their bench with Kwadwo Opoku scoring seven goals as a bench player. LAFC also made headlines when they signed Serie A star Giorgio Chiellini and five-time Champions League winner Gareth Bale.

For the Galaxy, there was a time in their history that they were the ones signing the big stars. In 2007 they brought on Manchester United legend David Beckham, one of the biggest European players to join an MLS team at the time. Along with Beckham, they also had USMNT legend Landon Donavon, Omar Gonzalez, and a few years later brought on Irish International Robbie Keene. Since this era, the Galaxy haven’t been able to duplicate the success they once had. Thus ending the era of dominance for the Galaxy in the MLS.

Does this mean that LAFC is the number one team in L.A?

At the moment, LAFC have been the more successful organization as their journey for their first MLS Cup continues. The Galaxy have fallen in dominance, despite signing superstars like Chicharito and Riqui Puig. None the less the rivalry between these two teams will be on to always watch. This stretch of poor seasons should not take away from the success the Galaxy has had, being one of the oldest and most successful clubs in the MLS.