Isaiah Hartenstein: One of the League’s Most Underrated Signings 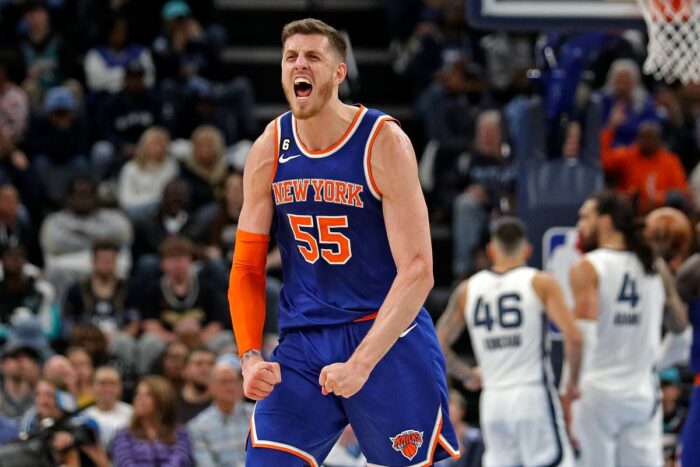 New York Knicks backup center Isaiah Hartenstein is proving why he is one of the most underrated signings from the offseason. Brought in on a team friendly two-year, $16M deal, he has stepped up in more ways than one.

Hartenstein has played substantial minutes against multiple contending teams such as the Cleveland Cavaliers and Milwaukee Bucks. Most notably, he played 40 minutes against the Memphis Grizzlies. This is due to starting center Mitchell Robinson having multiple games of foul trouble this season. Although Robinson has yet to foul out, he’s had five fouls in three of the six games this season. Fortunately, Hartenstein has been able to step up and play significant minutes.

At a small sample size of six games, Hartenstein is having a great season so far, averaging 9.2 points, 8.2 rebounds, and a steal per game. These are all career highs for the young center. If he continues to ball out, then his contributions will greatly help the Knicks get back into the playoffs in a very tough Eastern Conference.

Last season, the team would rely on aging veteran Taj Gibson to back up Robinson, who is far from the player he once was on both sides of the ball. Additionally, there’s an increase in overall size. Gibson is 6’9 while Hartenstein is 7 feet tall. This brings added size to the backup position, which is what the Knicks desperately need.

Underrated Steal of the Offseason?

At just $8 million a year, Hartenstein is taking advantage of his opportunity in New York and handling the pressure with ease. He has also become a Knicks fan favorite. On the court, he and Mitchell Robinson is one of the better defensive center duos in the league on the defensive end, as they are both averaging at least a block a game.

As long as he can keep playing at this level, he will not only be one of the best signings for the Knicks, but also one of the more under the radar signings in the league.

Grading The NFL Trade Deadline
The Nets Are In Trouble