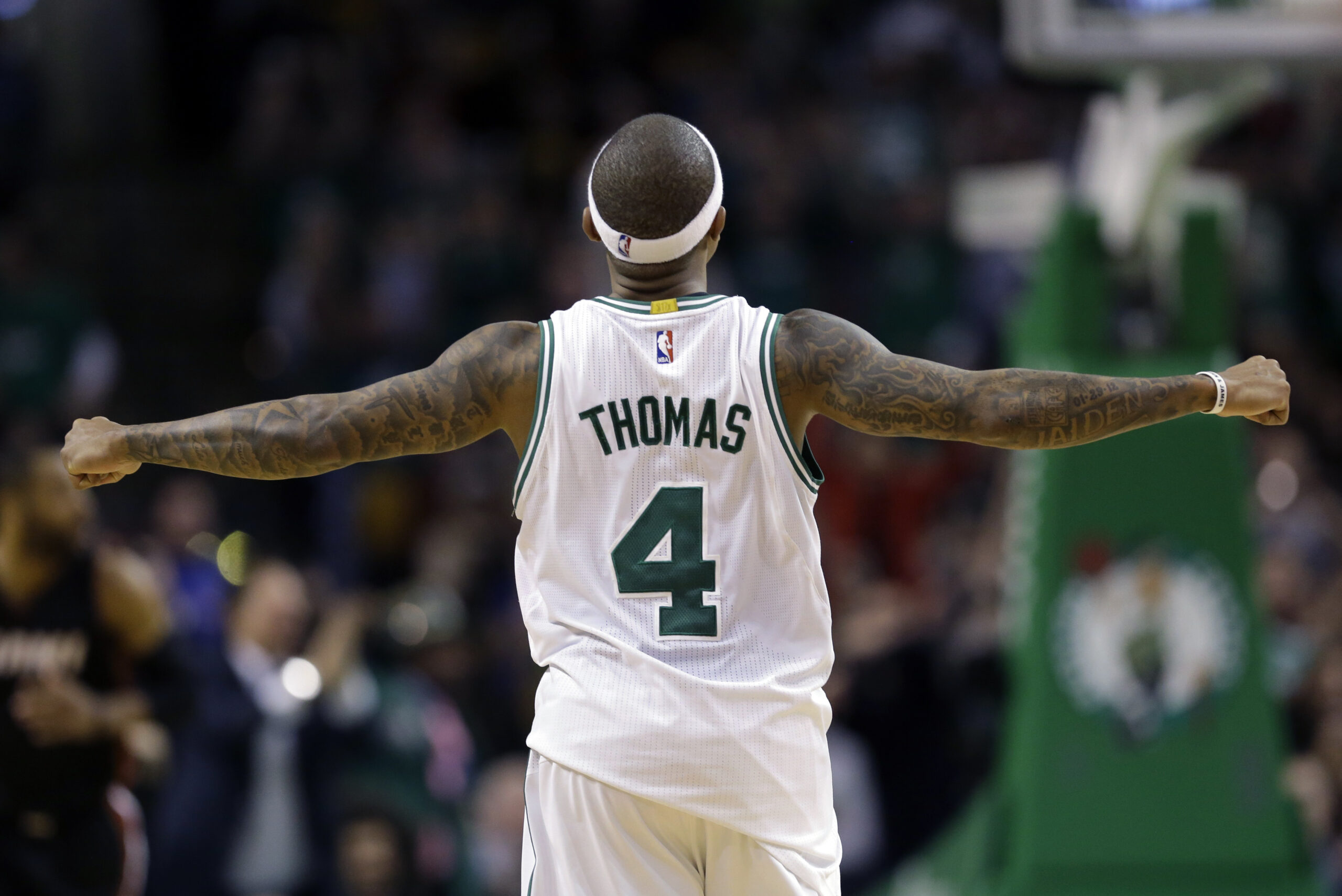 Former All-NBA selection and two-time All-Star Isaiah Thomas is finally back on the hardwood after a near 14 months of absence. He posted 10 points, two assists, and two rebounds in his debut last night with the New Orleans Pelicans,

In light of multiple injuries at the guard position, the Pelicans signed Thomas to a 10-day contract. While most will view this signing as nothing more than a simple depth addition, there is a much bigger story to be told about the legacy of the 5’9 phenom.

In 2011, the Sacramento Kings took a chance on the 22-year-old from Washington with the 60th overall pick in the draft. The undersized guard did garner much media attention and was deemed too small to be successful in the league, but this narrative was quickly shut down.

“I will never forget the first time I interviewed Isiah Thomas,” said Bill Ingram, Executive Editor for BackSportsPage.com. “No one was the least bit interested in talking to him. I asked Sacramento Kings PR Director Darrin May who had the best story no one was talking about and he pointed to Thomas. I sat down and chatted with him, and what I found was a passionate, driven, determined young man who told me in no uncertain terms that he was going to be a force in the NBA. He was absolutely right.”

Thomas had a fantastic rookie season averaging 12 points and four assists while also being named to the 2011 All-Rookie team. By his third year in Sacramento, he was averaging 20 points on the best efficiency of his career.

The following season he was traded to the Phoenix Suns where he played well, but only for a little over half of the season. He would end the year being traded to the Boston Celtics, a move that would take his career to new heights.

In his first full year as a member of the Celtics, Thomas shined, putting up 22.2 PPG and 6.2 AST. He was named to his first All-Star team, joining only Calvin Murphy of the Houston Rockets as the two shortest players ever to be selected to an All-Star game.

The following year, Thomas was even more exceptional. He put up an astounding 28.9 PPG along with 5.9 AST on career high efficiency from both the field and three-point range and led Boston to the top seed in the Eastern Conference at 53-29.

He was also named to the All-NBA second team and received his second career All-Star selection, making him the only player in NBA history under 6’0 to play in multiple All-Star games. As fantastic as he was in the regular season, his playoff performance was one for the ages.

After leading his team to a convincing 4-2 series win against the Chicago Bulls in the first round of the playoffs, Thomas was hit with tragedy. After losing the first game of the second round to the Washington Wizards, he received the news his younger sister Chyna was killed in a car crash.

The scene prior to game two was heartbreaking, as the face of the Celtics was in shambles just hours before the matchup. Thomas ultimately decided to play in the game that night in honor of his sister, and delivered one of the greatest playoff performances of all time in NBA history.

He posted 53 points, 29 of those in the 4th quarter and overtime, on 54% from the field along with four assists, three steals, and a clutch and-1 late in the matchup to seal the victory. Thomas received a standing ovation and won the hearts of every Celtics fan in the city.

Boston would end up winning the series in seven games, with Thomas putting up 29 points and 12 assists in the final matchup to advance to the Eastern Conference Finals. He averaged 27 PPG, 7 AST and a steal per game for the series on 45% from the field and 46% from beyond the arc.

Unfortunately for the Celtics, Thomas was injured early in game two and would be ruled out for the remainder of the series. They would go on to lose 4-1 in the ECF to LeBron James.

Regardless of everything, what Isaiah Thomas did in Boston was unprecedented. No player in the history of the league has ever dominated the way Thomas did at such a short height, and for that reason his legacy and importance to the league can never be undermined.

After the season concluded, General Manager of the Celtics, Danny Ainge, made one of the most questionable trades in recent NBA history, sending Isaiah Thomas to the Cleveland Cavaliers in exchange for Kyrie Irving.

There was no questioning Kyrie’s talent and potential at the time, but to trade Thomas in light of what had just happened and all he had done for the city of Boston, the trade had many challenging the authority and qualifications of Ainge.

Irving, although effective when he played, essentially ended up being the equivalent of a two-year rental who in the end created more problems than benefits for the franchise. Trading Isaiah Thomas may arguably have been Ainge’s worst move to date as a general manager.

Since the trade, Thomas has struggled to find a new home in the NBA playing in Cleveland, Los Angeles, Denver and Washington. Now, however, with a new opportunity present in New Orleans, Thomas may be well on his way back to thriving in the NBA and inspiring fans across the world.

“Heart over Height,” remains one of the biggest cliches in sports today, but if there is anything to draw from the career of Isaiah Thomas, having heart may be all that one really needs to be great.