It is Time for Pete Carroll to Leave Seattle 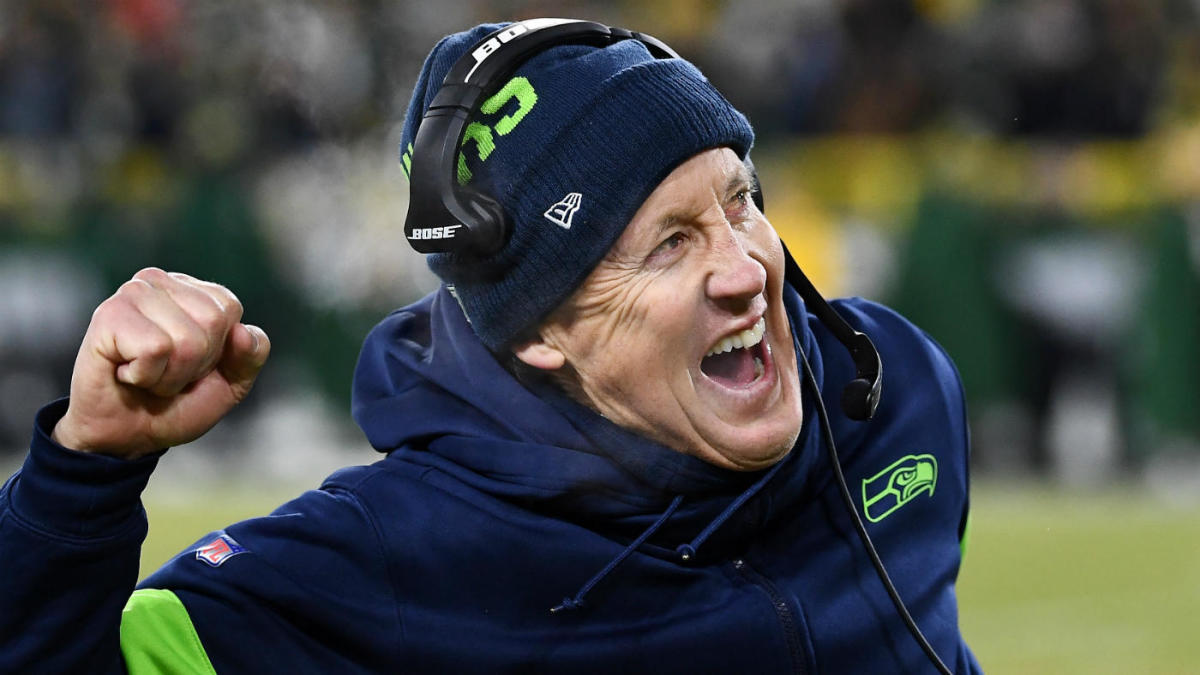 This offseason might already be the craziest one in NFL history and the moves that could change the landscape of the league for the next decade have yet to be made. Seattle Seahawks’ superstar quarterback Russell Wilson’s name has been peppering trade headlines and today his story became a lot more interesting.

Today it was revealed that Wilson stormed out of a meeting prior to the Thursday night game against the Arizona Cardinals after the Seahawks coaching staff refused to take his offensive adjustments into consideration. Ultimately Wilson’s discontent with the franchise stems from someone who has total control, head coach Pete Carroll.

Pete Carroll has been a great coach for the Seahawks, helping deliver the city of Seattle their first ever Super Bowl win and first major trophy since the Seattle Supersonics won back in 1979. One can’t deny that he has done great things for the city and franchise as he has instilled a winning culture that every franchise in the NFL not named the New England Patriots would be jealous of. That being said, the jig is up for the 71-year old head coach and there are a multitude of reasons why it is time for Pete to leave Seattle.

Carroll’s ultimate downfall as a coach is his refusal to adapt and his inability to be criticized. The Seahawks have been running an offense that has been out of date since 2015 and yet Carroll is still dead set on being a run first team. Don’t get me wrong, Chris Carson is an absurdly talented running back but he should never be the focal point of your offense, especially when you have a hall of fame player in his prime under center. Carson should be a feature and not a necessity.

Last summer the Let Russ Cook movement got started in Seattle and what was a slight spark became a roaring fire. The Seahawks offense got off to a historic start last year, shattering team records through the first five weeks of the season and looking on pace to become what might have been the greatest offense ever.

To put things bluntly the offense didn’t just fall off, they plummeted off a cliff.

Teams began adapting to the Seahawks offense that was entirely predicated around throwing the ball deep and handing it off. The inability to throw the ball short or over the middle of the field meant that teams could easily game plan for DK Metcalf’s vertical routes without fearing being shredded elsewhere. Wilson and the offense hit a low point when they got flat out beaten by a 4-7 New York Giants team because they could not figure out a way to beat Cover 2.

Instead of making the necessary adjustments to improve the offense Carroll put his head down and insisted that his philosophy was still the best way forward for the team. This was summarized well with him saying that the Seahawks needed to “run the ball better, not even better, we have to run it more,” to the dismay of fans everywhere following a 30-20 battering at the hands of the LA Rams in last season’s playoffs. At this point you could play any of Carroll’s press conferences following a Seahawks’ postseason loss and they would be the exact same.

Take this press conference following the loss to the Green Bay Packers in the 2019 playoffs.

Rinse and repeat every single year with little to no changes being made for the good of the organization.

Pete Carroll’s coaching ineptitudes encompass both sides of the ball, not just the offense unfortunately. He has been widely regarded as a defensive coach with an offensive philosophy and yet his defense has fallen catastrophically from the days of the Legion of Boom.

Despite being a “defensive” coach, Carroll has not had a top-10 defense in points per game or yards per game since the 2016-17 season, funnily enough the last time the Seahawks failed to make the playoffs.

Over the first half of the last season the Seahawks defense was on pace to shatter the record for most passing yards given up in a season by over 1,000 yards. Miraculously they didn’t finish dead last in defensive passing yards per game, but that is due in part to facing a string of quarterbacks that included Colt McCoy, Dwayne Haskins, Sam Darnold, and Nick Mullens. This culminated with the disappointing loss in the playoffs to a Jared Goff that had issues throwing the ball due to a broken thumb.

Following this loss to the Rams the Seahawks made a big change and decided to fire Offensive Coordinator Brian “Schotty” Schottenheimer after the offense’s fall from grace in the second half of the season.

The offensive failures were not Schottenheimer’s fault and instead are a failure of Carroll’s as he refuses to adjust his play style. Unfortunately for Schotty he was made the scapegoat for the Head Coach’s flaws.

Finding a new offensive coordinator to replace Schotty was certainly eventful for Seattle fans. At the beginning of the process the Seahawks were reported to be looking at former head coaches Adam Gase, Doug Pederson, and Anthony Lynn who all had some serious offensive issues on their former teams.

Then Russell Wilson got involved.

Wilson has always been a quiet person when it came to team personnel and staffing but after this most recent season he decided that his voice needed to be one that the front office heard. As soon as Wilson got involved the names of the offensive coordinators that the Seahawks were pursuing quickly became Ken Dorsey, Pep Hamilton, and Shane Waldron, all of whom are young up and coming coaches in the Sean McVay mold that teams are so desperately pursuing.

Seattle ended up deciding on Shane Waldron who, surprise surprise, was the coordinator that Russell Wilson wanted all along.

All Wilson wants is to be more involved in personnel decisions because they directly impact his legacy and Pete will not let him. After watching Patrick Mahomes struggle under constant pressure and Tom Brady who barely had a scratch on him in the Super Bowl, Wilson decided to go to Pete Carroll to see what could be done about an offensive line unit that at its best has been below average.

Instead of consulting with his superstar quarterback, Carroll has decided to leave Wilson in the dark again.

The Seahawks refuse to pay their offensive lines and it shows. Wilson has taken 394 sacks since entering the league in 2012, far more than any other quarterback in that time span which is horrifying considering players like Tom Brady and Philip Rivers are far less mobile than he is but have been hit far less.

One part of Pete’s philosophy is attempting to cheap out on the offensive line in the hopes that they can develop someone. The trade for Pro Bowl left tackle Duane Brown in 2017 has worked well for Seattle despite giving up a haul of draft picks for him. Aside from that, nobody on the offensive line has been remotely close to starter quality aside from last year’s newcomers Brandon Shell and Damien Lewis.

Shell had a solid season at right tackle until it was derailed by an ankle injury that forced him to miss five of the last seven games in the season. Lewis, a 3rd round pick from LSU in 2020, has looked like an absolute steal. The right guard made PFF’s All-Rookie team and looks to be a rock in the Seahawks offensive line for the foreseeable future.

With left guard and center as two massive holes going into free agency and the draft this year Pete Carroll could turn the franchise outlook around by trying to sign All-Pro center Corey Linsley or All-Pro guard Brandon Scherff. I can tell you right now that he is not going to. His offseason philosophy has always been quantity over quality, and while that worked back in 2013 with the shrewd signings of Cliff Avril and Michael Bennett most free agent acquisitions since then have been underwhelming at best; from average players like Benson Mayowa and the aforementioned Shell to catastrophic signings like Ziggy Ansah and Greg Olsen.

With the way that the relationship between Carroll and Wilson is trending it seems like owner Jodi Allen is going to have to make a decision to choose one over the other in the near future and there is a clear and obvious choice. You pick the franchise quarterback.

Allen needs to give Wilson the reins, similar to what has happened with Tom Brady in Tampa Bay. Nothing happens in the organization without Wilson hearing it first and you do whatever you can to keep him happy. Staff hirings, including head coach, and all player acquisitions should be Wilson approved, at least on the offensive side of the ball.

The only way that the Seahawks can return to the Super Bowl, something that the organization and its fanbase has been craving since the agonizing end of Super Bowl 49, is by giving Wilson control.

Unfortunately for the Pacific Northwest, it does not seem like Jodi Allen has the courage to do what is needed to be done and it could spell the end of Russell Wilson in Seattle.