It is Time to Talk About Raoni Barcelos 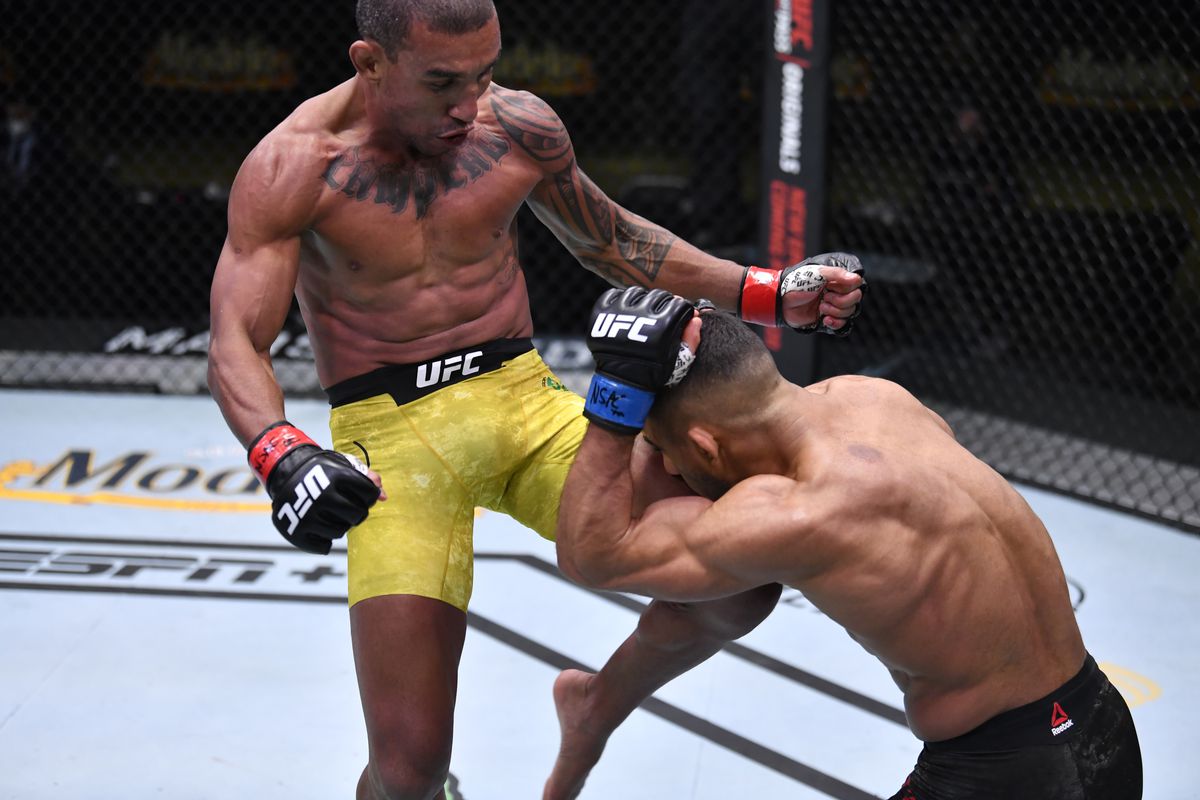 Raoni Barcelos has not lost a fight in six years. Since 2018, he has won five straight fights and has landed highlight reel finishes. This past Saturday, he demolished Khalid Taha and looked like a contender in the making. He is forcing everyone to pay attention.

Barcelos has been fighting for eight years. Losing just once throughout those eight years, has built up a lot of momentum. There is no denying his talent.

His highlight reel knockout of Kurt Holobaugh gave a tremendous first impression. From then on, he has been able to show his ground game and explosive striking.

Now, the bantamweight division has never been more interesting. Many young contenders are rising such as Aljamain Sterling and Cory Sandhagen. Other prospects like Merab Dvalishvili and Sean O’Malley are on the cusp as well.

Hence, Barcelos will have his hands full once he is given a ranked fighter. He certainly deserves an opponent with a number or deserves a ranking himself.

At the age of 33, Barcelos may be ready to jump into any big fight in order to get closer to a possible title shot.

Barcelos is starting to gain traction. He becomes another potential name in the growing bantamweight division.

With a variety of styles, Barcelos presents a unique challenge for anyone with his unique, powerful striking and dangerous ground game.