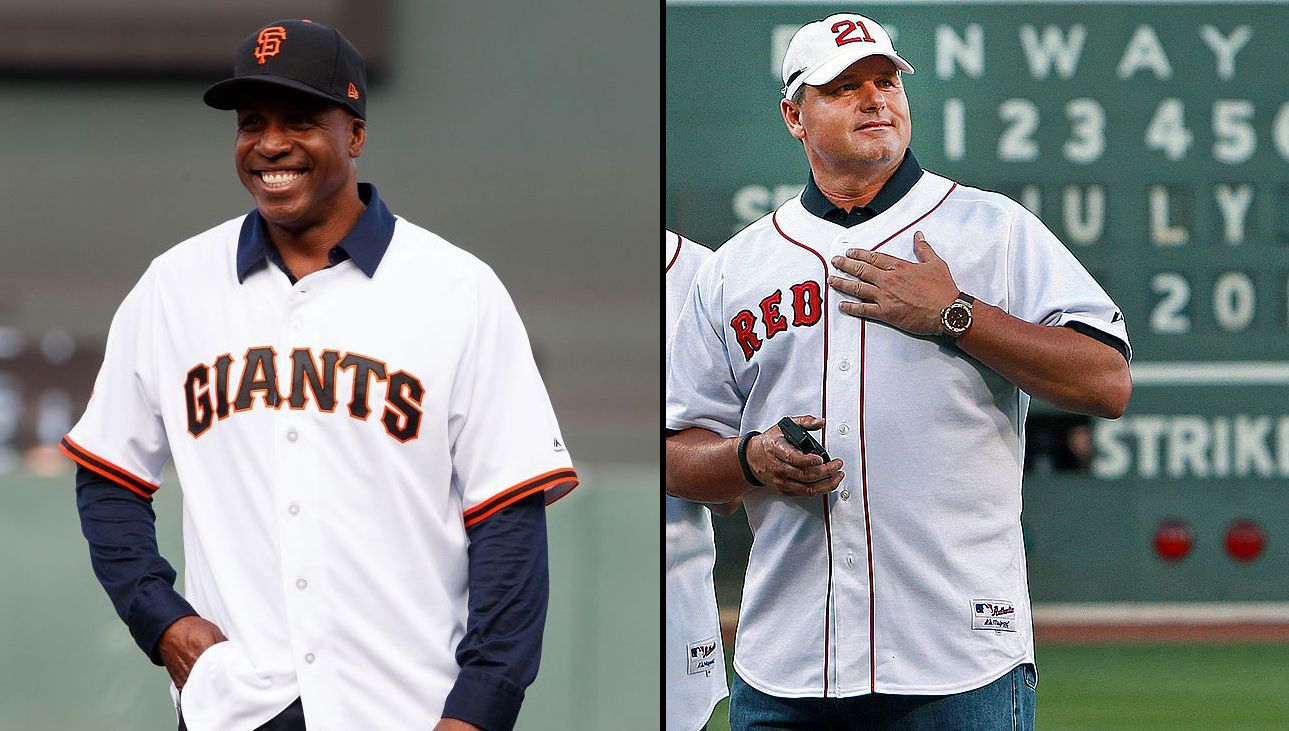 Baseball legends Barry Bonds and Roger Clemens have spent eight years on the Hall of Fame ballot, but have yet to receive enough support to be voted in. Both players received 59% of the vote in 2019, short of the 75% needed to enter the Hall. In 2020, the two only received 61% of the vote, a very small increase from the year before. Bonds and Clemens only have two more years of ballot eligibility before being removed from consideration.

Statistically, Bonds and Clemens are two of the best players in the history of the sport. Besides being the all-time home run leader, Bonds has the second-highest fWAR of all time- second to Babe Ruth. Bonds is tied with Lou Gerhig and Rogers Hornsby for the third-highest wRC+ of all time. Bonds career OBP of .444 is 6th all-time.

Clemens has the most pitching fWAR of all-time and is the only pitcher with over 300 career wins to not be in the Hall (wins are dumb but 300 of them is a traditional measurement for being worthy of the Hall). Clemens has the third-most strikeouts of all-time only behind Nolan Ryan and Randy Johnson.

By every statistical measurement, Bonds and Clemens are sure-fire Hall of Famers. Every baseball writer knows this. What keeps them out of the Hall is the narrative that taking performance-enhancing drugs disqualifies an athlete from consideration.

We are told that baseball in the ’90s stands out as the only era where players did steroids and therefore all of the greats from that time are tainted and their accomplishments are undeserved. No players before Bill Clinton became president ever attempted to use substances to improve their performance. Steroids were a new issue that only applied to recent baseball history.

Yet, sportswriter Dave Zirin once cited a book called The Baseball Hall Of Shame Record Book (written by Bruce Nash, Alan Zullo, and Bob Smith) which offered an account of Babe Ruth falling ill after injecting himself with an extract from a sheep’s testes. Was Babe Ruth, considered the face of the entire sport, attempting to take a performance-enhancing substance? The Bambino would never!

In 1889, eventual Hall of Famer Jim “Pud” Galvin took testosterone from the testes of an animal in an attempt to gain a competitive advantage. According to the Society For American Baseball Research (SABR), the elixir that Galvin took is the first known modern treatment that contained testosterone.

While these attempts by Galvin and Ruth do not actually demonstrate that their performance was enhanced, it is the intent that matters. It was their intention to find an advantage, whether successful or not.

During the 1960s and 1970s, there are many instances on record of players taking performance-enhancing drugs. Former Atlanta Braves relief pitcher Tom House, who played during the 70s, said in an article for USA Today that he and several teammates used amphetamines, human growth hormone and “whatever steroid” they could find in order to keep up with the competition.

“I pretty much popped everything cold turkey,” House said. “We were doing steroids they wouldn’t give to horses.”

House believes that around six or seven pitchers per team had athletes experimenting with different drugs to gain advantages. Players would actively talk about their opponents and their potential drug-use.

“We didn’t get beat, we got out-milligrammed,” House said. “And when you found out what they were taking, you started taking them.”

Hall of Famer Mike Schmidt has said that amphetamines (greenies) “have been around the game forever.” In his book Clearing The Bases, Schmidt claims that greenies were widely available in every clubhouse.

In a 1985 article by the Los Angeles Times, as a result of testimony from the Pittsburg Pirates cocaine trial that year, Dale Berra (son of Yogi) testified that Willie Stargell and Bill Madlock would hand out greenies to their teammates whenever someone asked them for one.

Willie Mays was also made complicit through testimony from the trial, as John Milner told the jury that Mays had a bottle of liquid amphetamines in his locker when he played for the Mets.

To say that players from the “Steroid Era” are the only ones to ever use drugs to gain an advantage is ignorant of history. Leaving contemporary legends out of the Hall of Fame is bad for the sport and diminishes the validity of the Hall itself. How can the achievement have any kind of credibility if it’s excluding some of the best players the sport has seen?

Players don’t just take steroids and hit 60 home runs. There are years of practice and technique and hand-eye coordination involved when training to become a baseball player. It is insulting to all of the players from the steroid era to dismiss their achievements as something artificial and unearned.

The writers who vote for the Hall of Fame need to stop pretending that baseball has been this innocent clean sport for its entire existence and that the steroid era is an aberration in the way baseball players are supposed to behave. Pretending that chemical enhancement isn’t and has never been apart of baseball is dishonest.

Instead of selling the game as some innocent nostalgic “having a catch with your dad” type shtick and treating those who fail the league’s purity test with punishment and shame, the league and its players should be honest about the drugs and training methods that all players participate in. Instead of covering it up and ostracizing those who get caught, the league should be honest with their fans about the way their players prepare and train for their sport.

What is going to happen when David Ortiz and Alex Rodriguez are eligible for the Hall? Is it good for baseball to exclude such obvious legends just because they admitted to taking steroids?

Every baseball player throughout the last century has dealt with a climate of chemical enhancement. To pretend otherwise is dishonest and skews the fan’s perception of the product they are buying.

I hope one day that Barry Bonds, Roger Clemens, and company will be recognized for their outstanding achievements playing baseball by the Hall of Fame. Until their plaques are up in Cooperstown, the Baseball Hall of Fame will remain incomplete.

Derek Jeter, Larry Walker Elected to Baseball Hall of Fame
Derek Jeter Did Not Deserve To Be Unanimous HOF