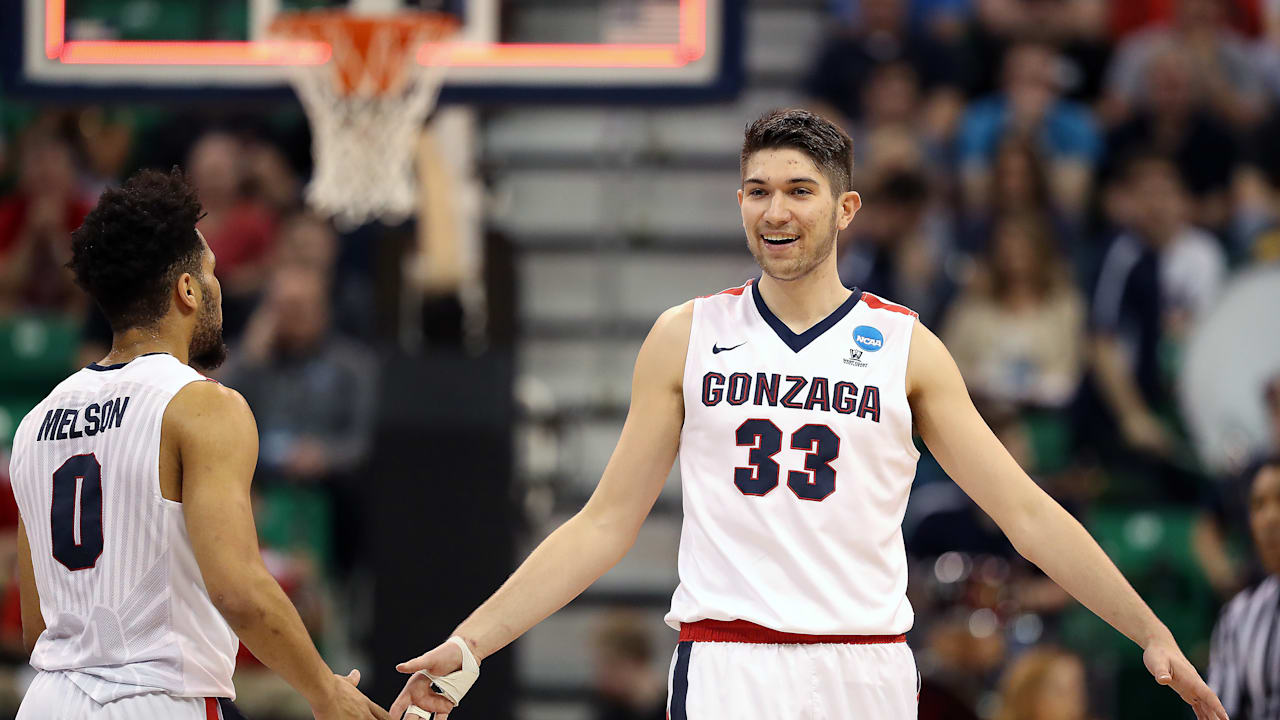 Just as one person’s trash can be another one’s treasure, one spectator’s perception of a boring NBA game could another’s idea of sheer entertainment. Wednesday’s matchup between the Memphis Grizzlies and Utah Jazz is a picture perfect example of that dynamic. On the surface, the game was nothing to think twice about. With headline players such as Donovan Mitchell, Brandon Clarke, and Justise Winslow all absent from the court, one might’ve been tempted to claim that the matchup would have no bearing on the postseason or long-term future.

However, with any potential injury comes a potential replacement. And while admittedly I’m not the world’s biggest Miye Oni fan, Memphis’ injuries at the power forward spot allowed for a much more exciting rotational change. For the first time in his NBA career, Killian Tillie was afforded 17 minutes alongside the Grizzlies’ core–an opportunity that comes over a year after he played his last series of meaningful minutes with Gonzaga (who Killian noted he was excited to see in the coming Final Four). While the report card reads as a mixed bag for the French rookie, my fellow shareholders in property on Tillie Island have to be pleased.

For one, Tillie flashed some intriguing offensive skills, scoring from positions outside his natural stretch four. Though the rookie did his fair share of spotting up from deep, Killian flashed some abilities off the dribble, scoring his initial bucket off the dribble. Matched up with fellow Frenchman Georges Niang (who’s incidentally a decent comp for Tillie in the future), the rookie got Niang off his feet with an instant deceleration, flipping in a layup with confidence.

Killian’s convictions don’t just stem from within, however. “Our team knows what Killian is capable of,” said Ja Morant after the loss. “We preach confidence. Try to make sure everybody’s out there with confidence, try to make sure everybody is out there with confidence and trying to play their game. Personally, I felt like he played great, it’s just a sign that we have a lot of talented people on this team and when their number is called they’re all ready to play.

Tillie’s ability to play into switches also led to positive results for the Grizzlies offense. His other bucket of the night came off a Jordan Clarkson switch–Tillie instantly registered the mismatch by exploiting Clarkson’s shoddy positioning in a 2-3 zone, called for the ball and instantly went up with a half-hook. Unfortunately, this wasn’t a consistent factor of the 23 year old’s outing. In a year where rookies seem more aggressive than ever (Anthony Edwards is fourth in the league in misses, believe it or not), Tillie may be the one player from his class that needs to seek out opportunities more. Here, Killian registers that the smaller Mike Conley has switched onto him, but by returning to the corner he effectively renders the mismatch null and void.

This wasn’t the only time Conley took advantage of the young man on Wednesday, either. The former Grizzly absolutely lost Tillie with this crossover, leading to the rookie guarding air en route to an open-gym triple from Oni. Comedic effect intended or not, Tillie’s little gesture of disbelief may have signaled to some observers that the youngin’ wasn’t ready to hang with the NBA’s best.

However, as the game progressed, Tillie managed to learn some of the veteran’s tricks, sticking with the experienced ball handlers on Utah’s roster. Watch how low he stays while guarding Conley on this possession, keeping his feet active and letting his length do the trick when it comes time for the guard to attempt a shot.

Tillie’s defense in transition also improved over the course of the game. One of his few ‘rookie moments’ came on this early fast break–Killian is by far the largest Grizzly that has a shot of affecting this fast break, so he should be the one gravitating towards Gobert/the paint. Instead, Tillie gets preoccupied by Jordan Clarkson (who De’Anthony Melton probably should’ve picked up), leading to the Stifle Tower’s easiest two points of the night.

To his credit, Tillie immediately corrected his follies in transition. Faced with a similar decision not even two minutes later, he subsequently makes the correct choice in the sequence below–Clarkson happens to make the three-ball, but it’s a far better look to give up than the alternative.

All in all, it seems like the coaching staff was more than pleased by Tille’s efforts. “I’m really proud of the work he’s doing behind the scenes, waiting for this opportunity,” Taylor Jenkins told me after the game. “I felt like tonight he did some good things offensively, kept the ball moving, helped that second unit, but even more so defensively: I loved his ability to get out and switch and guard one-on-one in a couple of situations, and made an impact on the game. I know that he hasn’t had a lot of opportunities this season but I love that he’s making the most of it when he does.” With such high praise, don’t be surprised to see the coaching staff lean on Tillie as their schedule’s intensity picks up.