After Four Years, It’s Time to Re-Visit the Browns-Eagles Trade That Brought Carson Wentz to Philadelphia 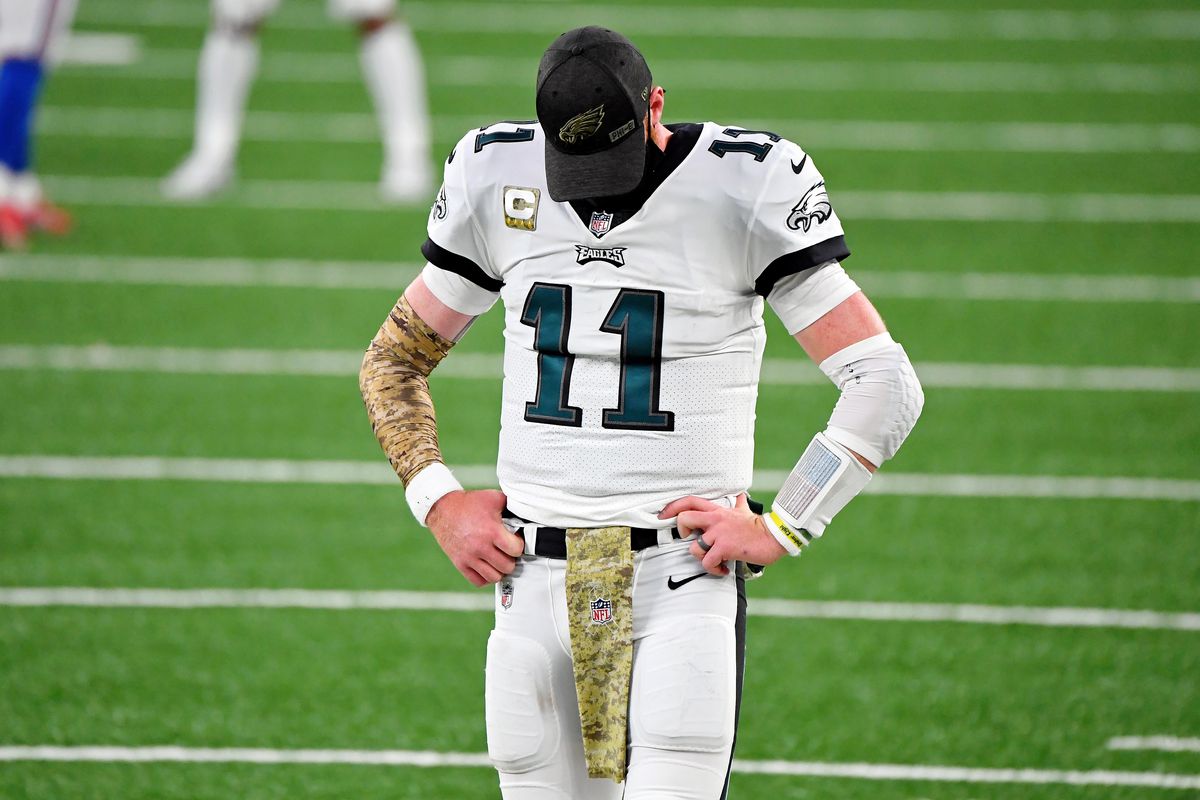 Let’s all go back in time to the 2016 NFL Draft for a minute. The Cleveland Browns had just wrapped up another miserable season in Cleveland, finishing with a final record of 3-13. Although this was a bad year on the field, many fans and people inside the Browns facility in Berea, were very excited about the possibility of drafting a franchise-quarterback in the upcoming draft. The 2016 draft class was loaded, and at the top of the list were two quarterbacks, Jared Goff and Carson Wentz.

With all the futility and on-going look for a franchise quarterback, there was no way the Browns could miss out on one of the top two quarterbacks. Well, in true Browns fashion, they did not end up with either quarterback. About a week before the draft, the Browns traded their coveted number two pick to Philadelphia for more draft capital. The Browns received the Eagles number eight pick in the upcoming draft, along with the 77th and 100th pick in the 2016 Draft. Cleveland would also acquire the Eagles 2017 first round pick, and their second-round pick in 2018.

When Roger Goodell stepped up to the podium in Chicago in 2016, he announced the Eagles had selected North Dakota State quarterback, Carson Wentz. Wentz was your prototypical franchise quarterback. He had size (6 foot 5), the intelligence, and the athleticism to lead the Eagles for years to come.

Early on in 2016, it seemed as though the Browns had made a colossal mistake by not drafting Wentz. As luck would have it, Wentz made his NFL debut against the very team that did not feel he was worth a top-five pick: the Cleveland Browns. The Eagles would go on to win that day, and Wentz was named the Pepsi NFL Rookie of the Week.

After returning from his injury, Wentz’s growth just stalled out. He showed glimpses of the 2017 form, but for the most part, has been slightly above average throughout his career. Now in the 2020 season, Wentz has regressed tremendously from his 2017 form, and has split the Eagles fan-base in two.

In 2018 the Philadelphia Eagles won the Super Bowl over the New England Patriots 41-33. Carson Wentz was not the quarterback for the Eagles, instead he watched the game from home, while Nick Foles led the Eagles to an improbable Super Bowl victory.

Now, five years later, the Browns hosted the Eagles, in a must-win game for both teams, Wentz finally returns to what could have been. From 2016 til now, the Cleveland Browns were a dumpster fire, to say the least. However, under new head coach Kevin Stefanski, things seem to be turning around in Cleveland, while in Philadelphia, their future is uncertain.

In Sunday’s loss to the Browns, Carson Wentz sure as hell did not look like a franchise quarterback. He was 21-35 for 235-yards, two touchdowns, and two interceptions. The Browns and Baker Mayfield controlled the game on Sunday, coming out with a big 22-17 victory.

After all this time has passed, do we still fault the Browns for trading back in the 2016 Draft? Some people will say yes, Baker Mayfield isn’t exactly your prototypical franchise quarterback. However, the majority of fans have gotten over the sting of not drafting Wentz in 2016, as the Browns are sitting pretty this year at 7-3, and if the season ended today they would travel to Buffalo to play the Bills in the first round of the NFL Playoffs.

Carson Wentz in 2016 was indeed a franchise quarterback, but he just ran into major injury problems. Many people blame Wentz himself for his injury problems, as he is known to scramble with no regard for his safety. You also have to wonder if, deep down, Wentz would prefer to be in Cleveland right now. After Sunday’s game, it wouldn’t surprise anyone if he would rather be playing in Philadelphia.

Where Are They Now (Players That Came from the Wentz Trade)?

Final Results: The trade with the Eagles also netted some other players if you really go into the tentacles of the trade. However, through the Philadelphia trade, the Browns ended up with a top cornerback in Denzel Ward, and possibly the most exciting receiver in the NFL, Odell Beckham Jr. With where the two teams stand right now, it’s safe to say the Browns won the original trade.