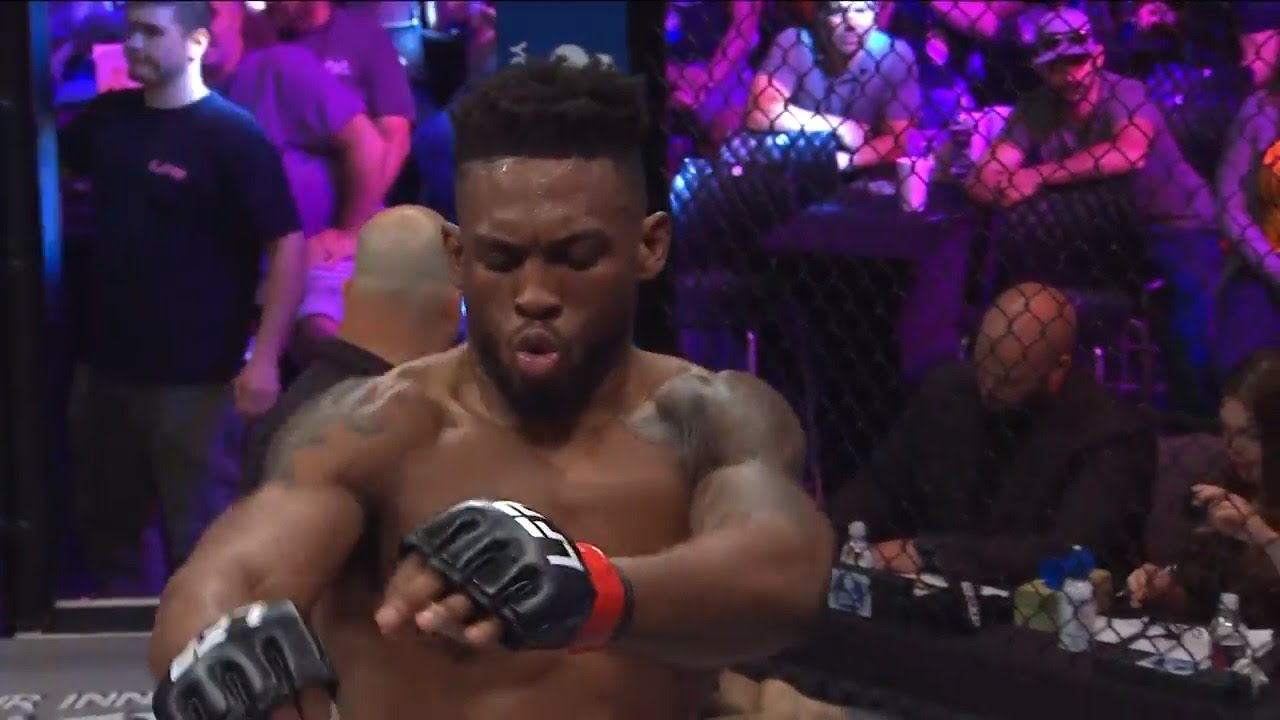 J.P. Saint Louis moved to Florida to be closer to family and to further chase his MMA dreams. He’s learning how to maul his opponent at his new gym, Fusion X-Cel Performance.

Saint Louis is grasping the vivid details of the ground and pound aspect of MMA by working with and learning from his new teammate Julien ‘J-Smoove’ Williams.

“Under Julien Williams, he’s got a phenomenal ground system you would say, like it’s grappling with a lot of ground and pound and things of that nature. That’s what he was really good at.”

“So just trying to pick that up and learn how to implement that into my game, but I have some ground and pound. I’ve shown that I know how to ground and pound, but it’s just learning the finer details of it and pretty much just learning how to f*** somebody up with grappling… almost Khabib style,” Saint Louis explained.

‘Too Much’ moved down to Florida to be closer to his family after training in Wisconsin at the renowned Roufusport for five years. Saint Louis has a lot of respect and love for his former team.

“I mean I got a lot of work you know… Mike ‘Biggie’ Rhodes, Belal Muhammad, Gerald Meerschaert… guys like Brendan Allen, Jordan Newman,” he continued. “Those guys were some of my main training partners and a lot of the things I learned were different parts of the fight game; like knowing how to throw strikes and when to throw strikes.”

He mentioned Roufusport coaches Duke Roufus and Scott Cushman as two men who helped him progress along the way.

“Getting my hands right and things of that nature. Just show that I’m a well-rounded fighter,” he told me.

It’s hard to blame Saint Louis for gaining confidence from his resume after defeating two guys who have fought in the UFC (Matthew Semelsberger and Collin Huckbody). He’s beaten two men who have fought for Bellator also (Tyler Ray and Scott Writz).

“I have three people I’ve fought so far who are in the UFC; two of them I’ve beaten,” he stated. “So that gives me some good confidence and really I just feel like I know how to fight and I haven’t taken the easy route.”

Saint Louis has won three out of his last four bouts and he’s looking to get back in there soon.

“Hopefully I’m gonna be competing pretty soon… they’re looking for a fight. I believe in getting familiar with the coaches, your training partners, everybody, because they’re going to be the ones cornering you. Getting to know what they expect in certain scenarios.”

Right now, ‘Too Much’ is working and training to be dangerous no matter where the fight goes. The most feared fighters in this sport are the ones who can win both on the feet and the ground, while also exhibiting good cardio in the process.

“In terms of striking, I’ll stay in people’s faces and I hit hard. I’ve been working on getting my grappling to that same level to where I’m just as scary grappling as I am striking,” he described. “I have the submissions, but I haven’t mauled people all too many times yet. Overall I’m just tryin’ to break somebody,” he concluded.

J.P. Saint Louis is a smart man in and out of the cage. He is also someone who is here to make the world a better place by spreading positivity. I asked him about a post on his Instagram and what he plans to use his growing platform for.

“It’s something that I’ve always been on… I was raised to be that kind of person, but probably since like 2013-14 I became more aware of certain things and got a little more serious with it. It’s really just all positive stuff… like look I’m a black dude, I listen to rap, I do some things that people might consider stereotypical or whatever, but I also have my bachelor’s degree. I’ve never gotten in trouble, both my parents were in my life, I haven’t been to jail… things of that nature. Promoting that positivity and I don’t have to tear down another black person.”

No official word on when J.P. Saint Louis will fight next, but in the meantime you can check out highlights from his LFA 77 win over Derek Varin here.

Lightning Redeemed In Historic Stanley Cup Win
What’s Next for the Middleweight Division after UFC 253?