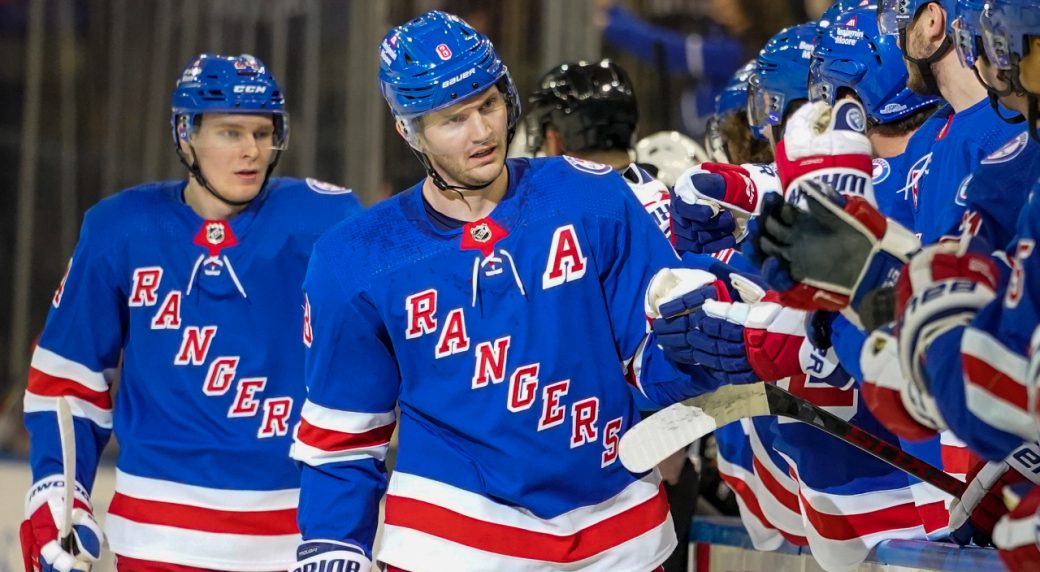 The defenseman was voted as captain by fellow Rangers players and was decided upon by GM and team president Chris Drury. “Since he joined the Rangers, Jacob has consistently displayed all of the qualities we want in a leader on and off the ice,” Drury said in a statement. “As we look to take the next step as an organization, he is a role model for all of our players to follow and the perfect choice to be our captain.”

The 28 year-old defenseman is entering his fourth year with the team after coming over in a 2019 trade from the Winnipeg Jets. He admitted that it took time to gain comfort in his New York surroundings, but he’s emerged as one of the clear locker-room leaders in the past two seasons. Teammates have noted that he’s become the chief organizer when it comes to keeping guys on task and arranging off-ice activities, while multiple people close to the situation have stated that Trouba is often the one to speak up in front of the group and deliver important messages. His mentorship of defensive partner K’Andre Miller and the rest of the Rangers’ D corps is just as notable.

“I can’t say enough good things about him,” defenseman Ryan Lindgren said in June. “He’s our leader back there and he sets the tone each and every night. He’s always talking on the bench, helping guys out, and I think that’s key for us.”

The Rangers went with six alternate captains last season, with each playing their own role in the leadership circle. The players embraced sharing those responsibilities, but the pressure to lead will now fall squarely on Trouba. It’s notable that he was chosen over the longest tenured Ranger, Chris Kreider, who is entering his 11th season with the team and is admired by many of his teammates and fans alike.

Trouba had his most productive season with the Rangers in 2021-22, scoring 39 points (11 goals and 28 assists). He’s become the team’s physical tone-setter, with his trademark for heavy hits being noticed last season. The Rochester, Michigan native has four years left on a contract that pays him $8 million annually. He has a no-movement clause that runs through the 2023-24 season, at which point he can submit a 15-team no-trade list.

With the Rangers finally having a solid leader in the form of a captain, as well as great free agency picks, it can be expected that team motivation will run high in the coming seasons.