Jake Powell Is Home Playing for the New York Guardians 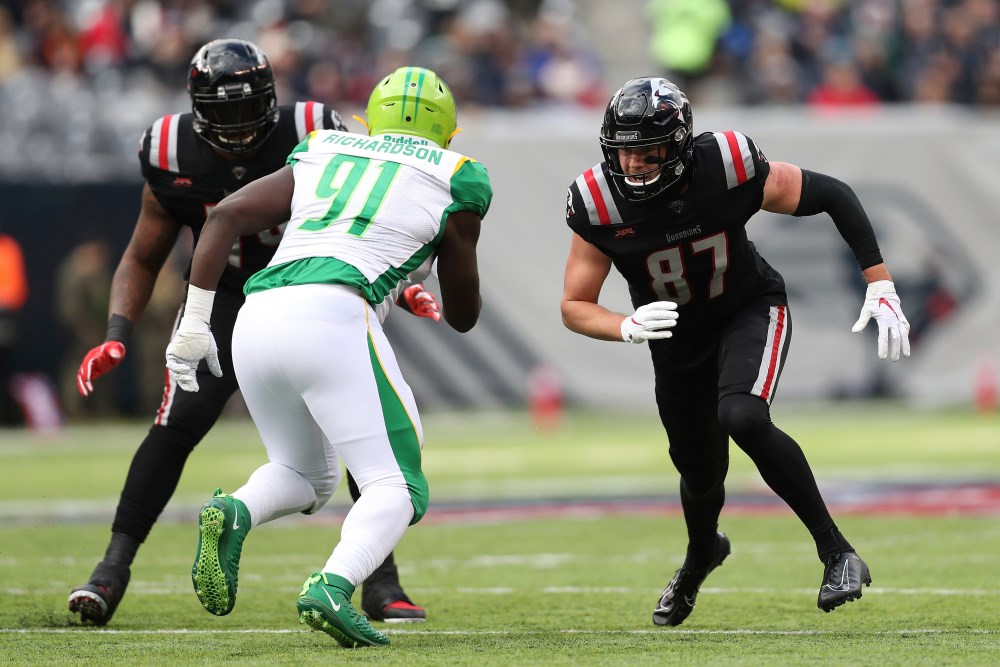 New York Guardians tight end Jake Powell is integral to the team’s offensive gameplan. Powell talked to Back Sports Page about his opportunity with the XFL and what it means to play so close to home.

Powell is a New Jersey product who grew up in Jersey and played college football at Monmouth University. Powell went undrafted in the 2019 Draft but signed with the New Orleans Saints. However, the Saints cut Powell and he was picked up by the New York Giants- his local New Jersey team.

“I’m a young guy myself, having only my rookie year with the Giants. It was definitely a cool opportunity obviously being in New York, close to home, felt like home, just being around an NFL locker room.”

However, the Giants cut Powell in late August just before the season started. In the fall, the Guardians drafted Powell in phase 5 of the XFL Draft, becoming the team’s starting tight end.

“I’m blessed to have the opportunity to keep playing my childhood dream of professional football. I worked hard to get here and I’m still not done with my journey. I’m excited to get this opportunity to get film, a lot of good competition to play out there and win games for this team.”

Powell joins a Guardians roster with football players from all over the spectrum.

“Everyone’s had a different journey. There are guys with multiple seasons in the NFL while there are other guys who haven’t had the chance to get there yet. Everyone has that same goal of developing their skills to get to the NFL, to get to that higher level. It is a great experience and I am happy to be here.”

Powell playing his home games at Metlife Stadium offers the opportunity for his friends and family to see him play.

“It’s awesome I have about 50 people in the stands last week, lots of friends and family, a big support system for me. It’s awesome that I’m close enough they can get into the car and drive an hour and a half to come and see me.”

The Guardians play their next game against the St. Louis Battlehawks on Sunday, February 28th at 3:00 pm ET.