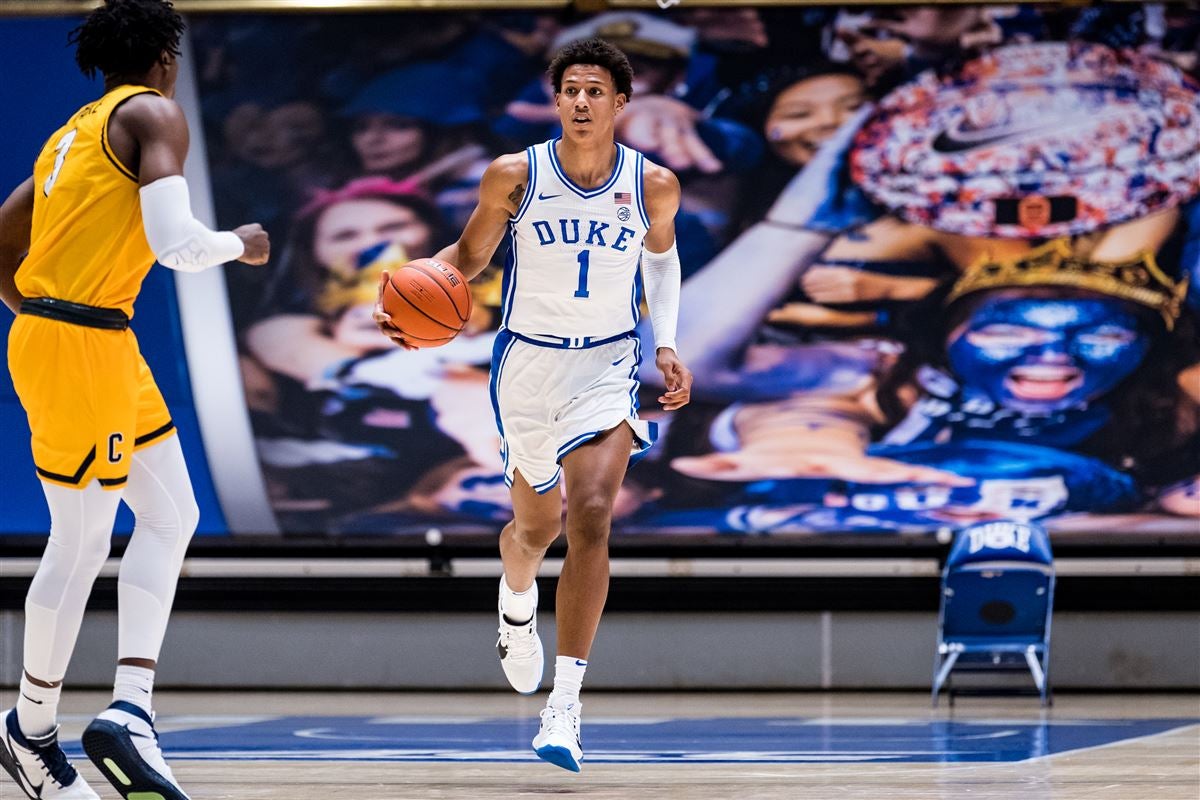 Yesterday the former ESPN number thirteen overall recruit and current Duke Blue Devil Jalen Johnson opted out of playing for Duke for the rest of the season to focus on the 2021 NBA Draft. This news comes as a bit of a shock, as Johnson was the headline recruit for Coach K in the 2020 cycle. The Blue Devils currently have record of 8-8, which is a huge drop off from last year’s 32-6 team that finished eighth in the final Coaches Poll.

Johnson started off the season with an incredible 19 point, 19 rebound performance against Coppin State in Duke’s opener. However, a few weeks after that performance, he suffered a foot injury and had to be sidelined for three games. He returned to the starting lineup when he was healthy, but as of late he can be found near the end of the bench. Johnson played a combined 23 minutes in Duke’s last two games, including a three point performance against North Carolina State, where he only played eight minutes. Johnson released this statement in a press conference on Monday:

“I appreciate everything about my time at Duke,” Johnson said in a Duke news release Monday night. “Coach (Mike Krzyzewski), my teammates and the program have been nothing but supportive throughout this season, especially during the rehab of my foot injury. My family, coach and I have made the decision that I should not play the remainder of this season so I can be 100 percent healthy in preparation for the NBA Draft.” (ESPN)

In thirteen games this year Johnson averaged 11.2 points, 6.1 rebounds, and 2.2 assists per game this year. ESPN has Johnson ranked as the number six overall prospect for the 2022 NBA Draft. Johnson has had injury problems in his past, playing only one full year in high school. After his junior year, the big-time prospect attended IMG Academy in Bradenton, Florida. He eventually left IMG Academy and suited up for nine games for Nicolet High School in Wisconsin. Coach K had this to say about Duke’s continued support for Johnson:

“While we are encouraged by what we are seeing medically, for Jalen’s future, we believe this decision is in his best interest,” Krzyzewski said in the release. “We are ultimately careful with every one of our players and will continue to support Jalen as he progresses toward his goal of playing professional basketball.”

This is just the cherry on top of Duke’s tumultuous 2021 college basketball season. Duke is off to an 8-8 start, which is it’s worst since the 1994-1995 season, when Kryzewski missed 19 games because of back problems. The Blue Devils have bad losses at Virginia Tech, Pitt, and Louisville. They have also lost at home to arch rival North Carolina and Michigan State. Inside the friendly confines of Cameron Indoor Stadium, Duke has struggled as well with losses at home to Notre Dame and Illinois.

Before I get more into this article, I am going to come out and fully say I’m a die-hard North Carolina fan, and watching this season spiral out of control for Duke has been rather enjoyable.

“We’re the thing that the NCAA is most concerned about because men’s college basketball and the tournament pays for something like … it produces 98% or more of the money for the NCAA,” Krzyzewski said. “We need to have the tournament. We can’t have it where two years in a row you don’t have the NCAA tournament.” (SportsCasting)

However, just a few weeks later after two early-season losses. After squeaking by Coppin State in the season opener by only ten points, they lost their second game of the year at home to Michigan State. A week later, the Blue Devils were unimpressive in their home win over Division I newcomer, Bellarmine. Finally, a week later the Blue Devils lost again at home, this time to a very talented Illinois team. Not only did they lose, they were run out of the gym, as the Illini cruised to a fifteen-point win.

Being the true hypocrite that he is, after the loss Coach K had this to say about possibly shutting down the current college basketball season:

“I don’t think it feels right to anybody,” Krzyzewski said in his postgame press conference Tuesday. “I mean everyone is concerned. We made an assessment. I’m not sure who leads college basketball. It’s done by committee. Anything that’s led by committee is not agile in handling a situation. There was a consensus. It wasn’t like well-planned. Just that we were going to start Nov. 25. That was made without knowing where the vaccine was, how many cases. Basically, it was more a mentality of get as many games in as possible. I would just like for the safety, the mental and physical health of players and staff to assess where we’re at.” (SportsCasting)

It’s truly amazing that Coach Kryzewski gets away with this kind of stuff year in and year out. Just weeks after saying the NCAA can’t afford to have another season without a tournament, he questions the morality of playing a college basketball season. In the end this quote by Coach K truly shows the true side of the old and hypocritical coach. Finally, a couple of weeks after the Illinois loss, Coach K verbally attacked a Duke student reporter in a press conference when the student asked Coach K what his team was going to do going forward after the rocky 5-5 start. This was the exchange:

While the experts and pundits were over the top in going after Coach K after his response, this is just another sign that Coach K is on the wrong side of his career. He adapted to the one-and-done rule initially, but now he just can’t keep up with the current college landscape. The following quote just sums up how the season is going for Duke and Coach K.

“Look, I just got my butt beat by a lot,” he said. “Anything I say, someone can say, ‘He’s saying that because he got his butt beat.’ Do I think things should be done a little bit different? I mean, yeah. A lot of kids aren’t going to be able to go home for Christmas. It’s probably a time when they should, for mental health. But we’re just plowing through this.” (SportsCasting)

Unbelievable. It’s about time the guy retired. He had an incredible run as one of the best coaches of all-time. Not only did he lead Duke to five national championships, but he also guided Team USA to three gold medals in the 2008, 2012, and 2016 Olympics. However, it’s time for him to hang up his clipboard and retire to enjoy his national championships and gold medals. I don’t like Coach K, but I certainly respect him, so before he ends up on a Michael Jordan like end of the career tour, hang em up Coach K, it’s best for all of us!

March Madness is getting closer and closer each day, and I for one, can not wait! May experts are predicting that this year we will see a large number of upsets because of the irregular season. Oh boy will it be great to not hear Duke’s name called on Selection Sunday. What comes around goes around, Mike!