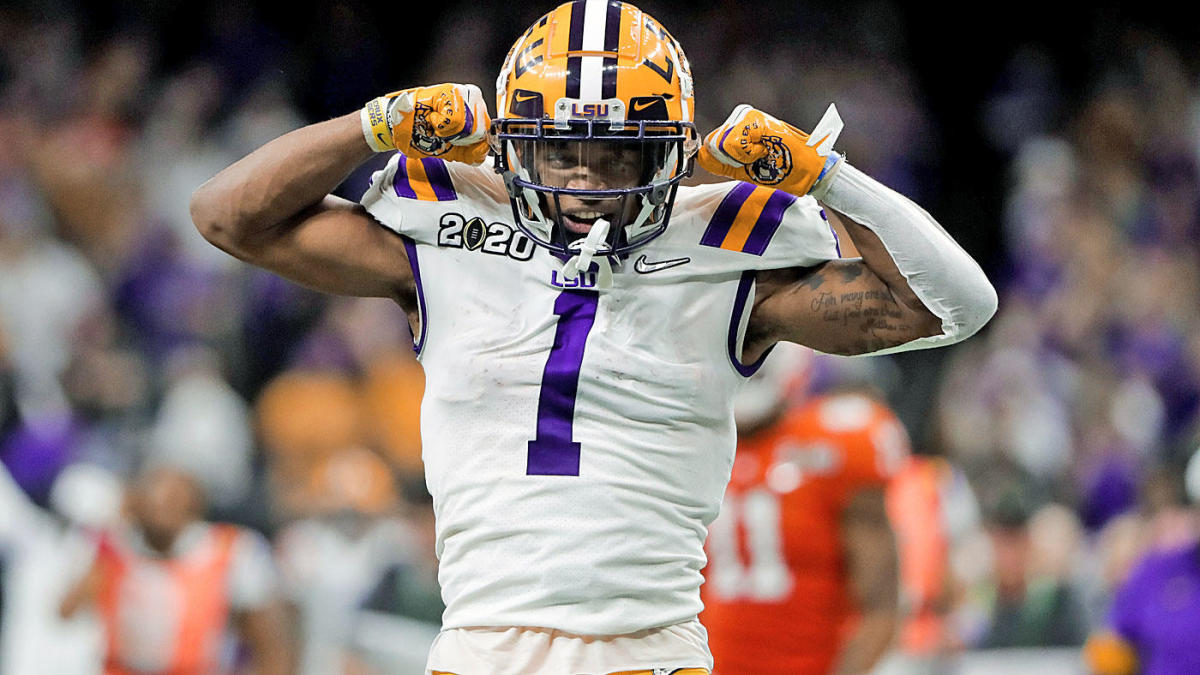 Summary: Before making headlines by opting out of the 2020 season, Chase put up an impressive sophomore campaign. Surrounded by Heisman winning quarterback Joe Burrow, a first round pick at running back in Clyde Edwards-Helaire, and a Joe Moore award winning offensive line, Chase had plenty of talent to help him out. However, Chase was possibly the best football player on that 2019 LSU roster. With 84 receptions for 20 TDs, Chase averaged 21.2 yards per reception. What makes that stat line more impressive is that with the amount of weapons that team had to spread the ball to, Chase was still a major impact player for the offense.

Ja’Marr Chase specifically excels at contested catching, as it was rare for him to not come down with the 50-50 ball. A physical receiver, Chase makes for an easy third down/red zone target. In addition to his physically dominating playstyle, Chase is extremely elusive in the open field. His reliability in both securing the catch and picking up yards after gives him the potential to be the first WR off the board in a draft class that also hosts a Heisman winner in Devonta Smith and potential top-10 pick Jaylen Waddle.

In his tape, there’s nothing not to love. His route running isn’t elite, but that can still be developed. However, not on tape there’s character concerns and a 2020 season hosting a total of zero reps for Chase. These factors may give NFL teams hesitance to pick him if other star receivers are on the board. His height is decent, but nothing to write home about, and his main strength in contested catching will be tough to translate to the pros. Ja’Marr Chase isn’t the kind of guy you would call a risk, just watch his 2019 tape, but a receiver like Waddle might be seen as a safer option if a team like Miami is comfortable trading back and letting Chase possibly reunite with former LSU teammate Burrow in Cincinnati.

Cons: Size, One Year Of Film, Doesn’t Play Hard When Not Targeted