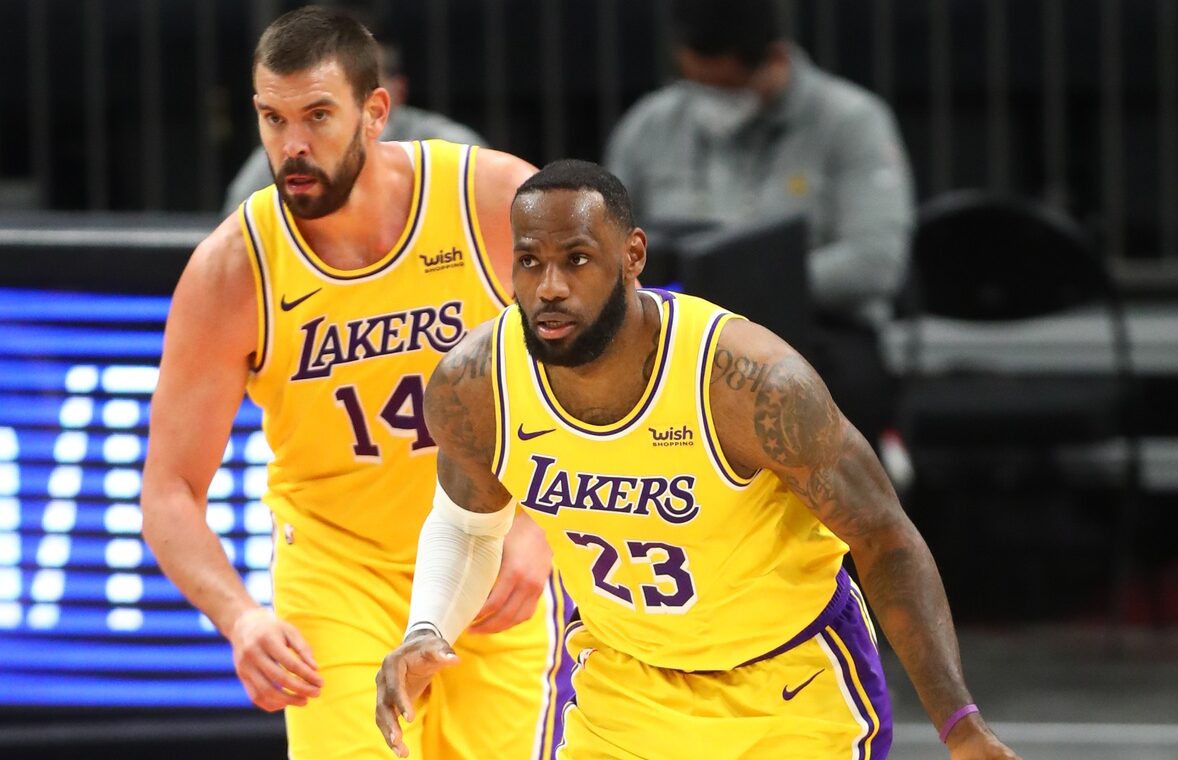 The Los Angeles Lakers defeated the San Antonio Spurs 109-103 for their first win of 2021 Friday night. The Lakers defeated the Spurs 121-107 prior to todays matchup on Wednesday to cap to cap off 2020. LeBron James and company took care of business showing that they their dominance on defense and the fast break.

LeBron James continues to show out as he celebrated his 36th birthday in winning fashion. The birthday boy had himself an average game putting up 26 points, five rebounds, eight assists, one block and one steal. Not to mention that he broke yet another NBA milestone, scoring in double figures for the 1000th straight game. James passed Michael Jordan for the record back in 2018, when he recorded his 867th straight game with 10-plus points.

LeBron recorded his first triple double of the season tonight putting up 26 points, 11 rebounds and 10 assists. He looked in complete control in both games knowing exactly when to assert himself or facilitate to teammates. However it was in the fourth quarter where James flourished tonight. At the 2:26 mark James connected with Anthony Davis on a clutch three-pointer to tie the game at 103. The King put the game away after over powering Derrick White down low for a questionable and-1 no call.

Though James has repeatedly tweaked the same ankle a few times this season, he still continues to lace up his shoes and perform at a high level.

Entering this two game series, a lot of eyes were on Davis. After putting up a disappointing outing against the Portland Trailblazers, Davis needed a bounce back. A knock on Davis while he’s been with the Lakers has been that he shows his lack of aggression. In last season’s playoffs, at times AD would settle too much but when he did become assertive it took the Lakers to another level. The prototypical big man has all the talent to be an MVP this season. He has guard skills to get past slower defenders as well as having the strength to overpower smaller ones.

Unlike in the Trailblazers game, we saw the dominant Davis that we know and love. Anthony posted up a double-double going for 34 points and 11 rebounds in the win. When Davis decides to put his focus on scoring and dominating anyone in his way he is an unstoppable force. If Davis can continue to keep up his aggressive play, he will be a top candidate for MVP.

Wednesday nights game was off-season signing Wesley Matthews welcome moment. The sharpshooter found his stroke and made be known he must be watched at all times. Matthews went six for six from behind the arc scoring 18 points in the contest. He is tied at second with Nick Van Exel in Lakers history for most three pointers made without a miss. The first of course being the late great Kobe Bryant.

Wesley’s shot falling was never a concern for the coaching staff. He has shown the effort and hustle on the defensive side of the ball which is very encouraging to see. For Matthews it was more of a rhythm issue rather than a mechanics issue with his shot. Now with Wesley understanding his role and filling the spaces behind the arc, expect more attempts to come his way.

If there is one negative aspect of the season thus far, it has to be the high turnover count. However this is much of a cause for concern for the simple fact that this team is still learning each other. Even though this team did not have the luxury of a full training camp or preseason together, they still show flashes of greatness. Above all things, the chemistry is there and it looks like this team enjoys being around each other. The comradery from last season’s roster was played a big part in the championship run. But now with new faces in and the old ones out, James and Davis continue to make everyone feel comfortable and themselves.

“This Is The Grizzlies You’re Used To”: Memphis Rights The Ship In Charlotte
Lonzo Ball Ready to Take the Next Step