Jared Dudley is the Face of Bench Mobs, But He Now Has to do It in a Suit 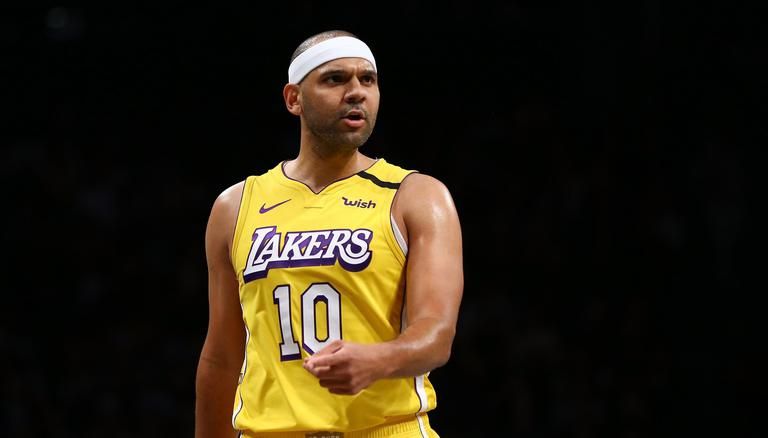 After playing 14 years in the NBA, Jared Dudley is finally entering retirement, but his energizing bench presence will carry on as a coach.

There truly may not be any in basketball quite like Jared Dudley. In just over 900 career NBA games, Dudley averaged 7.3 ppg, 3.2 rpg, and 1.5 apg, but his role consistently went well beyond his on-the-court performances. He embodied the focussed, morale-boosting veteran every team’s bench needs. The Heat had Udonis Haslem. Whereas several other franchises had Jared Dudley. In all seriousness, though, he truly brings something to a locker room few else can do.

Specifically, during his one-year stint with the Brooklyn Nets, he had a role and served it well. After signing D’Angelo Russell, the Nets had finally put together an exciting, young team full of talent. Although that team was fun to watch, their bench was even more entertaining. And leading the way for Brooklyn’s bench mob was none other than… Jared Dudley.

Dudley’s tenure included seven different franchises. Doing so allowed him to play alongside and mentor several Hall of Fame-caliber players such as Steve Nash, Chris Paul, Giannis Antetokounmpo, and LeBron James. As a member of all those teams, he knew them on or off the court inside and out. He was the ultimate vet, teammate, and leader. LeBron James, a valid GOAT candidate, complimented him for his team-first mindset and willingness to do anything and everything.

As reported by Harrison Faigen of SB Nation, Lebron praised “Dudz” as “one of those guys that whatever the team needs… he is ready for whatever, both on and off the floor… That is a diamond in the rough to have for a championship-aspiring ball club.” A championship LeBron, Dudley, and the Los Angeles Lakers finally achieved in the 2020 bubble. However, after a two-year stint in LA, the Lakers decided not to re-sign the 36-year old.

Dallas Signs Dudz… As a Coach

After 14 years with the Dallas Mavericks, Rick Carlisle and the team parted ways. To replace him, Dallas brought back Jason Kidd, who actually won an NBA title under Carlisle in 2011. While he is more than likely heading to Mavericks’ Hall of Fame someday, Carlisle had simply lost touch with his new roster and continued falling short of management’s goals. Along with Carlisle’s departure were several key assistants, such as the Magic’s new head coach, Jamahl Mosley.

Therefore, Kidd needed to build up his coaching staff in Dallas. Amongst those he has hired is Jared Dudley. Dudz played under Kidd back in 2014 with the Milwaukee Bucks. Furthermore, Dudley recently advocated for Kidd’s time in Milwaukee, especially when the team was as bad as it was.

Jason Kidd was a great coach in Milwaukee. The man single handedly change the culture.. One of the biggest turn arounds from one year to the next in NBA history. I personally saw what he did for Middleton and Giannis. He laid the foundation for them winning the chip this year.. https://t.co/VkaUVAHFph

Clearly, Dudley is fond of Kidd and was thrilled to have him again in Los Angeles. So, when Kidd got the head coaching job, Dudley took their relationship and turned it into a new career. Specifically, his role for Dallas was entitled as a front-of-bench assistant. While his exact job duties are uncertain, there is no doubt this detailed title is due to his incredible bench presence. His playing career may be over, but Jared Dudley will still be in the front-and-center of the Mavericks’ bench mob.